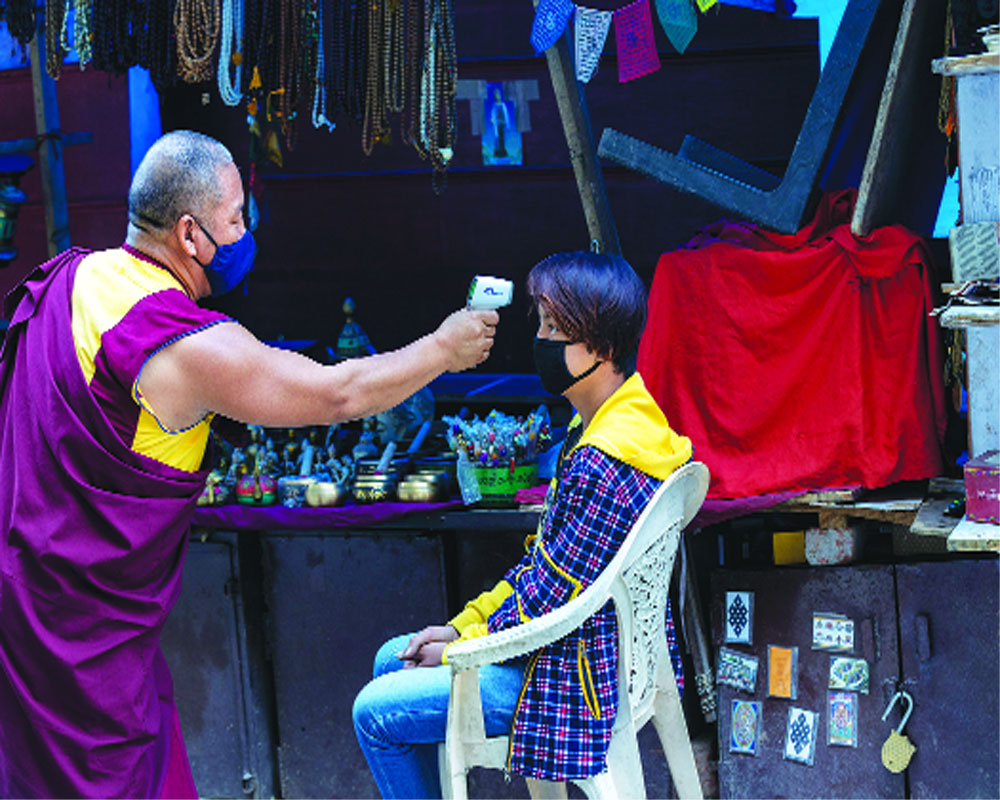 Only a fraction of cases/fatalities detected for want of adequate tests worldwide, says former director of WHO’s Health Action in Crises

On March 27, Daniel Lopez-Acuna, former director of healthcare in crisis situation with the World Health Organization (WHO) said the number of people currently affected by coronavirus is very, probably “ten times”, higher than the official confirmed case, both in Spain and worldwide.

Nearly two months ago, when coronavirus spread was in its midway stages, Lopez-Acuna’s warning failed to create any stir, both in Europe and elsewhere. After all, a Spanish citizen was speaking primarily in the context of the Spanish outbreak. Two months down the line, the entire world is haunted by the fear that the number of actual cases could be many time more than the reported ones. The death count could be equally manifold.

Various studies conducted across the globe have shown that only a fraction of the infection and fatalities are being detected due to inadequate testing. This means the number of people who have been quarantined is far less than those out in the streets or filling up work places and spreading the virus. These undetected “carriers” may be the single biggest hurdle in preventing the spread of coronavirus, more so in India, where testing has been far less than other equally affected nations.

Take the case of the United Kingdom, which has 2,57,154 cases till date. A study by the researchers at Stanford University estimated that the virus kills 1.04 per cent of affected patients in the United Kingdom. Since on May 19, the day the study was published, the UK had reported 48,417 deaths, it is estimated that the total infection stood at 4.65 million, nearly 19 times more than the tally of 2,40,00 cases on that day.

Similarly, researchers from the University of Bonn have said the number of coronavirus infections in Germany could be 10 times higher than currently thought.

The researchers tested 900 persons at Gangelt in Heinsberg district in the western German state of North Rhine-Westphalia. The finding published on May 3 showed that out of 900 persons from 404 households who were tested, around 15 per cent were found infected. This was five-time higher than the number of confirmed cases reported officially by the Robert Koch Institute.

The infection rate corresponded to fatality rate of 0.37 per cent. If this fatality rate is applied on a national scale, it would mean ten-time more infection than the reported ones in Germany.

Similarly, way back on March 24 itself, a top Italian Government official who headed the agency collating the Covid-19 data, confirmed that the number of cases in the country could be ten-time higher.  “A ratio of one certified case out of every 10 is credible,” Angelo Borrelli, the head of the Civil Protection Agency, told La Repubblica newspaper.

Let us now take a look at the US scenario. According to the Worldometer --- the foremost global website that 24x7 tracks down the countrywide number of new cases and fatalities --- since a large number of cases are asymptomatic and that testing is sparse, only a fraction of the infection is detected.

“The number of actual cases is therefore estimated to be at several multiples above the number of reported cases. The number of deaths also tends to be underestimated, as some patients are not hospitalised and not tested,” it said.

“If we base our calculation (deaths/cases) on the number of reported cases (rather than on the actual ones), we will greatly overestimate the fatality rate,” it said.

The Worldometer analysed the data provided by New York City, the New York State antibody study, and the excess deaths analysis by the Centre for Disease Control and Prevention (CDC) and said that the number of actual cases is 10 times the number of confirmed cases.

According to the analysis, the New York State conducted an antibody testing study showing that 12.3 per cent of the population in the state had Covid-19 antibodies as of May 1, 2020. The survey developed a baseline infection rate by testing 15,103 people at grocery stores and community centers across the state over the preceding two weeks. The study provides a breakdown by county, race (White 7%, Asian 11.1%, multi/none/other 14.4%, Black 17.4%, Latino/Hispanic 25.4%), and age, among other variables. 19.9 per cent of the population of New York City had Covid-19 antibodies.

With a population of 83,98,748 people in NYC, this percentage would indicate that 1,671,351 people had been infected with coronavirus and had recovered as of May 1 in New York City. The number of confirmed cases reported as of May 1 by New York City was 1,66,883, more than 10 times less.

As of May 1, New York City reported 13,156 confirmed deaths and 5,126 probable deaths (deaths with Covid-19 on the death certificate but no laboratory test performed), for a total of 18,282 deaths The CDC on May 11 released its “Preliminary Estimate of Excess Mortality During the Covid-19 Outbreak - New York City, March 11-May 2, 2020” in which it calculated an estimate of actual Covid-19 deaths in NYC by analysing the “excess deaths” (defined as “the number of deaths above expected seasonal baseline levels, regardless of the reported cause of death”) and found that, in addition to the confirmed and probable deaths reported by the city, there were an estimated 5,293 more deaths to be attributed.

These studies are pointer to a grim scenario that could unfold in weeks and months to come in the backdrop of the fact that the countrywide lockdown has been reduced to a mere formality after the relaxation of norms, major discrepancies have surfaced in death figures from States, and millions of hapless migrants are on the march as “super carriers of corona.”