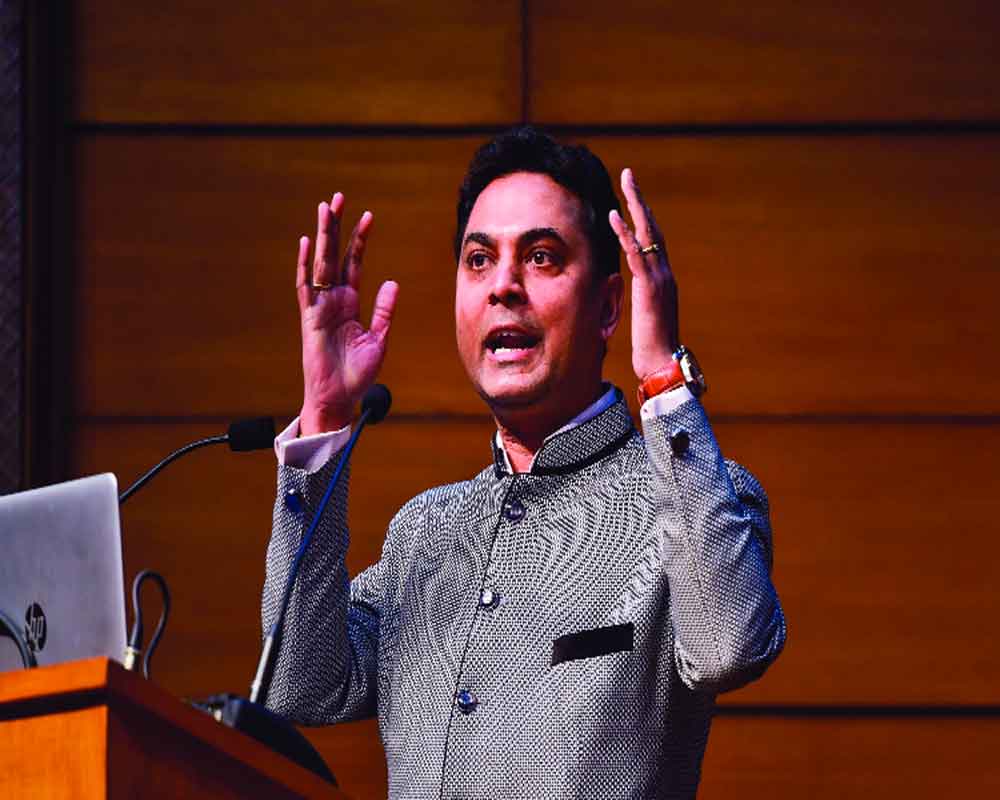 The Economic Survey on Friday projected revival of economic growth to 6-6.5 per cent next fiscal and suggested that the Government should relax the budget deficit target to boost growth from a 11-year low of 5 per cent this year.

Sensex skidded 190 points while the Nifty closed below the 12,000-mark on Friday after the Economic Survey suggested relaxing fiscal deficit target to boost growth.

The Survey, released a day before Finance Minister Nirmala Sitharaman presents the Union Budget for 2020-21, suggested a cut in food subsidy to create fiscal space at a time when tax revenues were falling.

Facing the worst economic slowdown since the global financial crisis of 2008-09 that worsened job prospects, the Survey said businessmen should be respected as they create wealth and jobs.

For India to become a $5 trillion economy by 2025, it prescribed strengthening trust in the economy, enabling and empowering markets, promotion of pro-business policies, and measures to enhance farmers’ income.

Giving a new dimension to “Make in India”, the Survey suggested that the Government should integrate “Assemble in India for the world” into its flagship programme to boost exports and generate jobs. “By integrating ‘Assemble in India for the world’ into Make in India, India can raise its export market share to about 3.5 per cent by 2025 and 6 per cent by 2030. This will create 4 crore well-paid jobs by 2025 and 8 crore by 2030,” the survey said.

Commenting on the Survey, Prime Minister Narendra Modi said the report focuses on wealth creation for Indians. “It outlines a multi-faceted strategy to achieve a $5 trillion economy through enterprise, exports, ease of doing business and more,” he tweeted.

Some economists believe the Survey’s growth forecast is too optimistic as the recovery is likely to be slow and shallow amid rising inflation and declining investment.

The Survey has been wide of the mark in forecasting growth in four out of past five years. “The deceleration in GDP growth can be understood within the framework of a slowing cycle of growth with the financial sector acting as a drag on the real sector,” it said.

“The Government must use its  strong mandate to deliver expeditiously on reforms, which will enable the economy to strongly rebound in 2020-21.”

Survey-author Krishnamurthy Subramanian, Chief Economic Adviser to the Finance Ministry, rejected his predecessor Arvind Subramanian’s analysis of India’s GDP growth rate being overestimated by 2.7 per cent post-2011, saying the allegation was “unfounded” and “unsubstantiated by the data”.

As has been argued earlier, the Government has to prioritise growth, the Survey for 2019-20, which was tabled by Sitharaman in Parliament, said.

And for this, relaxing the fiscal deficit target could be considered, said the Survey — an annual report card on the economy.

Sitharaman had projected the fiscal deficit at 3.3 per cent of the gross domestic product in her budget for 2019-20 but it is widely seen slipping to 3.8 per cent as the slowdown lowered revenue collections and the Government provided a tax stimulus to spur investments.

This will be the third straight year when the government will miss its fiscal deficit target. Once the momentum picks up, the government can take action to consolidate its expenses. Several economies have done this in the past.

Cutting some of the Rs 1.84 lakh crore food subsidy bill can create the fiscal space, the Survey said.

It emphasized on raising capital expenditure (and reducing revenue expenditure) that leads to asset creation.

This means economic growth, which primarily is driven by consumer spending, has to now come from greater investments. The Survey emphasised on investment-led growth by focusing on reviving the MSME sector.

It also called for improving governance in public sector banks and the need for more disclosure of information to build trust. It also talks about dwarfism in the banking sector.

Stating that only when wealth is created, it can be distributed, Subramanian said, “A feeling of suspicion and disrespect towards India’s wealth creators is ill-advised.”

In an attempt to boost demand, the Reserve Bank cut interest rate by 110 basis points in 2019 while the government speeded up the insolvency resolution process under Insolvency and Bankruptcy Code (IBC) and easing of credit, particularly for the stressed real estate and Non-Banking Financial Company (NBFCs) sectors.