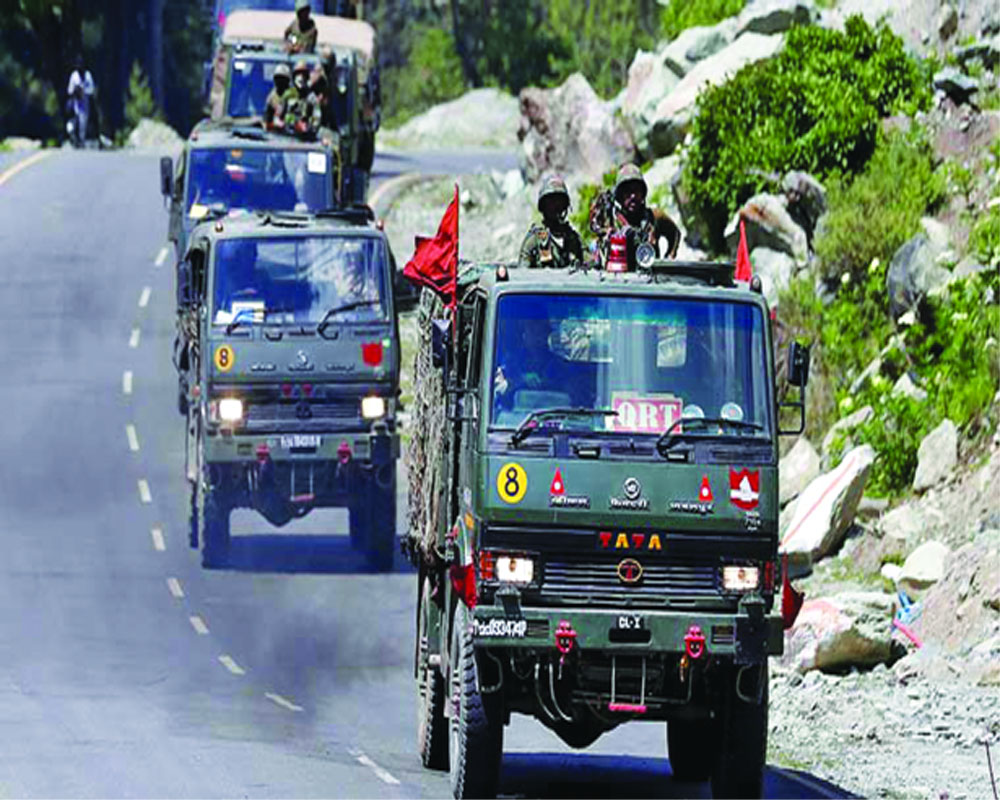 Document was on Defence Ministry website  about Chinese transgressions since Tuesday

The Defence Ministry has pulled out a document from its website giving details about the Chinese "transgressions" in Eastern Ladakh beginning early May. It was the first time that the Government officially admitted that the Chinese Army had intruded into India leading to the ongoing stand-offs at the Line of Actual Control (LAC).

The document was uploaded as part of the monthly report on news section of the Defence Ministry website and was there since Tuesday. However, it was missing on Thursday. There was no official word from the Ministry on this deletion.

Acknowledging for the first time that the Chinese had intruded into India, the report said the present situation arising from "unilateral aggression" by China continues to be sensitive requiring close monitoring and prompt action based on evolving situation and the present standoff "is likely to be prolonged."

"Chinese aggression has been increasing along the Line of Actual Control (LAC) and more particularly in Galwan valley since May 5. The Chinese side transgressed in the areas of Kurang Nala, Gogra, and north bank of Pangong Tso on May 17-18," the Ministry said in its What's New section on the website.

Prime Minister Narendra Modi in an all-party meeting in June regarding the volatile border situation in Ladakh had said, "Neither has anyone intruded into our territory nor taken over any post. Our forces are doing what they have to do to protect the country, whether it is deployment, action or counter-action. Our patrolling capacity has increased due to newly built infrastructure, especially along LAC."

Meanwhile, the deleted document said ground-level interactions were held between the Armed forces of both sides to defuse the situation. A Corps commanders' flag meeting was held on June 6. "However, a violent face-off incident took place between the two sides on June 15, resulting in casualties on both sides."

Subsequently, said the document, a second Corps commander level meeting took place on June 22 to discuss the modalities of de-escalation. "While engagement and dialogue at military and diplomatic level is continuing to arrive at mutually acceptable consensus, the present standoff is likely to be prolonged," the Ministry said.

"The situation in Eastern Ladakh arising from unilateral aggression by China continues to be sensitive and requiring close monitoring and prompt action based on the evolving situation," the document noted.

Incidentally, in an interview to some television channel in early June, Defence Minister Rajnath Singh had acknowledged that China has moved troops in "significant numbers".  Moreover, during his visit to Leh in July, Rajnath had said he cannot guarantee to what extent the issue with China would be resolved even as the talks are on at military and diplomatic levels.

In an effort to break the logjam, the two countries have held five rounds of Corps Commander level talks since June but there is no noticeable improvement in the situation. China continues to dilly-dally in withdrawing troops from the contentious Pangong Tso (lake) leading to tension. This despite the fact that the two Corps Commanders on July 14 parleys agreed for mutual and complete disengagement of troops from the friction points.