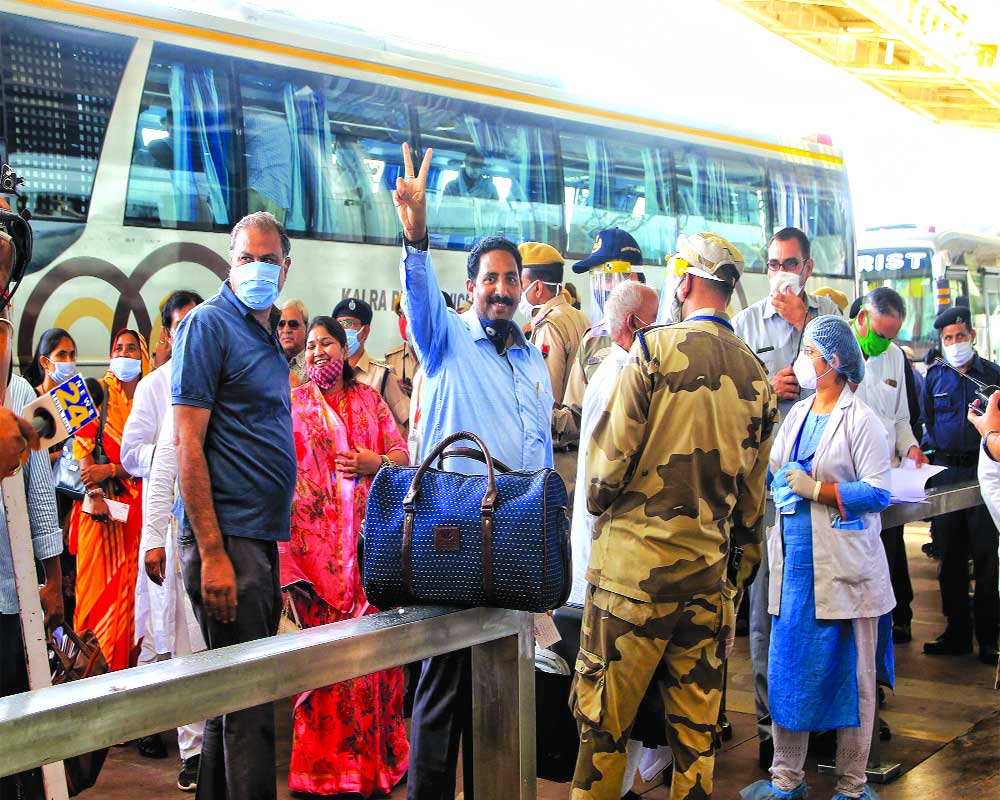 Wary of “poaching” bids on his MLAs, Rajasthan Chief Minister Ashok Gehlot on Friday shifted his flocks from Jaipur to the desert town of Jaisalmer at the centre of the Thar desert. The MLAs had been camping at Fairmount Hotel in Jaipur for three weeks.

Reports said the Congress State unit hired three chartered flights to shift the MLAs. The MLAs were taken to hotel Suryagarh in bus and other vehicles amid tight security.

Transport Minister Pratap Singh said in Jaipur the MLAs are being shifted to Jaisalmer so that they remain united with the Chief Minister’s strategy that not a single MLA is poached.

“We are going to Jaisalmer for a change,” Congress MLA Prashant Bairwa said at the Jaipur airport.

The remaining MLAs in the Gehlot camp are also being shifted to Jaisalmer.

The decision to shift the MLAs to Jaisalmer shows that Gehlot is not ready to take any chance, knowing fully well that even if only a couple of MLAs change side, his Government would not survive. As of now, Gehlot has the support of 102 MLAs in the 200-members State Assembly.

The decision to move the MLAs came a day after Gehlot indicated he will seek a confidence vote when the Assembly convenes on August 14 and claimed the money offered to the MLAs to switch sides had increased sharply ahead of the session.

The Chief Minister said the rebels who have not accepted money should return to the party. The MLAs have been staying at the Jaipur hotel since July 13 after Sachin Pilot and 18 other Congress MLAs rebelled against the government, triggering a political crisis.

The chief whip has moved the top court two days after the Assembly Speaker CP Joshi filed the appeal against the July 24 Rajasthan High Court order.

The plea filed through advocate Varun Chopra said the High Court order is “ex-facie unconstitutional, illegal and in the teeth of the law laid down by this court in 1992 verdict in the case of Kihoto Hollohon”.

The 1992 judgement had held that the Speaker has the authority to decide the disqualification proceedings and judicial intervention in the process is “not permissible”.