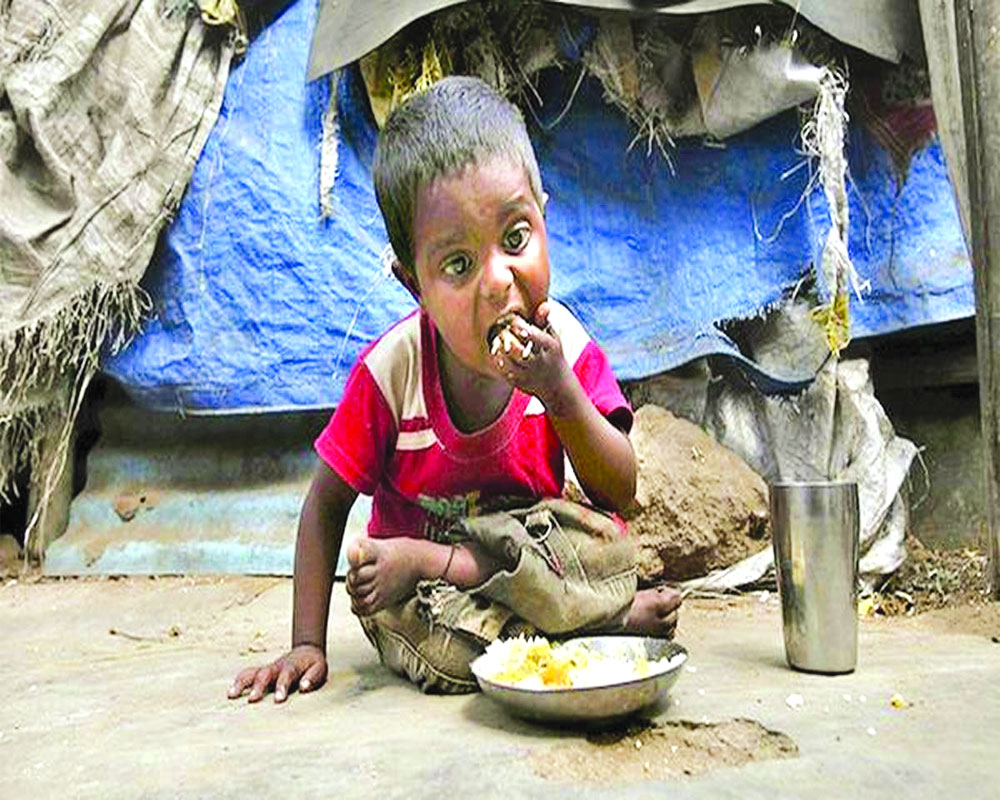 India has been ranked 94th among 107 nations worldwide in the Global Hunger Index (GHI) 2020, faring poorer than all its immediate neighbours and being put in the “serious” hunger category.

Neighbouring Bangladesh, Myanmar and Pakistan too are in the “serious” category but ranked higher than India in the latest GHI. While Bangladesh ranked 75, Myanmar and Pakistan are at the 78th and 88th position. Nepal at 73rd and Sri Lanka at 64th position are in “moderate” hunger category. In the region of south, east and south-eastern Asia, the only countries which fare worse than India are Timor-Leste, Afghanistan and North Korea.

Last year, India’s rank was 102nd among 117 countries. China, Belarus, Ukraine, Turkey, Cuba and Kuwait, figure among the top 20 with GHI scores of less than five. The Global Hunger Index is a peer-reviewed annual report, jointly published by Concern Worldwide and Welthungerhilfe, designed to comprehensively measure and track hunger at the global, regional, and country levels.

According to the report, 14 per cent of India’s population was undernourished.

The index showed India recorded a 37.4 per cent stunting rate among children under five and a wasting rate of 17.3 per cent while the under-five mortality rate stood at 3.7 per cent.

Data from 1991 through 2014 for Bangladesh, India, Nepal, and Pakistan showed that stunting was concentrated among children from households facing multiple forms of deprivation, including poor dietary diversity, low levels of maternal education, and household poverty.

However, India has improved in both child mortality rates, which are now at 3.7 per cent, and in terms of undernourishment, with about 14 per cent of the total population which gets an insufficient caloric intake.

“However, child mortality, caused by prematurity and low birth weight, increased particularly in poorer States and rural areas. Prevention of prematurity and low birth weight is identified as a key factor with the potential to reduce under-five mortality in India, through actions such as better antenatal care, education, and nutrition as well as reductions in anaemia and oral tobacco use,” it said.

Shweta Khandelwal, the head of Nutrition Research and Additional Professor at Public Health Foundation of India, said the country has one of the most impressive portfolios of programmes and policies in nutrition in the books. “However, the ground realities are quite dismal.”

“Research shows that our top-down approach, poor implementation processes, lack of effective monitoring and siloed approaches in tackling malnutrition (missing convergence) often result in poor nutrition indices. We must integrate actions to make public health and nutrition a priority across each sector,” she said.

“The world is not on track to achieve the second Sustainable Development Goal - known as Zero Hunger for short - by 2030. At the current pace, approximately 37 countries will fail even to reach low hunger, as defined by the Global Hunger Index Severity Scale, by 2030,” says the report.