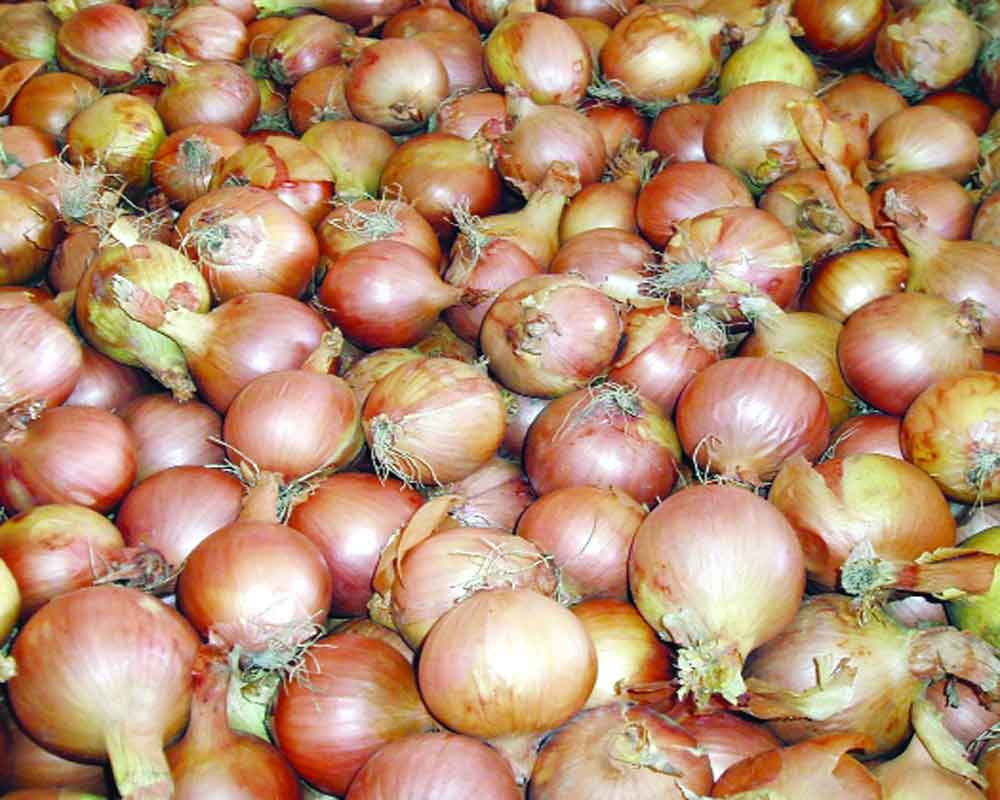 Centre wants to sell it off to Dhaka, Lanka, Maldives at cost price

Onion is turning out to be a tear-jerker for the Modi Government.

First it was the scarcity of onions that gave headache to the Government. Now, it’s the other way round. The Government is grappling to find a way to dispose of huge quantity of onions it imported from Turkey, Egypt and Iran.

The States have refused to accept the imported onions because they don’t excite the domestic taste buds. A drop in the price of the desi variant has also posed a challenge to imported onions.

The Modi Government has now approached Maldives, Nepal and Sri Lanka to sell these onions at “no profit no loss” basis. The Government has made a similar request to Bangladesh.

According to Department of Consumer Affairs, over 20,000 tonnes imported onions are available in the stock. In the retail market, onion is being sold between Rs 40 and Rs 60 a kg.

Officials of the Department of Consumer Affairs said talks are being held with Nepal, Sri Lanka and Maldives to sell the commodity. Indian missions have been directed to persuade these countries to buy onions from India as arrival of desi onions has increased. India is the main supplier of onions to these countries.

According to officials, a business delegation of Bangladesh is in India and the Government has asked acting Bangladesh High Commissioner Rokebul Haque to buy the imported onions. India had earlier imposed ban on onion export to Bangladesh to ease rising prices of the domestic onions at domestic markets.

Similarly, officials said the Government will have to pay more if they fail to lift the consignment within 15 days of its arrival. Most of the onion is in the containers at Mumbai port.

As per the Department of Consumer Affairs data, Maharashtra, Assam, Haryana, Karnataka and Odisha have withdrawn their demand of 10,000 metric tonnes (MT), 3,000 MT, 3,480 MT, 250 MT and 100 MT f imported onion, respectively. The Centre has contracted 42,000 tonne onion to check prices in the retail market. Of them, a shipment of 5,500 tonne was cancelled before it set on sail in the absence of demand.

Earlier, Union Consumer Affairs Minister Ram Vilas Paswan has stated that the Government is worried about its disposal because it is a perishable commodity. “Tomorrow, someone should not go to court and say imported onions were rotting,” Paswan has added.

According to onion traders, there are no takers for the imported onion in the market. “The taste of imported onions is different from the homegrown ones. The consumers are not buying it,” said a trader of Azadpur mandi.

With onion prices shooting over Rs 100-150/kg in November-December, the Central Government had decided to import 1.2 lakh MT of onions.