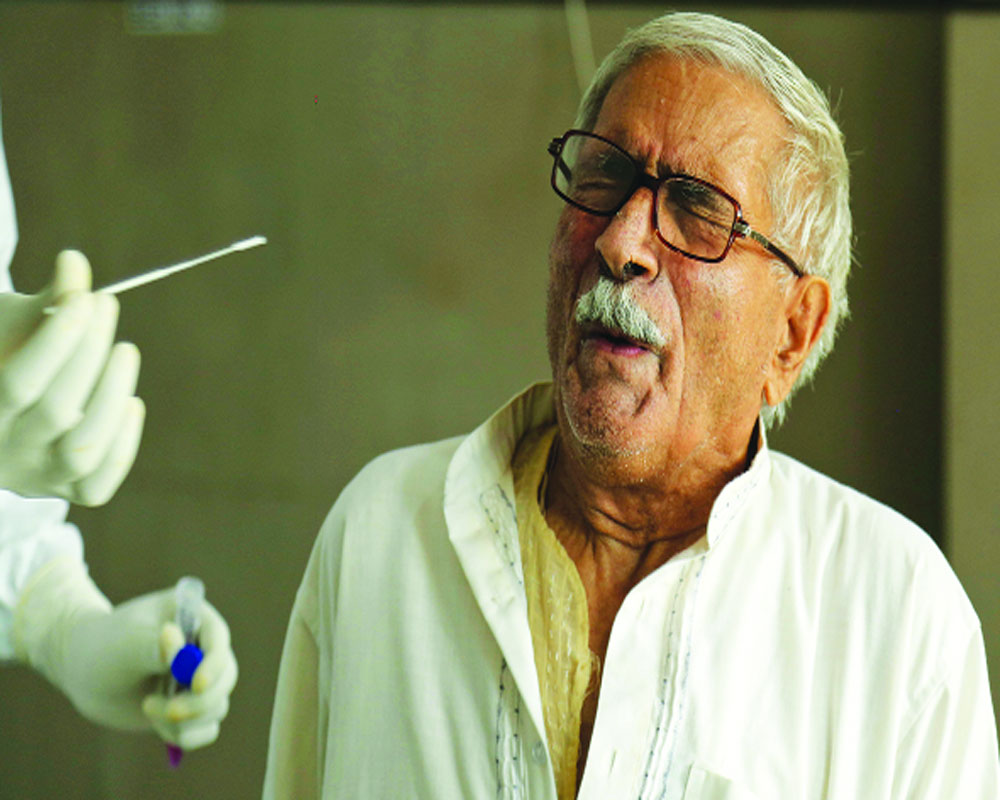 India’s Covid-19 caseload crossed 5 million marks on Tuesday as the pandemic showed no sign of plateauing out any sooner.

Maharashtra breached a landmark of 30,000 deaths on Tuesday, as an all-time high 515 people succumbed to Covid-19, while 20,482 more people tested positive for the pandemic in various parts of the State. The number of new cases is nearly 4,000 lower than the State’s highest single-day tally.

India on Tuesday recorded 82,375 new cases and 1,237 deaths. There has been a general trend that due to the lag effect of reduced testing at the weekend, the first two days of the weeks show relatively fewer cases. This may explain slightly subdued numbers on Monday (81,000 cases and Tuesday. Last week, India recorded more than 97,000 new cases twice in a single day.

Each of the four worst-affected States — Maharashtra, Andhra Pradesh, Tamil Nadu and Karnataka — recorded fewer cases than their highest single-day spike. But Uttar Pradesh (6,841 cases), Delhi (4,261 cases) and West Bengal (3,237 cases) showed no sign of any weakening in the spread of the pandemic.

As far as fatality, the country has an impressive record of a mere 1.64 per cent death due to Covid-19. This is nearly half the global average of death due to pandemic. India is constantly recording 1,100 plus deaths every day for the last month.

Maharashtra’s Tuesday’s fatality tally of 515 is more than 495 deaths recorded in the State on September 10.With the fresh deaths reported on Tuesday, the total deaths mounted from 29,894 to 30,409.