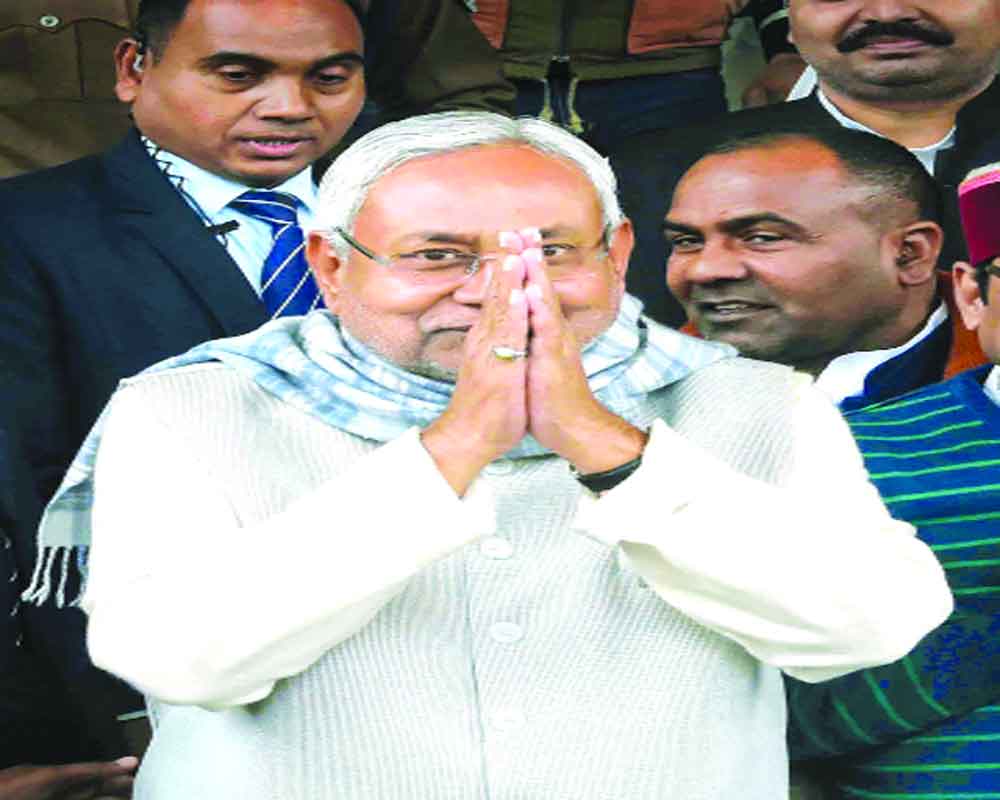 In a clear rebuff to his ally the BJP and signalling his change of heart over the contentious Citizenship Amendment Act, Bihar Chief Minister Nitish Kumar on Monday said he is open to discuss the Act in the State Assembly even as he emphasised that here is no justification for a country-wide NRC.

Speaking in the State Assembly, Kumar said the NRC was an Assam-specific regulation arising out of the Assam accord signed by the Rajiv Gandhi following agitation against influx of foreign nationals in the State.

“A country-wide implementation of NRC was needless and had no justification,” he said, adding that even the Prime Minister has clarified there is no move to enforce the NRC across the country.

At the same time, he said he is open for debate in the State Assembly on the CAA. “There should be a debate on CAA. If people want, then there will be a discussion in this House,” the Chief Minister told the House.

In the past, Nitish had dropped one-liner to suggest the NRC would not be implemented in Bihar, but this time he made his position official by articulating it in the State Assembly. Nitish’s rejection of the NRC and his willingness to debate the CAA in the Assembly is unlikely to please his ally.

With his number two in the party Prashant Kishor targeting the Modi Government everyday on the CAA and NRC, Nitish’s change of stance is indicative of his intention not to be seen as a piggy rider of the BJP’s Hindutava agenda.

The Bihar CM further said his Government agreed in principle to National Population Register (NPR) as they did likewise when such an exercise was last conducted 10 years ago.

But he came with a rider that the census should be caste-based and also expressed his willingness to have a discussion in the House with regard to “extra details” being sought as part of the NPR.

He made the remarks while thanking the House for its unanimous support to the Constitution amendment for extending quotas for SCs and STs in the Lok Sabha and State Assemblies by another 10 years at a special day-long session convened for the purpose. Deputy Chief Minister Sushil Kumar Modi was seated next to him when Kumar was speaking.

The Chief Minister said at present he is preoccupied with the Jal Jeevan Hariyali drive on environmental conservation and all aspects relating to the issues could be discussed in the next session of the house and its sentiments conveyed to the Centre.

Earlier, Leader of the Opposition Tejashwi Yadav, in his brief but impassioned statement, had remarked “the nation is on fire” on the issues of CAA, NRC and NPR and sought to know whether the Chief Minister “stands with Lalan Singh or Pavan Varma and Prashant Kishor”.

Rajiv Ranjan Singh alias Lalan Singh is the leader in Lok Sabha of the JD (U) headed by Kumar. The party had voted in favour of the Citizenship (Amendment) Bill in both houses of Parliament, to which

In his address, Kumar said, “This session has been convened for a specific purpose. However, there is a lot of turmoil over CAA, NRC and NPR. I agree with the Leader of the Opposition that there should be a discussion on these.

“But at present my mind is focused on the Jal Jeevan Hariyali campaign as part of which we are organizing a state- wide human chain next Sunday (January 19). If desired, we can discuss all these issues in future”, he said.

“But I must say something about NRC. How does the question of NRC arise? It arose in the context of Assam, as a consequence of the accord signed by the Rajiv Gandhi following the Assam agitation (on the foreign national issue). We have no inkling that such an exercise would be conducted across the country.

“It would be needless (koi zarurat hai nahin) and have no justification (koi auchitya nahin). And I think the Prime Minister too has spoken clearly on this”, he said.

The Bihar Chief Minister had earlier also asserted that NRC will not be implemented in the State.”Kaahe ka NRC? Bilkul laagu nahin hoga” (NRC, what for Will not at all be implemented), Kumar had said on December 20 last. Kumar is the first CM from the NDA camp to have said no to any attempt to undertake an all India NRC exercise.

Kumar also responded to apprehensions expressed about details like parents places of birth and documents pertaining to the same being sought in the NPR forms which have triggered fears that NRC may follow the exercise.

“Our Government has agreed in principle to NPR since we did likewise when such an exercise was last conducted 10 years ago. At present it is in the preliminary stage and census proper will start only after three to four months. All issues relating to it, like extra details (anya cheezein) being sought in NPR can be discussed when the House meets again.

“On one thing, however, I am certain that the census should once be caste-based. At present census collects details of people following different religions and of Scheduled Castes and Scheduled Tribes and it should be extended to all other castes”, the CM said.

He said this referring to his deputy Sushil Kumar Modi and the leader of opposition Tejashwi Yadav having spoken in favour of a caste-based census in their respective speeches.

“I am ready to have this matter discussed on the floor of the house from where a representation can also be sent to the Centre,” he added.