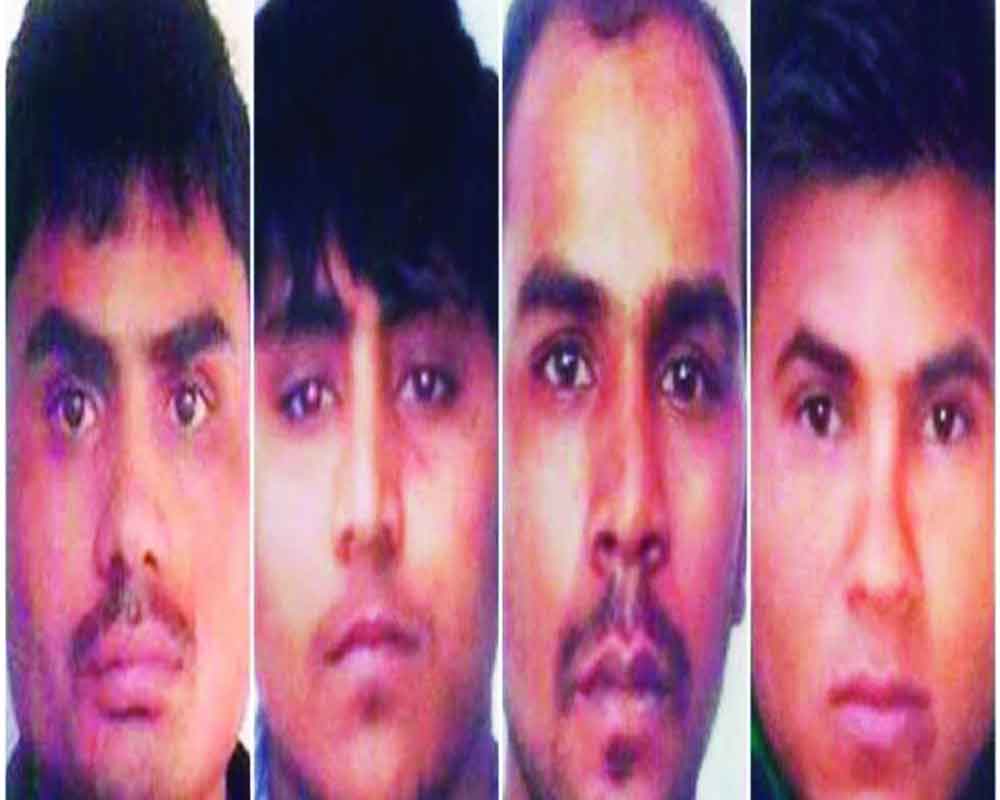 After President Ram Nath Kovind on Friday rejected the mercy petition of Nirbhaya’s death-row convict Mukesh Kumar, a Delhi court issued fresh death warrants against all the four rapists-killers for hanging on February 1. Earlier the death warrant was issued for January 22.

In a fresh development, that may further delay the execution of the four convicts, another death-row convict Pawan Kumar moved the Supreme Court on Friday challenging the Delhi High Court’s order dismissing his claim of being a juvenile at the time of the offence in December 2012.

Soon after the rejection of the mercy plea by the President, the Tihar jail authorities, via Public Prosecutor Irfan Ahmed, sought issuance of fresh death warrants against the four convicts Mukesh, Vinay Sharma, Pawan Gupta and Akshay Thakur.

Additional Sessions Judge (ASJ) of Patiala House courts Satish Kumar Arora was hearing a plea by one of the four death-row convicts in the case. “This case presents a scenario when convicts were given the opportunity to file mercy, but only one availed the opportunity. There might be delay tactics. For how long will this go on? Had death warrant not been issued, the convicts would not have initiated using their legal remedies,” the court said.

Distraught over the hanging of his 23-year-old daughter’s rapists-murderers being further delayed due to the legalities, her father hoped that the convicts will not escape the gallows. His comments came after the President rejected the mercy plea of Mukesh.

“We are happy that the chances of them getting hanged have increased. We are assured that as soon as they file mercy pleas they will be rejected,” he said, adding that the news of the execution not happening on January 22 had disheartened them but Friday’s developments have ignited their hope.

Incidentally, Delhi Lieutenant Governor Anil Baijal’s office had sent Mukesh’s mercy petition to the Ministry of Home Affairs (MHA) on Thursday, a day after the Delhi Government recommended its rejection.

“The MHA has forwarded the mercy petition of Mukesh to the President. The Ministry has reiterated the recommendation of the Lieutenant Governor of Delhi for its rejection,” a Home Ministry official said on Friday morning.

Meanwhile, denying the Delhi Government’s role in delaying the hanging of the Nirbhaya case convicts, Chief Minister Arvind Kejriwal on Friday said the victim’s mother is being “misguided” and accused BJP leader and I&B Minister Prakash Javadekar of politicising the matter.

Kejriwal, who is the AAP’s national convener, told reporters that whatever responsibilities the Delhi Government had, it had finished them within a few hours.

“We sent the mercy petition within hours, so the Delhi Government has no role in delaying the hanging of the convicts,” he said.

Six people — Mukesh, Vinay Sharma, Akshay Kumar Singh, Pawan Gupta, Ram Singh and a juvenile — were named as accused in the brutal gangrape and murder of Nirbhaya. The trial of the five adult men began in a special fast-track court in March 2013 while the juvenile was tried by juvenile justice board, and is now free.

The prime accused, Ram Singh, committed suicide by hanging himself in Tihar jail days after the trial began. The juvenile, who was said to be the most brutal of the attackers, was put in a correctional home for three years. He was released in 2015 and sent to an undisclosed location amid concerns over a threat to his life.

The juvenile, when released, was 20 years old. Mukesh, Vinay, Akshay and Pawan were convicted and sentenced to death in September 2013.

Meanwhile, Sandeep Goyal, Director General,  Delhi Prisons, denied charges made by Vinay’s lawyer that he had tried to end his life.

“Vinay was slightly unwell and he was attended by prison doctors and his health condition is normal. However, he sometimes refuses to have meal and jail wardens keep a watch on him. All four the convicts are under round the clock watch in the executions cell,” said Goyal.