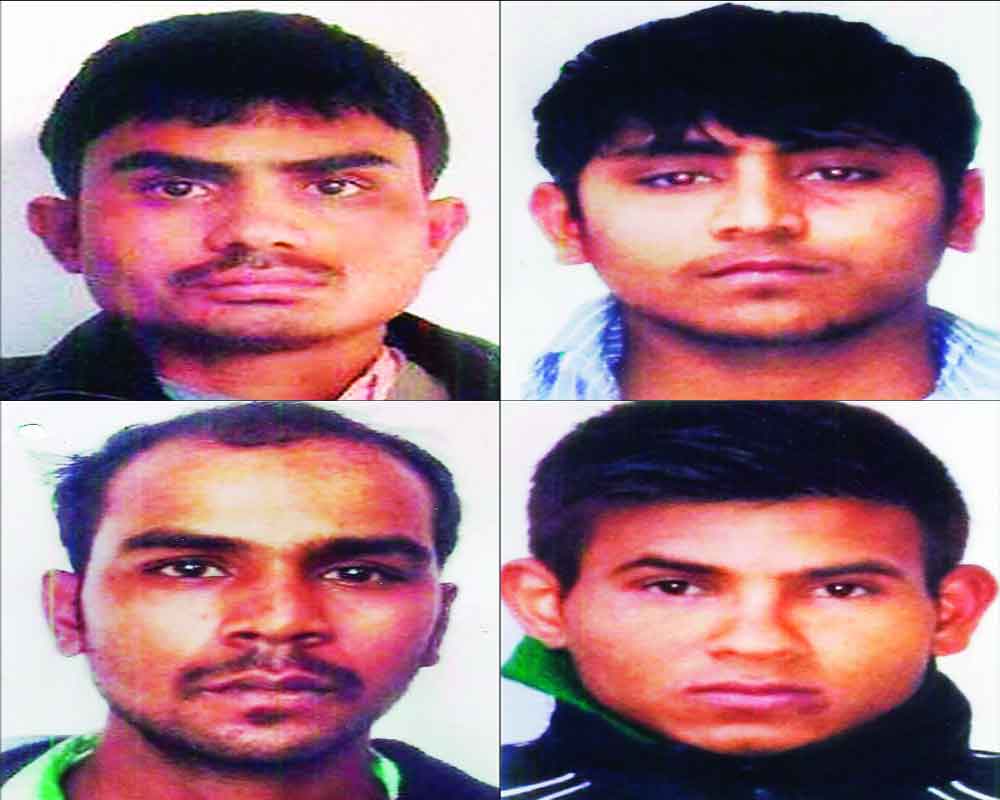 A Delhi court on Monday issued fresh death warrants against the four death-row convicts in the Nirbhaya gangrape and murder case. The four convicts will be now hanged to death on March 3 at 6 am. This is the third time that death warrants have been issued against them.

The first date of execution, January 22, was postponed to February 1 by a January 17 court order. Then the trial court on January 31 stayed “till further orders” the execution of the four convicts as they had not exhausted all their legal remedies.

Mukesh on Monday told the court that he didn’t want to be represented by advocate Vrinda Grover, after which advocate Ravi Qazi was picked to represent him.

The court was also informed that Vinay is on hunger strike. Vinay was assaulted in jail and has head injuries, his lawyer told the court, adding that he was suffering from acute mental illness and hence the death sentence cannot be carried out. The court directed the Tihar Jail superintendent to take appropriate care of Vinay as per law.

Pawan’s counsel informed the court that he wanted to move curative petition and the mercy plea against the death sentence before the President.

Pawan is the only one among the four convicts who has not yet filed the curative petition — the last legal remedy available to a person, which is decided in-chamber.

Akshay’s counsel informed the court that he has prepared a fresh mercy petition to be moved before the President.

The court was hearing the applications by Nirbhaya’s parents and the Delhi Government, seeking fresh death warrants for the convicts after the Supreme Court granted liberty to the authorities to approach the trial court for issuance of fresh date for the execution of these convicts.

Last Thursday, the court had appointed Qazi to represent Gupta after being informed by Tihar jail authorities that the death row convict refused to choose a lawyer offered by Delhi Legal Services Authorities (DLSA).

A day before that the court had expressed displeasure over the delay in the process from Gupta’s side, after convict’s father informed the court that he had removed his earlier lawyer and would need time to engage a new one.

The 23-year-old physiotherapy intern, who came to be known as ‘Nirbhaya’ (fearless), was gang-raped and savagely assaulted on the night of December 16, 2012, in a moving bus in South Delhi. She died of her injuries a fortnight later in a Singapore hospital.

Six people, including the four convicts, Ram Singh and a juvenile, were named as accused.

The trial of the five adult men began in a special fast-track court in March 2013. Ram Singh, the prime accused, allegedly committed suicide by hanging himself in Tihar jail days after the trial began. The juvenile, who was said to be the most brutal of the attackers, was put in a correctional home for three years.

The juvenile was released in 2015 and sent to an undisclosed location amid concerns over a threat to his life. He, when released, was 20 years old.

Mukesh, Vinay, Akshay and Pawan were sentenced to death in September 2013 by the trial court which was challenged by them in higher courts.