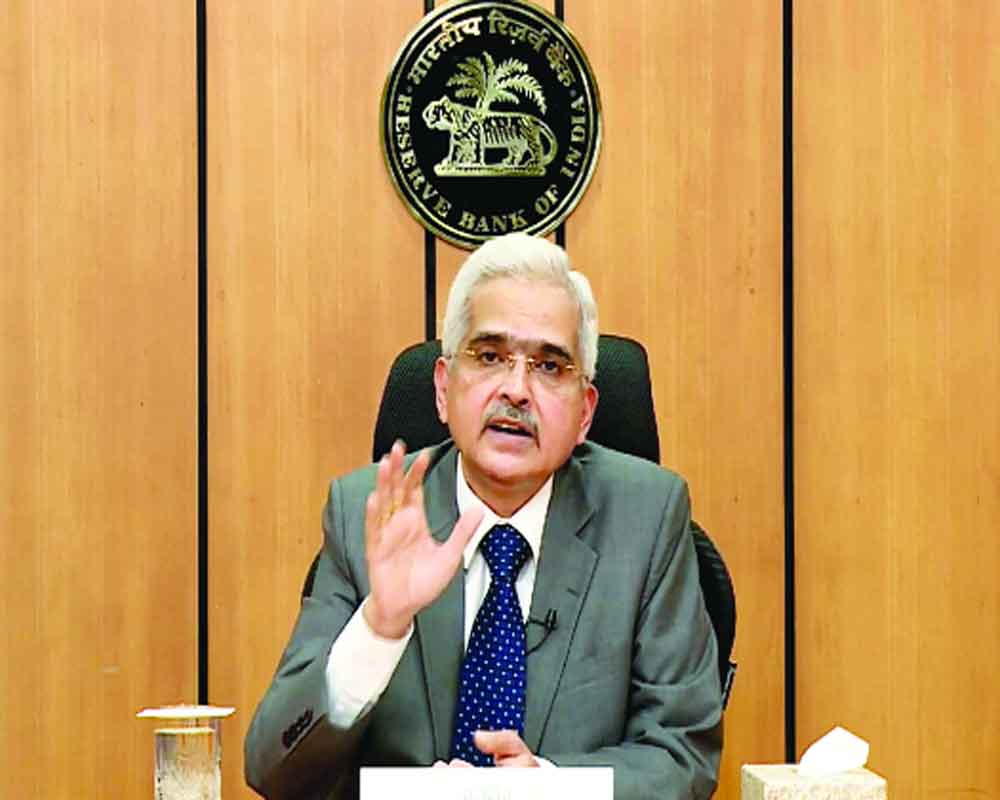 Moratorium on loans extended by 3 months

The Reserve Bank of India (RBI) has painted a dismal picture of Indian economy on the basis of negative growth and high inflation projection. As a remedial measure, the Central bank cut interest rate by 40 basis points. The RBI said that the impact of Covid-19 is more severe than anticipated and the GDP growth during 2020-21 is likely to remain in the negative territory.

The central bank announced a further three-month extension on moratorium on term loans, deferment of interest on working capital, easing of working capital financing requirements by reducing margins, exemption from being classified as defaulter, extension of timeline for stressed assets, and asset classification standstill.

The extension on moratorium on term loans led to a sharp sell off in banking stocks amid fear that the bank will have to prepare them for sizeable write off in the coming months. After opening nearly 300 points higher, the 30-share index gave up all the gains to turn negative shortly after the policy announcement by the RBI. After gyrating 770 points during the day, the 30-share Sensex ended 433.56 points or 1.14 per cent lower at 37,673.31. It hit an intra-day low of 37,633.36 and a high of 38,403.54.

RBI Governor Shaktikanta Das said India is seeing collapse of demand, dip in petroleum product consumption and fall in private consumption. He said industrial production shrank by close to 17 per cent in March with manufacturing activity down by 21 per cent. Output of core industries were contracted by 6.5 per cent.

The outlook of inflation also remains “highly uncertain”, the RBI Governor said while announcing a 40-basis point cut in the repo rate as part of the monetary measures to deal with the current crisis. It is the second sharp cut in the key policy rate in two months. On March 27, the Monetary Policy Committee (MPC), the rate-setting panel of the RBI, had cut the key short-term lending rate by 75 basis points.

Given all the uncertainties related to the lockdown and social distancing, he said, “GDP (gross domestic product) growth in 2020-21 is estimated to remain in negative territory, with some pick-up in growth impulses from second half of 2020-21 onwards.”

Observing that the risk to the growth is “gravest”, in an address through television, the Governor said, “The combined impact of demand compression and supply disruption will depress economic activity in the first half of the year”.

Even if the economic activities are restored in a phased manner, the combination of fiscal, monetary and administrative measures being currently undertaken would create conditions for a gradual revival in activity only in the second half of 2020-21, he added.

“Nonetheless, downside risks to this assessment are significant and contingent upon the containment of the pandemic and quick phasing out of social distancing/lockdowns,” Das said, adding that much would depend on how quickly the Covid-19 curve flattens and begins to moderate.

The end-May 2020 release of NSO on national income should provide greater clarity, enabling more specific projections of GDP growth in terms of both magnitude and direction, he said.

Das-headed MPC, whose meeting was advanced, was of the view that the macroeconomic impact of the pandemic is turning out to be more severe than initially anticipated, and various sectors of the economy are experiencing acute stress.

Also, the impact of the shock was compounded by the interaction of supply disruptions and demand compression. In view of the virus crisis, the three-day meeting of the rate-setting body was advanced to May 20-22 from the earlier scheduled date of June 3-5.

“The recent release of macroeconomic data, that for the first time revealed the damage wrought by Covid-19, brought forward the need for an off-cycle meeting of the MPC,” the Governor said.

He said domestic economic activity has been impacted severely by the two-month lockdown. The top-six industrialised States that account for about 60 per cent of industrial output are largely in red or orange zones.

The double whammy in terms of losses of both demand and production has, in turn, taken its toll on fiscal revenues, he said.

“The biggest blow from Covid-19 has been to private consumption, which accounts for about 60 per cent of domestic demand,” Das said in his nearly 30 minutes address.

He said that by all counts, the macroeconomic and financial conditions are austere. “The global economy is inexorably headed into recession.”