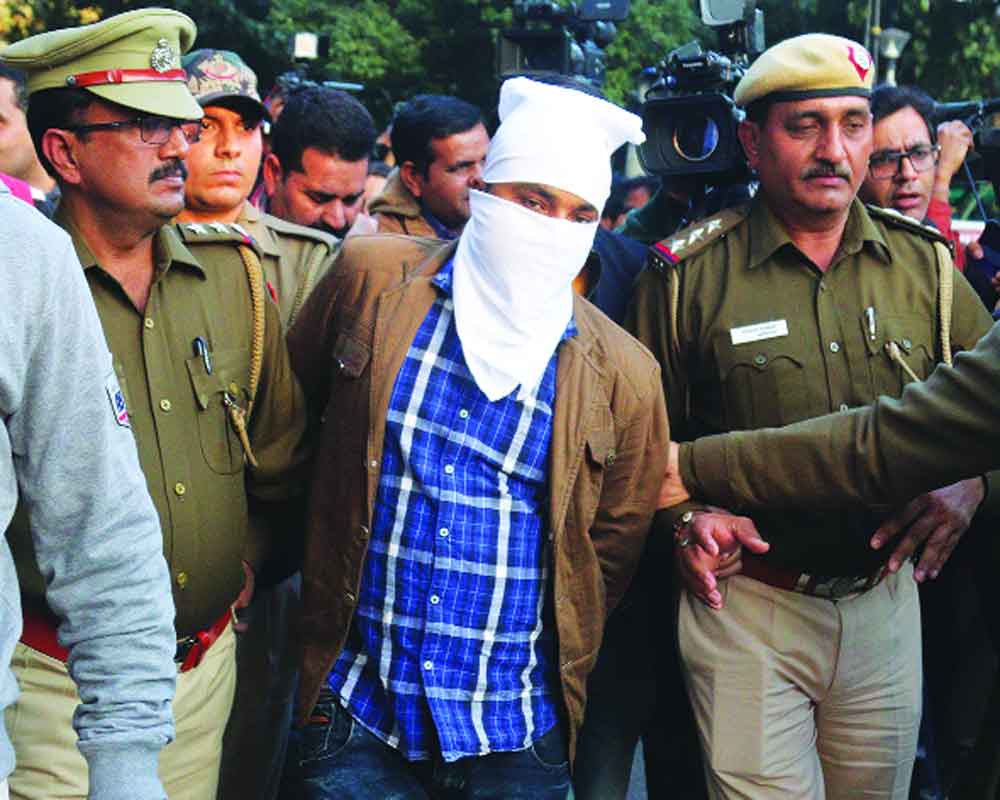 A 26-year-old man was arrested on Thursday for allegedly killing five members of a family, including three children, over Rs 30,000 payment dispute in North-East Delhi’s Bhajanpura, police said.

Accused Prabhu Nath is a relative of the family and killed four of the family within a span of around four hours, police said. Decomposed bodies of an e-rickshaw driver Shambhu Chaudhary (43), his wife Sunita (37) and their children Shivam (17), Sachin (14) and Komal (12) were found in their rented house on Wednesday.

During interrogation, Nath confessed to his crime. He said he works in a coaching institute at Laxmi Nagar and also used to work as an agent of a money lender for collection of interest amount. He had borrowed Rs 30,000 from Shambhu and had disbursed the same in the market for interest earning,” DCP (Northeast) Ved Prakash Surya said.

On the day of incident at 3.36 pm, Nath had called Shambhu to Laxmi Nagar. When Shambhu went to Laxmi Nagar, Nath went to his house where Sunita was alone. He throttled Sunita’s neck and hit her on the head with an iron rod. When her daughter Komal returned from tuition, she too was killed in the same manner.

The keys of the house have been recovered from Nath’s possession and a search is on for the iron rod used in the crime, police said.

On Wednesday at 11.16 am, police received information that some foul smell was emanating from a house in gali number 10 of Bhajanpura.

The bodies were shifted to the GTB Hospital and a case under section 302 (murder) of the IPC was registered at Bhajanpura police station. The bodies were decayed and it seemed that the murder had been committed around one week ago, Surya said.

The CCTV footage of the areas was checked. In one the cameras the accused was seen on February 3 entering the house of the deceased around 3.30 pm, police said.