Rumbling in Congress: Reinvent for survival

Rumbling in Congress: Reinvent for survival 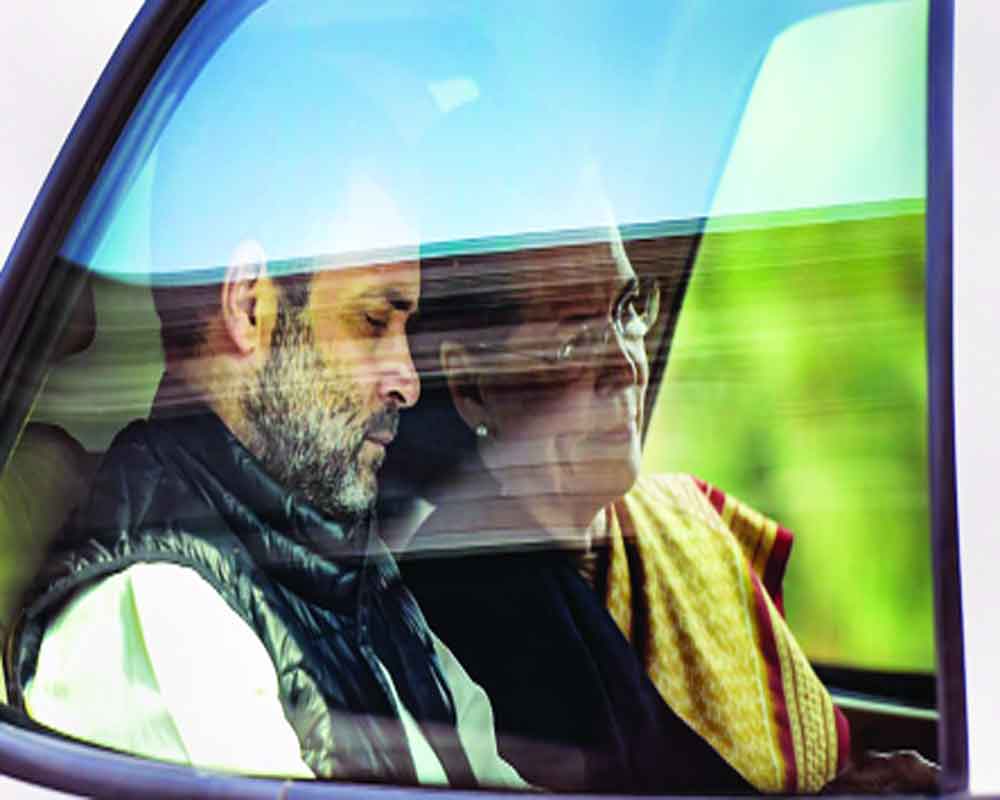 The Congress drubbing in the Delhi Assembly elections has led to intense resentment in the rank and file of the party with senior leaders like Jairam Ramesh, Jyotiradtiya Scindia and Veerappa Moily calling for the need to “ruthlessly” reinvent itself to become “relevant”.

Voicing concern over the Congress debacle in the just concluded polls and the crisis it is facing in some States like Bihar and Uttar Pradesh, Jairam said the grand old party needs to reinvent itself, while Moily too called for a “surgical” action to revive the party.

Incidentally, former Union Minister P Chidambaram on Tuesday tweeted his rejoice over the AAP’s massive victory over the BJP.

“This (Delhi Assembly result) is very disappointing. New thinking, new ideology and a new working mechanism are the need of the hour. The country has changed and in this context we should also overhaul our ideology and go before the people,” said the former Guna MP in response to query on Delhi Assembly election results.

Jairam said if the party did not change its course of action then it is staring at becoming irrelevant. The former Union Minister said the arrogance within the party has to go and regretted that even after six years out of power sometimes, some of the party leaders behave like Ministers.

On the leadership issue in the party, Jairam said local level leaders have to be encouraged and nurtured. “We are virtually non-existent in Bihar. We are almost extinct in UP but we are strong in Rajasthan, Madhya Pradesh and Chhattisgarh. In Haryana, we have come back,” he said.

Moily said the party is concerned and worried about the humiliating defeat in Delhi.

“We are concerned. The scenario of Delhi is that people (voters) didn’t take Congress seriously. They thought they should not divert their votes, our own vote banks which normally used to come to us, have gone to AAP,” Moily said.

“Congress requires total rejuvenation. You can’t point (fingers at) out one or two leaders (for electoral setbacks), accountability will have to be taken by every Congressman. Now, this is the time to act for rejuvenation of the party. It has to be revamped. Surgical action will have to be taken so that it starts yielding the results,” Moily added.

The knives were out with leaders blaming each other and raising questions on whether the grand old party has outsourced the task of defeating the BJP to others. AICC Delhi in-charge PC Chacko before resigning from his post sought to put the blame for the party’s decline in the national Capital on late Chief Minister Sheila Dikshit, saying the Congress started losing ground here in 2013.

With party colleague Milind Deora slamming him for his comments, Chacko said he had not named Dikshit and his remarks were wrongly being interpreted to run a campaign against him.

Delhi Congress leader Sharmistha Mukherjee a day earlier expressed her annoyance over senior leaders of the party including former Union Minister P Chidambaram who praised Arvind Kejriwal’s AAP resounding victory in the Delhi polls. Sharmistha pointed that Congress’s abysmal showing in elections were due to no state-level strategy, no grassroots connect and exalted echo chambers etc.

“AAP won, bluff and bluster lost. The people of Delhi, who are from all parts of India, have defeated the polarising, divisive and dangerous agenda of the BJP,” said P Chidambaram has tweeted to which Sharmistha, chief of the Congress women’s wing in Delhi, replied: “With due respect, sir, just want to know -- has (the Congress) outsourced the task of defeating BJP to State parties? If not, then why are we gloating over the AAP’s victory rather than being concerned about our drubbing.