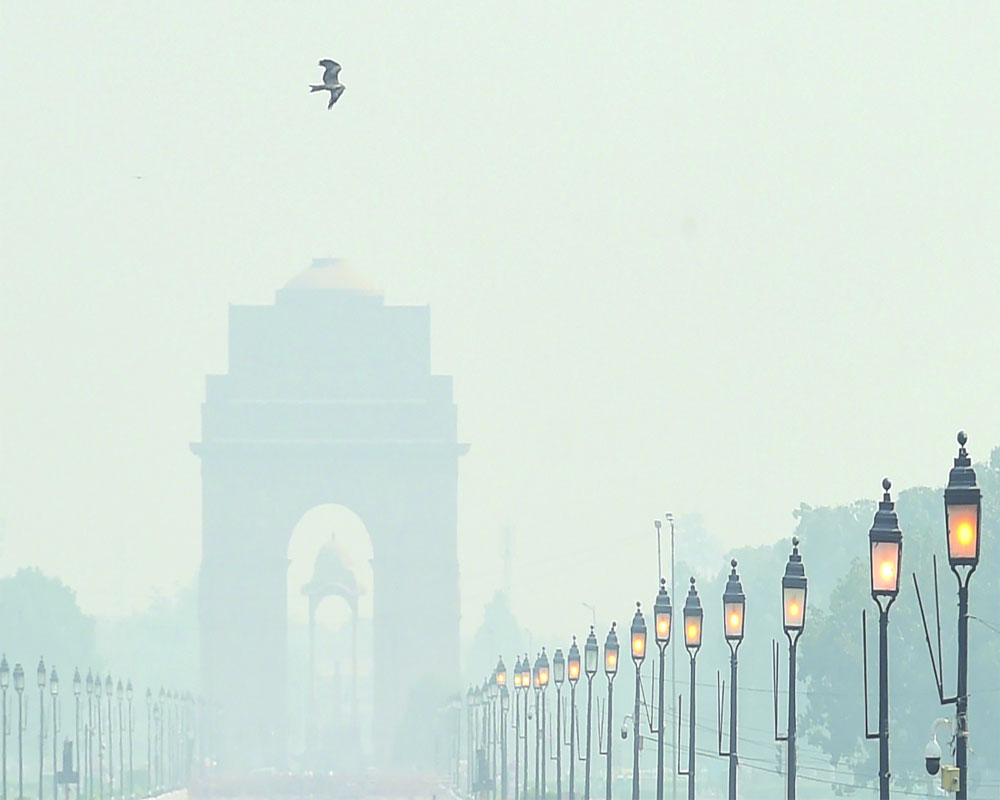 Stepping in to ensure that the “residents of Delhi-NCR are able to breathe in fresh clean air”, the Supreme Court on Friday appointed retired apex court judge Justice Madan B Lokur as a one-man committee to take steps for preventing stubble burning in Punjab, Haryana and Uttar Pradesh —wherein incidents of burning of paddy crop residue have doubled up this year compared to last two years during the corresponding period.

While directing that National Cadet Corps (NCC), National Service Scheme and Bharat Scouts be deployed for assisting the panel, a bench headed by Chief Justice SA Bobde also rejected the objection of Solicitor General Tushar Mehta to the appointment of the committee saying the States concerned have already been heard.

The apex court directed the court-appointed Environment Pollution Control Authority (EPCA) and chief secretaries of Haryana, Punjab and Uttar Pradesh to assist the Lokur panel to enable physical surveillance of fields where stubble is burnt.

“We just want that people of Delhi-NCR can breathe fresh air without any pollution,” said the bench, also comprising Justices AS Bopanna and V Ramasubramanian.

Mehta, who appeared for the Centre, Uttar Pradesh and Haryana, told the bench that they may have “some reservation” over appointment of the one-man committee and urged that the EPCA should be the monitoring authority for preventing stubble burning.

“We must not trouble Justice Lokur,” Mehta said, urging the bench to post the matter for hearing after Dussehra vacation on this issue. He said no notices were issued to the Centre and the concerned States on the issue of appointment of a committee.

“We have not given some extraordinary power to Justice Lokur,” the bench said, adding, “We have heard the States and you (Mehta) were not there when we were dictating order for half an hour”.

Additional Solicitor General Aishwarya Bhati, who also appeared for the Centre, told the bench that the court may select the committee member from a panel of names.

The top court directed the States concerned to provide adequate security, secretarial infrastructure and transport to Lokur panel. It said the panel shall submit its report on stubble burning fortnightly to the apex court.

During his tenure as an apex court judge, Justice Lokur had dealt with pollution matter which included the aspect of stubble burning.

Union Environment Minister Prakash Javadekar has, however, contended that only 4 per cent pollution is due to stubble burning and 96 per cent of it is due to local factors like biomass burning, garbage dumping, unpaved roads, dust, construction and demolition activities. He has flagged off 50 inspection teams of the Central Pollution Control Board (CPCB) for field visits to keep a watch on pollution hot spots.

The SC bench was hearing a plea filed by one Aditya Dubey who has raised concern over pollution caused due to stubble burning. During the hearing conducted through video-conferencing, senior advocate Vikas Singh, appearing for the petitioner, told the bench that a one-man commission headed by Justice (retd) Lokur be constituted as he has the experience in dealing with environment issues.