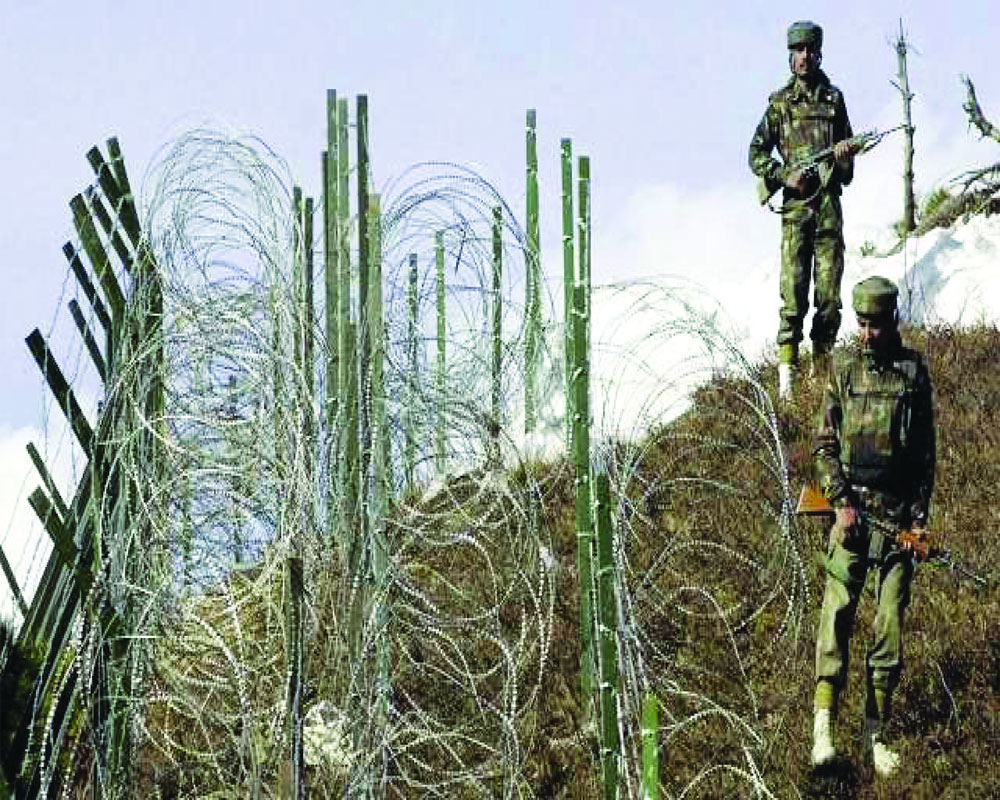 Reiterating its demand that Pakistan must fulfil its international obligations not to allow any territory under its control to be used by terrorists, Pakistan’s Charge d’Affaires Aftab Hasan Khan was told that the huge cache of arms, ammunition and explosive material indicated a detailed planning for a major attack to destabilise the peace and security in Jammu & Kashmir to derail the polls to local District Development Councils.

Registering its protest, the Ministry of External Affairs (MEA) said the attack was prevented due to the alertness of the Indian security forces.

“India reiterated its long-standing demand that Pakistan fulfil its international obligations and bilateral commitments not to allow any territory under its control to be used for terrorism against India in any manner. It was demanded that Pakistan desists from its policy of supporting terrorists and terror groups operating from its territory and dismantle the terror infrastructure operated by terrorist outfits to launch attacks in other countries,” the MEA further said.

It also added that the Indian Government was “firmly and resolutely committed” to take all necessary measures to safeguard its national security in the fight against terrorism.

The MEA said the JeM is proscribed by the United Nations and several countries. The Government of India expressed its serious concerns at continued terror attacks by JeM against India. The JeM has been part of several attacks in India in the past, including the Pulwama attack in February 2019.

The four suspected Jaish-e-Mohammed terrorists, who were hiding in a truck, were killed in a three-hour encounter with security forces on the Jammu-Srinagar NH near Nagrota early Thursday.

Two policemen were injured during the gunfight and the driver managed to escape.

The police said it was likely that the terrorists were “planning a big attack” and that they were headed towards the Kashmir Valley where local elections are due later this month.

Modi on Friday held a meeting with Union Home Minister Amit Shah, National Security Adviser (NSA) Ajit Doval and others. “Our security forces have once again displayed utmost bravery and professionalism. Thanks to their alertness, they have defeated a nefarious plot to target grassroots level democratic exercises in Jammu & Kashmir,” Modi tweeted.

Incidentally, this is the second time in a week that a Pakistani official has been summoned. Last Saturday, India had summoned the Charge d’Affaires of the Pakistan High Commission to register a strong protest over the heavy shelling by Pakistani forces on multiple sectors along the Line of Control (LoC) in Jammu & Kashmir that left at least nine people dead.