This madness must end, Shah assured all help, says Kejriwal

This madness must end, Shah assured all help, says Kejriwal 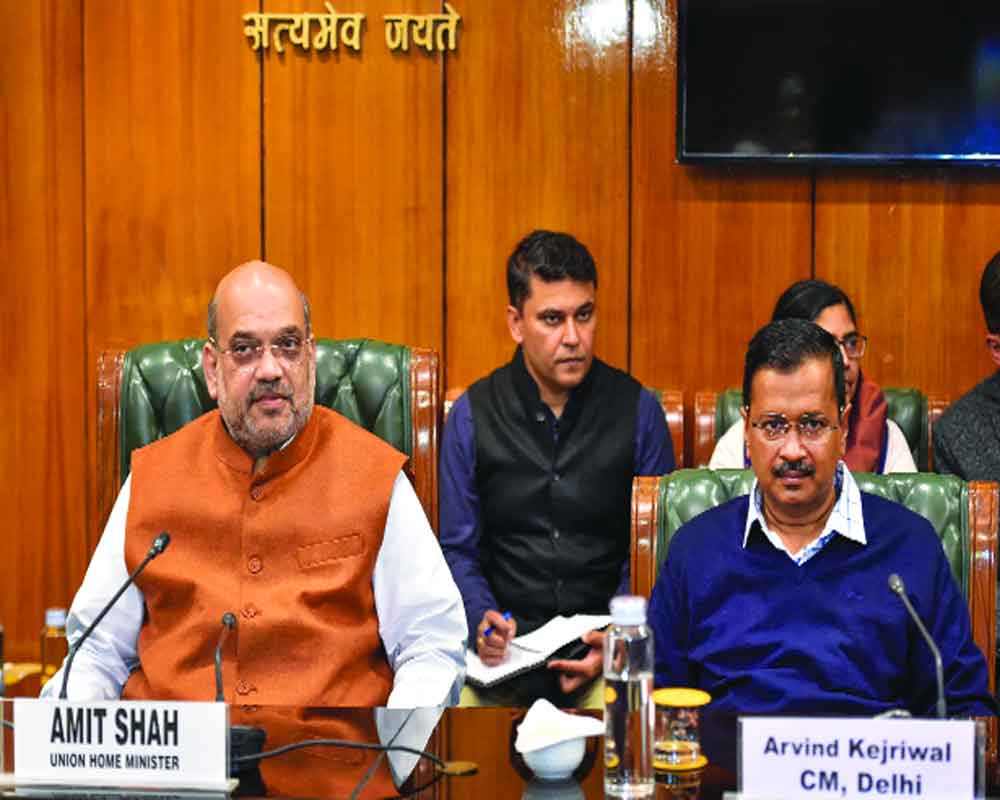 Delhi Chief Minister Arvind Kejriwal on Tuesday said the meeting with Union Home Minister Amit Shah was positive and all parties have stressed on restoring peace in the national Capital.

Kejriwal visited some of those injured in the violence at the GTB Hospital on Tuesday and appealed to people to “stop this madness”.

Talking to the media after the meeting, Kejriwal said, “Meeting with HM Amit Shah was positive and it was decided that all parties will take steps to restore peace. The police are doing their bit and HM has assured that whatever force is needed, will be provided”.

The Home Minister on Tuesday held a meeting to discuss the prevailing situation in the national Capital after violence in north-east Delhi over the CAA left 13 people, including a head constable, dead.

“The Army will also be deployed in the violence-affected areas if needed. But everybody has decided to rise above their party politics and work towards reinstating peace in the city,” he said.

Kejriwal said that a number of measures are being taken to stop the violence spreading in Delhi. The Chief Minister held a meeting with the MLAs and senior officials at his residence and instructions were given to take all necessary steps to establish peace.

“The violence that has erupted in the North-East Delhi since a few days is a matter of grave concern for all of us. I want to appeal to the people of Delhi, to maintain peace and harmony. All of the problems can be resolved with peaceful discourse on the matter,” he said.

“I met with the MLAs of the affected areas. Hospital authorities in the area have been alerted and instructions have been provided to them so that the injured people can get proper treatment. Fire department has been instructed to coordinate with the police, so that they can reach the affected areas in time. All the MLAs are worried about the insufficient strength of the police personnel. Also, police officials are unable to act on the situation unless they get orders from the senior officials”, he said.

Kejriwal also said, “I have also directed the SDMs of the areas to take out a peace march along with the local police officials. Peace committees at the local level must conduct meetings, inviting MLAs and members from all the religions and communities,”

“The temples and mosques situated in the affected areas must also appeal to the people to maintain peace and calm. I have also requested the chief secretary to speak to the DCP to strengthen the police task force to control the situation of violence in Delhi”, he added.