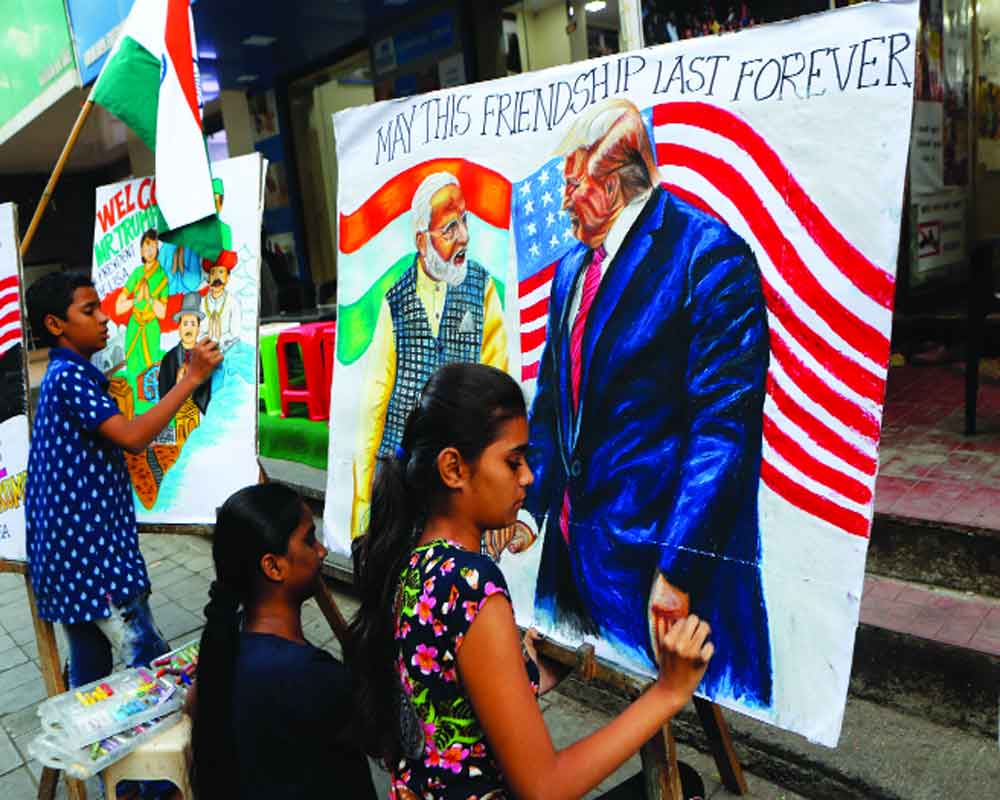 Days ahead of his India visit, US President Donald Trump on Thursday said the two countries could make a “tremendous” trade deal.

“We’re going to India, and we may make a tremendous deal there,” Trump said in his commencement address at the Hope for Prisoners Graduation Ceremony in Las Vegas.

Trump, accompanied by First Lady Melania Trump, is scheduled to travel to Ahmedabad, Agra and New Delhi on February 24 and 25.

Ahead of the visit, there have been talks about India and the United States agreeing on a trade package as a precursor to a major trade deal. During his commencement address, Trump indicated that the talks on this might slowdown if he did not get a good deal.

Bilateral India-US trade in goods and services is about three per cent of the US’ world trade. In a recent report, the Congressional Research Service (CRS) said the trading relationship is more consequential for India — in 2018 the United States was its second largest goods export market (16.0 per cent share) after the European Union (EU, 17.8 per cent), and third largest goods import supplier (6.3 per cent) after China (14.6 per cent) and the EU 28 (10.2 per cent).

“The Trump Administration takes issue with the US trade deficit with India, and has criticised India for a range of ‘unfair’ trading practices,” the CRS said.

“Indian Prime Minister Modi’s first term fell short of many observers’ expectations, as India did not move forward with anticipated market opening reforms, and instead increased tariffs and trade restrictions,” it said.

“Modi’s strong electoral mandate may embolden the Indian Government to press ahead with its reform agenda with greater vigour. Slowing economic growth in India raises concerns about its business environment,” CRS said.

As per a fact sheet issued by the Council on Foreign Relations (CFR), trade in goods and services between the two countries from 1999 to 2018 surged from $16 billion to $142 billion.

India is now the United States’ eighth-largest trading partner in goods and services and is among the world’s largest economies. India’s trade with the United States now resembles, in terms of volume, the US’ trade with South Korea ($167 billion in 2018) or France ($129 billion), said Alyssa Ayres from CFR.

“The United States for two years now has set out in stone pretty clearly the things that they wanted to see to try to get an agreement, and it’s basically then on India’s doorstep on whether they want to take those steps,” said Rick Rossow, Wadhwani Chair in US-India Policy Studies at the Center for Strategic and International Studies think-tank.

“The list of US asks has been pretty static all throughout. Not to say that any of these things are easy for India to do, but the United States to my knowledge didn’t change the goalposts just because we now consider India to be a middle-income country. The things that we wanted to see happen to get this trade agreement have been pretty static all throughout, no matter how difficult they are,” he said.