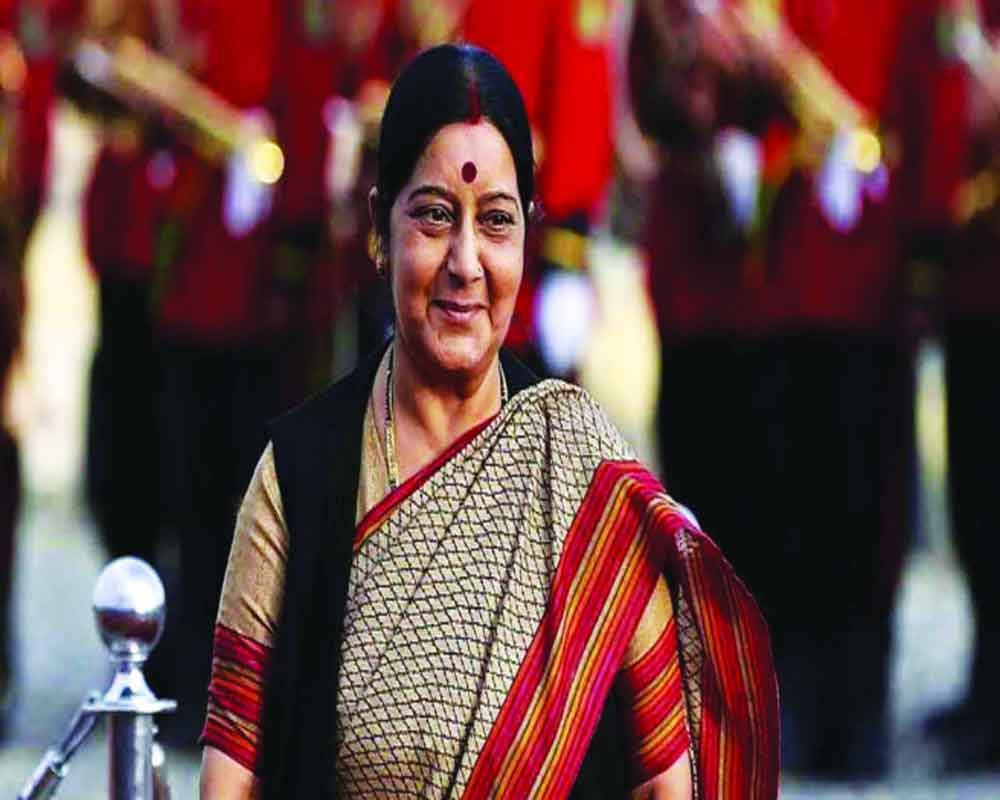 The Government on Thursday renamed Pravasi Bharatiya Kendra and Foreign Service Institute after late Sushma Swaraj. The decision to name the two institutes after her came a day before her 68th birth anniversary.

Pravasi Bharatiya Kendra, a cultural centre reflecting India’s connect with its diaspora, was renamed Sushma Swaraj Bhavan in honour of the late External Affairs Minister known for her empathy in reaching out to distressed Indians globally. Foreign Service Institute, a renowned institution where diplomats are trained, has also been renamed Sushma Swaraj Institute of Foreign Service.

The Ministry of External Affairs, in a statement, said the two institutions have been renamed in solemn tribute to the “invaluable contribution” of Sushma to Indian diplomacy, the cause of the Indian diaspora and the ethos of public service.

“The announcement is being made on the eve of her birth anniversary falling on February 14 in honour of the legacy and decades of public service of the former External Affairs Minister,” it said.

As External Affairs Minister, Sushma brought a sense of assertiveness in India’s diplomacy besides engaging the diaspora, a central focus of the country’s foreign policy priorities. Sushma was one of the most followed Foreign Ministers on Twitter globally.

She was known for helping Indians stuck abroad as she was quick to respond to their calls for help on Twitter. Sushma even became popular in Pakistan for her response to people wanting to get visas for medical treatment in India.

Swaraj had many firsts to her credit -- the youngest Cabinet Minister in the Haryana Government, the first woman Chief Minister of Delhi and the first woman spokesperson for a national political party in the country.

She was Information and Broadcasting Minister in the 13-day Atal Bihari Vajpayee Government in 1996 and got the Cabinet portfolio again after he led the BJP to power in 1998. She was also the Leader of Opposition in the Lok Sabha between 2009-14. Swaraj, a law graduate who practised in the Supreme Court, was elected seven times as a Member of Parliament and three times as a member of the legislative Assembly.