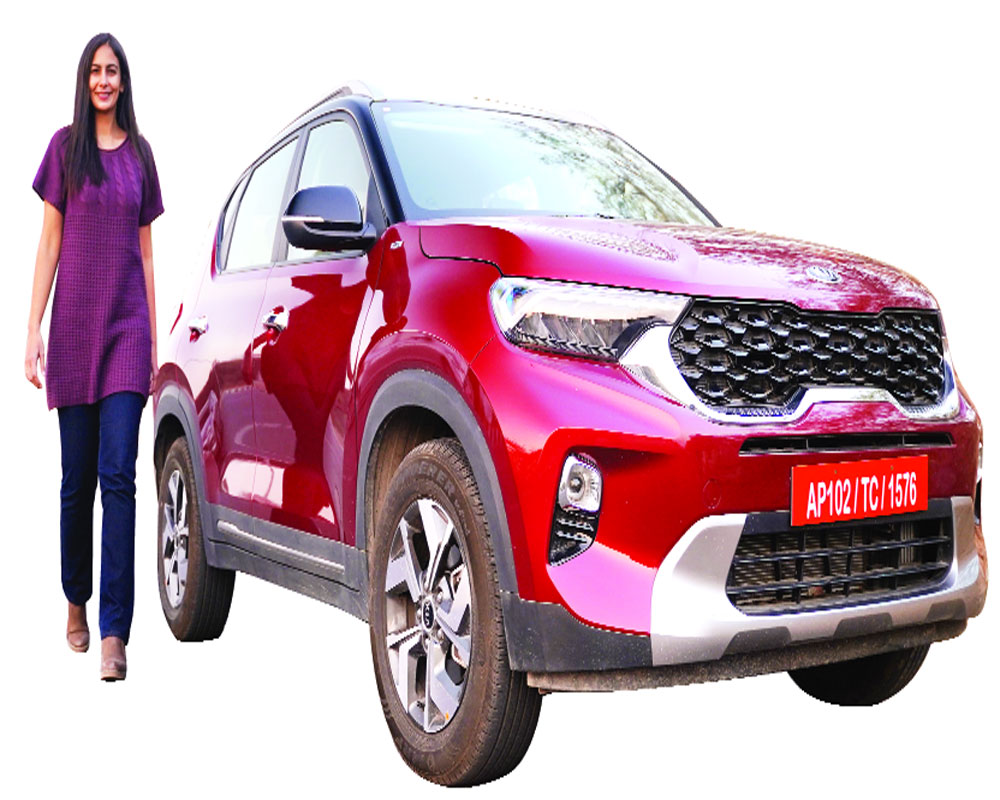 Manta Sidhu wanted to be a journalist but she loved music too much...

Manta Sidhu, songwriter and vocalist for the Manta Sidhu Ensemble, always wanted to write and had chalked out a career in journalism ever since she was in school. After graduating from Delhi University’s Hindu College she joined the fabled A J K Mass Communication Research Centre at Delhi’s Jamia Millia Islamia. Yet, after a few years of writing stories, editing and spending long hours in the newsroom, she realised that her true love was music and writing songs. While supporting herself with some freelance journalism gigs on the side, Manta was drawn more and more into music. “I was already quite deeply into it since college and I always wanted to pursue music seriously, but I didn’t realise to what extent.”

Despite being blessed with a great voice, Manta admits that, music was just one of several extra-curricular activities she participated in during school. It was while studying at Hindu College that she became a part of the college’s active music society and met new friends — all with an interest in music. “That is where I decided that I would be pursue music professionally, but I had no idea about how deep I would get into it. Music was an unconventional career choice then.”

Yet, Sidhu states that while it might have seemed tougher earlier because there were fewer locations and gigs, nowadays with a whole bunch of younger and hungrier musicians taking up instruments, competition has ensured that ‘making it’ is still a challenge. “By making it I mean, earning enough to make ends meet and live comfortably, so that you can spend time writing and composing your own music and releasing albums. It is still a challenge today. Although there are so many more places to play music but there are also so many more musicians. And that is a good thing.”

Manta also credits her bandmates for her songwriting, “As a writer you have a vision and it is your bandmates, who are expert instrumentalists and put your vision into action. I have been blessed in both my bands to have great bandmates. I really wouldn’t change anything about my experiences.” She also adds that a lot of what she knows about music was picked up from her fellow musicians, “Some of them are very highly educated in music, some have studied abroad. There are so many things that I lack that they make up for. There are numerous things that I was unaware of that I have learnt thanks to the privilege of working with them. Collaborating with others in your field is very important in any creative profession because you can’t go the solo way.”

The inspiration for her songs often comes from her personal experiences but that is not a deliberate thing, she says. “I think, I speak for most songwriters when I say that when you are writing about a subject, subconsciously, you are taking from your own experiences. But it isn’t always that. One major aspect that people often forget about anybody indulging in creative writing is that it isn’t always experiences but also observations and even your mood at the point of time that you are writing a song.” However, a major portion of writing is inspired from observing life around them and that is where a bulk of their creativity comes from, she feels. For someone who wanted to be a creative writer, Manta says that songwriting is where she channels her inventive energy.

As for this year, Manta is fairly pragmatic, “There are many aspects to 2020, but some days it is great to wake up and not go anywhere.” And while not performing has taken its toll, she is very pleased that she managed to finish writing the material for the Ensemble’s third album. Although when she recently caught up with her bandmates for the first time since the lockdown began, ostensibly for the first practice of the new material, no music happened. “We were meeting after so long that we just ate, chatted and partied.” She says that she has been fortunate as she teaches music at the Shiv Nadar School in Gurugram’s DLF Phase 1 which has meant that unlike some other musicians she has managed financially.

Talking about the revolutionary Intelligent Manual Transmission that removes the clutch but keeps the gear lever, allowing drivers to get the best of both worlds, she says, “Well, my left foot was feeling idle, but this really took me just a minute to get used to, so it isn’t very difficult at all. The music is great in the car so your left foot can keep tapping to it.” She hopes that the IMT concept catches on with more cars adopting it. As for the seven-speaker BOSE audio system, Manta’s first comments are that it is ‘beautifully balanced’. “Some audio systems are too heavy on the base, and others, like bad headphones, can be too high on treble. As musicians the experience you want listeners to have is a balanced one and that is what we try to achieve in the mixing studio and the translation on this system is perfect,” she exults.

While the Sonet has turned out to be one of 2020’s best things, its music system is actually a hidden surprise for melody lovers. Here is to a verymusical 2021.