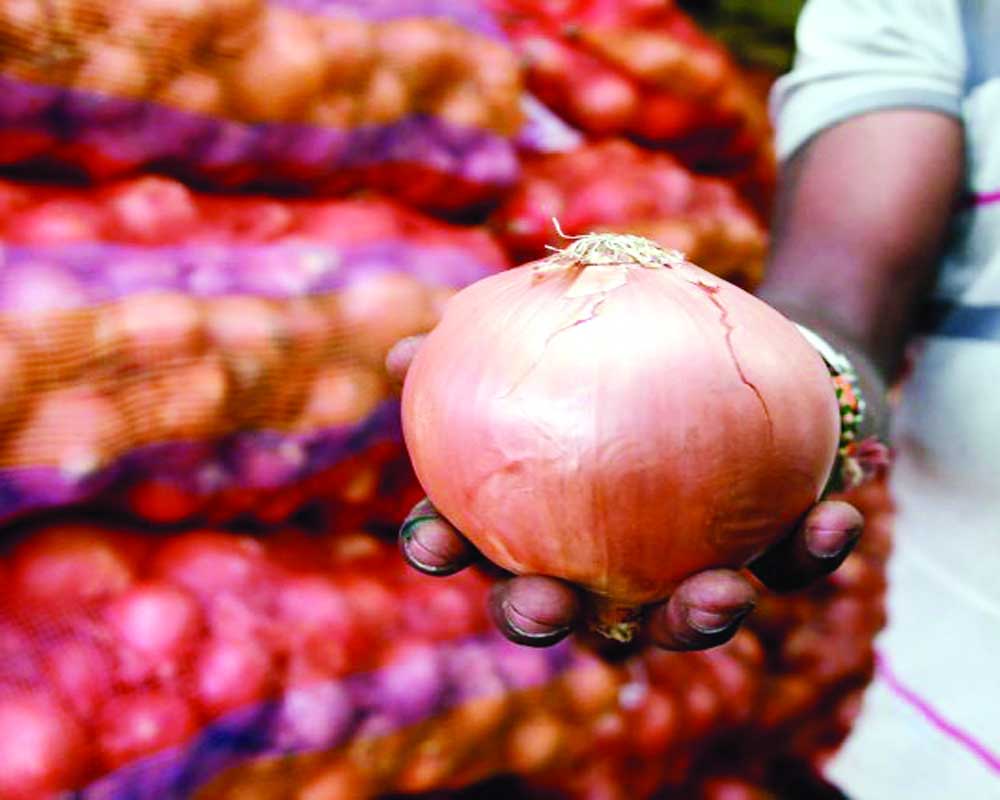 Indians have shown their clear preference for the desi onions and shied away from lapping up imported onions that the Centre procured to tide over its acute shortage in the country due to unseasonal rain affecting the crop. As a result, nearly 85 per cent of the 18,500 tonnes of onions imported from Turkey, Egypt, European Union and Afghanistan continue to remain in the storage.

A drop in price of the desi variant has posed a challenge to the Centre in disposing of the huge stocks as State Governments are not interested in accepting the supply.

Retail onion prices, which were ruling over Rs 100-170 per kg in several cities since the past two months, have started softening now on arrival of imported onions and new kharif crop. However, prices have still not fallen to the normal levels. As per Government data, retail onion prices average Rs 50 per kg in most markets. The data showed onion being priced at Rs 50 per kg in the national Capital but local vendors were selling it for Rs 70-80 a kg.

Asked why prices are still high despite imports, Paswan said, “The imports are being done to improve the domestic supply and check prices. If State Governments are not ready to take the imported onions, what can we do?”

The Centre has contracted 42,000 tonne onion to check prices in the retail market. Of them, a shipment of 5,500 tonne was cancelled before it set on sail in the absence of demand.

A senior officer said that States such as Maharashtra, Assam, Haryana, Karnataka and Odisha have not picked up the imported onions. They had initially demanded 10,000 MT, 3,000 MT, 3,480 MT, 250 MT and 100 MT, respectively. So far, Andhra Pradesh, Kerala, Telangana, Uttar Pradesh and West Bengal Governments have taken the imported onions.

With onion prices shooting over Rs 100/kg in November-December, the Central Government had decided to import 1.2 lakh MT of onions. The official added that States have said the imported onions are way too expensive compared to the onion prices in the domestic market, now that late kharif and early rabi onions have already started arriving.

“Consumers were hoping that the prices of onions will come down after imports from Egypt, European Union and Turkey arrive in the country. However, it seems that there are no takers for the imported onion across India. The taste of imported onions is different from the homegrown ones and consumers are not buying it when domestic onion is available,” said Rajendra Sharma who is biggest supplier of onion in Delhi and NCR areas.

“The Government is worried about its disposal because it is a perishable commodity,” Paswan added.

“Tomorrow, someone should not go to court and say imported onions were rotting,” he said.