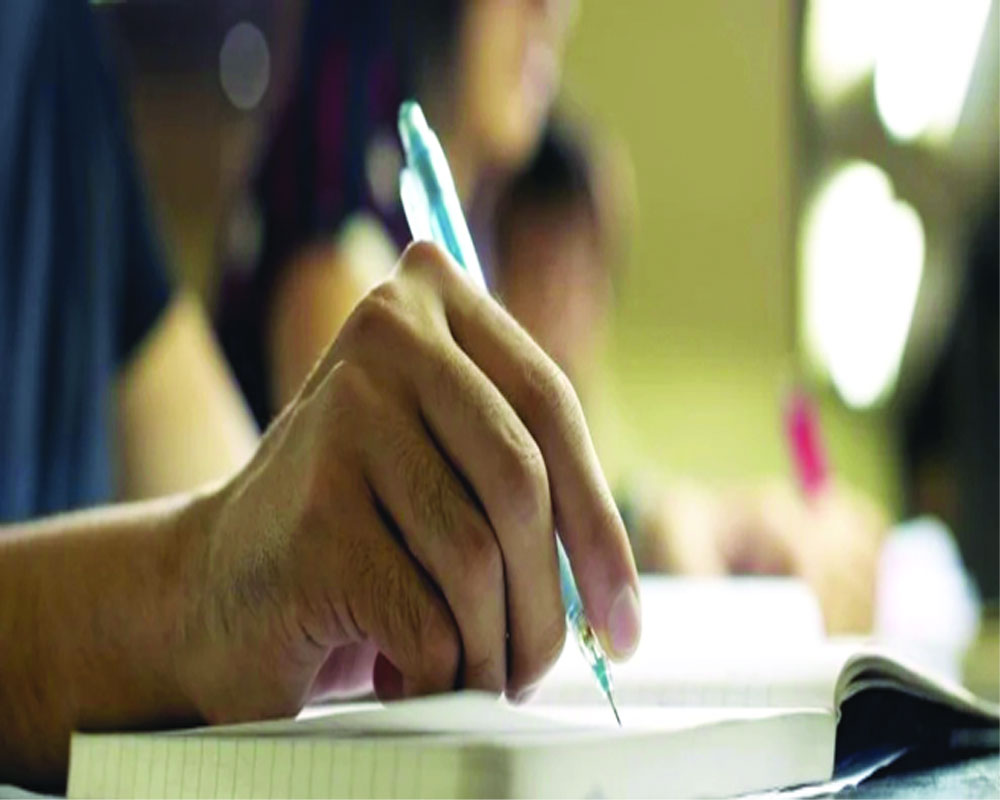 The Centre on Monday directed the HRD Ministry to allow universities and equivalent educational institutions to conduct the “final term” examinations which is pending since March/April due to the countrywide lockdown.

The Ministry of Home Affairs, in a letter to Higher Education Secretary Amit Khare, said the final term examinations are to be compulsorily conducted as per the UGC Guidelines on Examinations and Academic Calendar for the Universities by September 2020 end.

The MHA, however, remained silent on other semester examinations (for instance mid course like 1st year, 2nd year, etc) rescheduled this month amid the growing concern within the States, students and other academic stakeholders. Several universities cancelled semesters examinations due to inordinate delay in the issuance of fresh UGC guidelines.

The MHA conveyed to the HRD Ministry to conduct the examinations as per the Standard Operating Procedure (SOP) approved by the Ministry of Health & Family Welfare.

“We have just received the directives and its details will be looked into,” a senior HRD Ministry officer said.

The Ministry has convened a meeting of HRD, UGC and other stakeholders in higher education on Tuesday.

Around 10 State Governments have announced complete cancellation of all university and college-level exams so far. Prominent institutions like the Calcutta University has also resorted to similar measures while institutions such as the Delhi University, CCSU, AKTU, GNDU, CSJM, DTU & MGSU are waiting for UGC guidelines in order to take a final decision on the pending semester exams.

The HRD Ministry said UGC is likely to announce revised guidelines for the pending exams soon. The delay has been due to the second thought on evaluation of candidates who would have taken their first semester in a new class/session.

Rajasthan, Punjab, Maharashtra, Madhya Pradesh, Odisha, West Bengal, Haryana, Rajasthan are some of the States which have cancelled university exams so far. With the Kerala Government imposing a triple lockdown, the Mahatma Gandhi University, Kerala has also decided to postpone the semester or college and university exams.

Sources said the HRD Ministry and UGC officials are now contemplating a unified approach to deal with the situation and may go for the promotion of all college and university students across the country without examinations.

Universities and students have urged the UGC to clarify at earliest its guidelines on pending exams. Institutions and stakeholders have sought clarity on the evaluation formula to be followed for promoting students to the next grade without remaining examinations being conducted.

Sources said several universities and higher education institutions have written to the HRD Ministry with their own proposed remedial measures with regards to the semester exams.

For Instance, Calcutta University has communicated that it would not be holding semester exams but instead would hold internal assessment on the basis of previous semester marks to promote students to the next grade without holding exams.

Both Punjab and Rajasthan Chief Ministers, Capt Amarinder Singh and Ashok Gehlot, respectively, have announced that their Governments have decided to cancel all the pending university and college level exams for undergraduate and postgraduate level students in the State. They took the decision after looking at all the options, including logistical feasibility of holding the exams and the risk it poses to the students. However, the State Government has allowed universities to hold online exams, which are currently underway without any interruption.

While Rajya Sabha member and AAP leader Sanjay Singh on Monday wrote HRD Minister Ramesh Pokhriyal ‘Nishank’ for cancellation of DU OBT Exam or Open Book Test, Tamil Nadu has formed a panel for feasibile study for Semester Exam 2020 to look into the matter of holding the pending semester and final year exams for the university and college students.

As per the latest announcement by Delhi University, the semester examinations are to be held from July 10 for both undergraduate and postgraduate programmes.