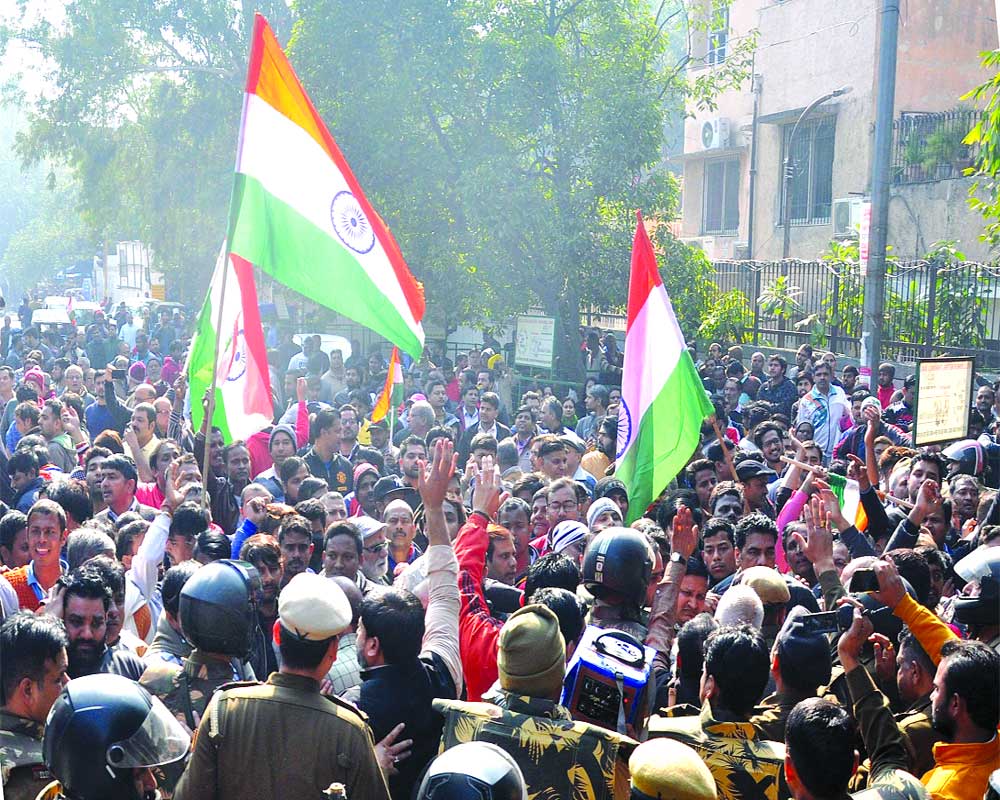 Deeply upset over the continued sit-in on a key road between Noida and South Delhi by anti-CAA and NRC protesters in Shaheen Bagh, residents of  Sarita Vihar protested on Sunday, demanding lifting of the road blockade.

The protesters said the blockade of the road no 13A through Kalindi Kunj road, between Noida and South East Delhi and further to Faridabad by Shaheen Bagh women and other protesters since December 15 demanding scrapping of CAA has led to hardship for daily commuters and shopkeepers.

With the Delhi Police further closing the road it has resulted in traffic snarls and motorists and commuters are being forced to take longer routes, said residents, who ended their protest after getting assurance from police officials that their complaint will be addressed soon.

DCP South East Chinmoy Biswal said, “We have requested the residents not to protest on the main road which they have agreed to. Our responsibility is to ensure peace is maintained law and order.”

The Delhi High Court on Friday refused to entertain a petition seeking removal of the barricade on the Shaheen Bagh road causing traffic issues. Also, the petitioner had asked for the protesters to be shifted to some other location. Scores of protesters have been agitating in the area against the Citizenship (Amendment) Act and National Register of Citizens (NRC) for over a month now.

Barricades have been put in place to keep the stir in control.  The Delhi Police has time and again issued advisory regarding closure or obstruction due to traffic in the area. Also, imams of mosques  and RWA have urged the protesters to lift the blockade as it is causing hardship to not only commuters but to businessmen on the road.

The prolong protest has left many commuters deeply upset. Shivani, a Noida resident, said she commutes to work in Delhi’s Sarita Vihar and now takes metro. But even that is becoming difficult as she has to change rickshaw twice during the journey, which costs her around Rs 100 on one side, she said.

Another Noida resident rued that he is spending two to three hours to travel to reach his destination. Normally it took half an hour to reach my office but closure of the road has made it miserable for daily commuters like him. “The traffic has been diverted to DND and Chilla Regulator roads,” said a traffic police official.

Noida traffic police have advised commuters to opt for Delhi-Noida Direct (DND) flyway or the Chilla Regulator route for travel between Delhi and Noida.