‘I love to experiment with genres’

‘I love to experiment with genres’ 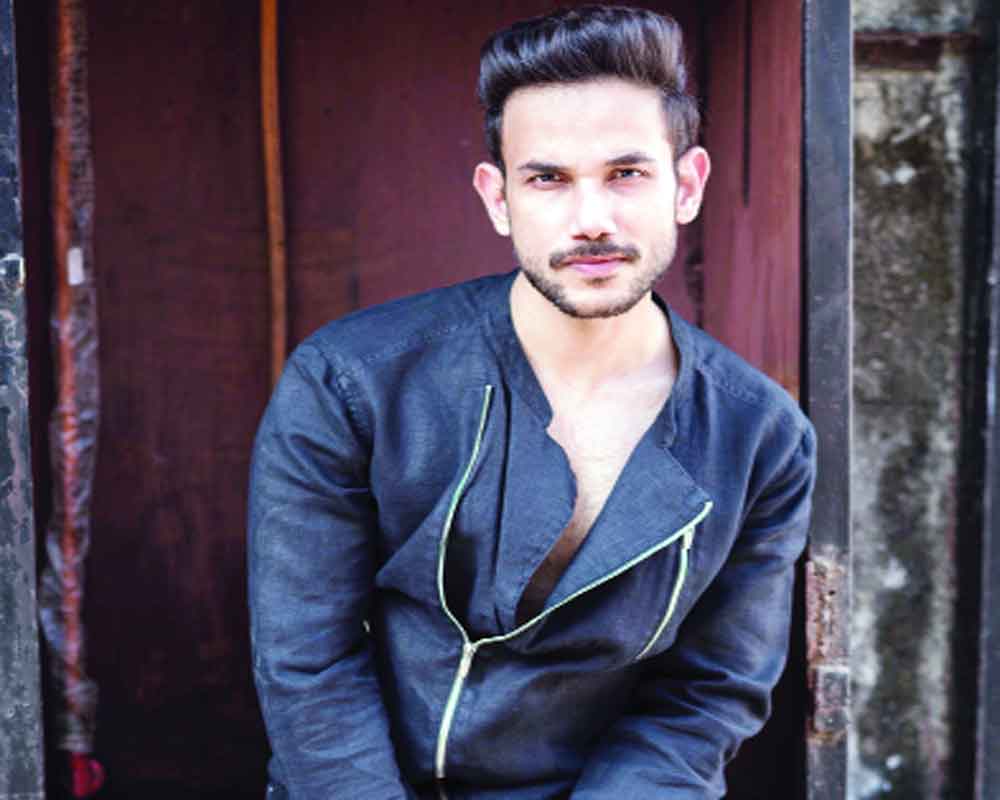 AMITT K SINGH, who has done several TV shows will now been seen as a lead in a 90-minute horror web film shot on a smartphone. SHALINI SAKSENA speaks with him about the latest venture and how he took to acting

How did your acting career begin?

I am from Varanasi but my home is in Delhi. I was in the Capital but the shoot got cancelled. At present, I am in self-quarantine. My acting career began in school. I used to be part of all school and college extra-curricular activities. I always wanted to take up acting professionally but didn’t know how to proceed. I graduated from NIFT and started working in Bengaluru. Then I got transferred to Mumbai and shared with an apartment with my acting friends. I would go with them on shoot and was fascinated with the industry. I auditioned and got my first show on TV. That is when things got hectic. I learnt acting and trained under Neeraj Kabi.

How did you come on board for Kaavya, the web horror film?

I had not auditioned for the lead character but then the director liked my face and re-auditioned for the lead. This film is unique — for the first time a film has been shot on an iPhone. A lot of Hollywood directors have done this, but in India, we are doing for the first time. It as a bit of a challenge as we are used to facing the camera. The crew also had to get trained. We did workshop for a month and shot the film in two weeks. But it was fun and crazy experience.

You have a mixed bag of work. Has that been a conscious decision?

I love to challenge myself and try to repeat my characters so I can avoid being stereotyped. I did comedy; I did a web series — Bhaukaal — based on a real-life cop. I travelled to the place where he was posted and learnt body-language and other nuances of a real-time cop. Then I too up the horror project. I love to experiment with genres.

You have worked on TV, films and web series. Does that mean that you like to experiment with platforms as well?

What matters to me the most is the character and content that I am offered. Platforms don’t matter as much. It was much an honor to work with R Balki and Harman Baweja’s production for the web series. I have loved to be part of each and every project that has come my way as it has been different.

What is the attraction of taking up a project for a digital space?

The content that one sees here is so bold. There is so much more than one can do here. There are no restrictions, I don’t mean there is vulgarity but the boldness of the subject, there is no fear to experiment with a subject. We have the freedom to express ourselves. In TV, one is restricted by the channel and other guidelines. Even in films the Censor Board will cut a scene that they think is inappropriate.

How has the journey been so far?

It has been really good. I have had the opportunity to work with some of the best people in the industry. I am at a very good place as far as my career is concerned. My acting career is just starting.

What was your parents’ reaction when you quit your job?

I didn’t tell them for the longest time. I had quit my job to shoot for the show for three months. I never told them that I was busy shooting. It was only when the day to air the show was announced that I called up the family and told them and asked them to watch the show. It was a pleasant surprise that they fully supported me. I am the youngest in the family, maybe that was the reason. Now, my mother calls me everyday to know about my day.

There is Kaavya of course. There is a web series as well in which I play the lead. There is another project that I am working on; I can’t talk about it but I can let you know about my look in it. I have had to shave my hair and grow a beard. It took me time to see whether I wanted to take it up or not since I won’t be able to do anything else due to the look. It was a daring decision but I am glad I took it up.