Dark and loving it

Dark and loving it 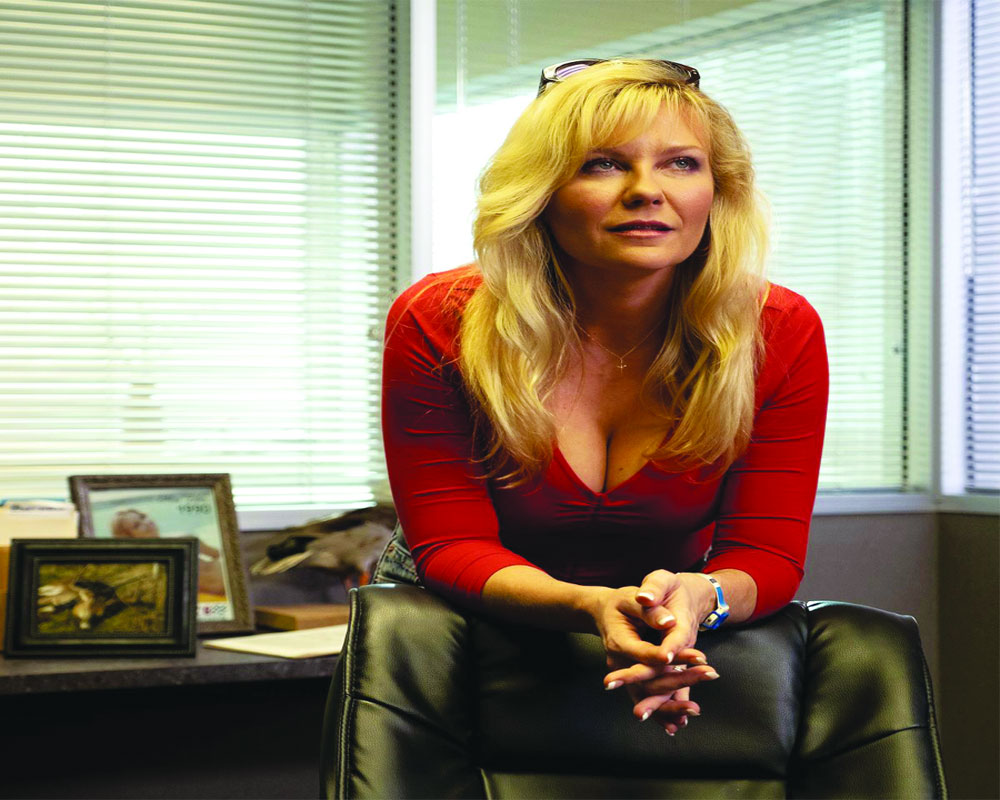 On Becoming God of Central Florida

In this dark, senseless world of ultimate individual enterprise, you would get so many negative vibes that chugging along the 10 episodes will become compulsive. It all starts with Krystal Stubbs also known as the Aligator Widow after her husband gets eaten up by one, leaving her homeless, penniless and for what it matters, betrayed.

The series takes some gestation episodes to get going but once it does, Crystal’s compulsions, situations, survival kits and her undying ambition to make money gets to you in more ways than one. You squirm, you get annoyed, you cringe and yet to support her fast growing unholy endeavours which leave no friend or foe untouched. Played to the hilt by a well endowed Kirsten Dunst, OBGICF, is a ditty on capitalism and some say, draws its marrow from the famous homeselling chain Amway.

Amwayish or not, it’s all due to the machinations of a ruthless entrepreneur (Ted Levine is brilliant and in the skin of Garbo) making his billions using people by driving them into false entrepreneurial modes which makes them mortgage their lives in the service of Garbo, the God who is the real demon.

Lives are torn apart, marriages break, loving couples and fathers turn into maniacal liars — all this as Garbo makes his money by giving his workforce pittance. Whoever deigns to raise a protest or even an eyebrow is dealt with by his naked foot assassin.

The story is dark, truthfully loose on honesty, too dependent on everything that’s not really right but the way it is woven through may get it some converts.

There is humour to break into the intense intrigue, there is pathos to ruffle up an unconventional romance, there is a mirror to a dream that is very American, and there is a lot more for you to spend some time with this series.

Put together by Robert Funke and Matt Lutsky, the story encases the pull and predicament of capitalism in its most naked form, eating into middle class mentalities like a moth on a mission. Some scenes are so raw and telling that you are almost driven away from your next shopping binge.

But that would be putting it mildly. The spiralled life of Stubbs will catch the eye as much as the emotion of all discerning viewers of this differently enabled series.