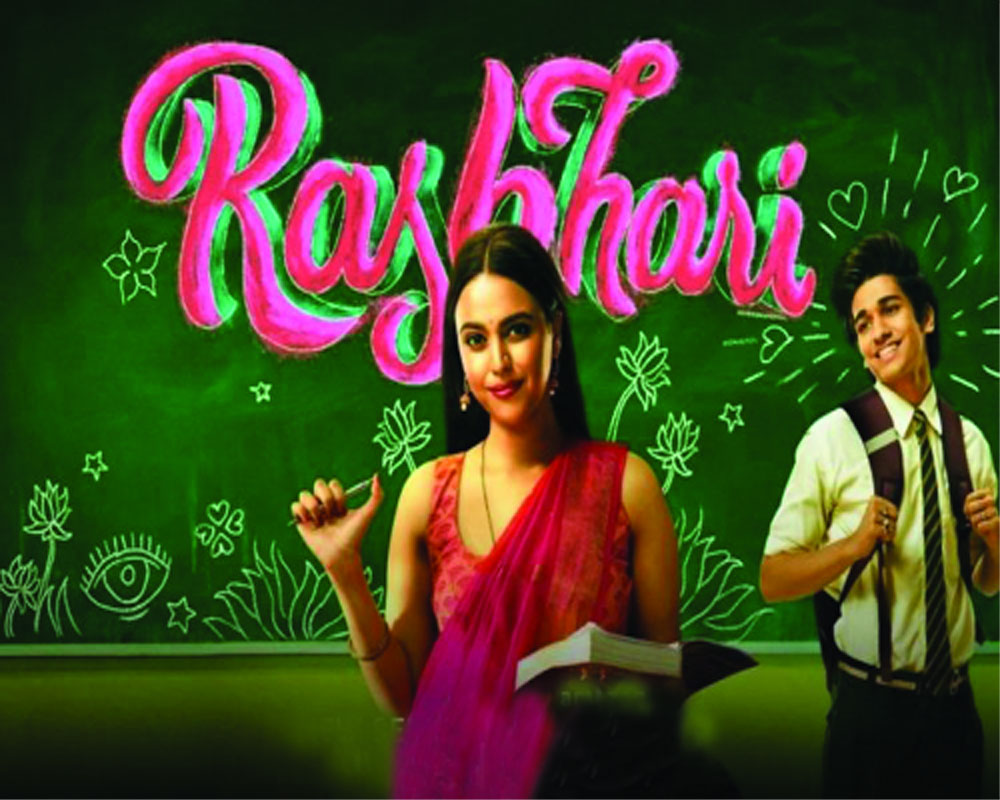 This one comes with adequate corn and cola moments with Swara Bhaskar, as usual, living in the dual skin of Rasbhari. A coming of age story of a small town boy, his English teacher, his do-anything-for-you friends and his school sweetheart, this eight-episode series is complete in itself and yet leaves a convenient window for Season 2 and beyond.

Swara, as the English teacher, and also as the libido high Rasbhari, is a treat to watch though Ayushmaan as the boy in the bonnet is also outstanding. The sights and sounds of Meerut, a small city always in the 40 kmph gear and a satellite town to Delhi have been well captured by the director. The kitty party women, the dirty talk, the abuses and the stray cords of men are so naturally part of the firmament that you start enjoying and expecting them as routine.

Indian content on OTT platforms, without any censors, has come of age, much like Ayushmaan who has wet dreams about his English teacher and spends most of his time talking and trying to lose his virginity. This, by the way, takes him to hilarious situations which punctuate this series. Losing virginity, talking sex and getting cheap thrills from voyeurism seem to be the sole purpose of his life — and of all his classmates — as he veers around to taking tuitions from Swara to learn more about life and respect.

Without being preachy or lofty, this simple, funny and well meaning series engages you gently, converting your reservations about abuses into sometimes shocked laughter and sometimes a surprising wait for the next one.

The series is souffle light, has its funny moments and keeps you engaged for most of the episodes.