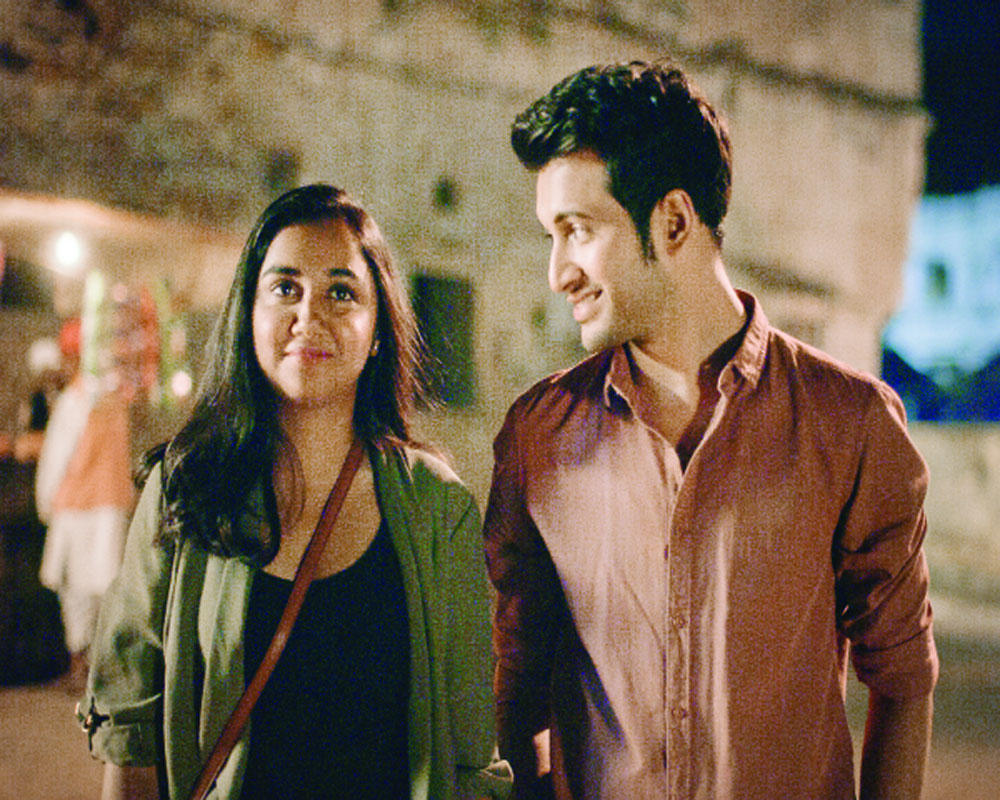 This film is based on Sandhya Menon’s book When Dimple Met Rishi and the series has been written by Gazal Dhaliwal and directed by Akarsh Khurana and Nipun Dharmadhikari. On the face of it, Mismatched is a light rom-com and at the heart of it are diverse students. This is something that the younger viewers are going to identify with. But then given the theme and the story of the movie, this one is totally for the teenagers — those between the ages of 16 to 19 — young, angry, rebelling, want to have fun, experimenting and just being themselves away from the prying eyes of their parents.

Then there is the lead pair. A girl who only has one thing in mind – to excel and have a career — unlike her mother who only wants to see her daughter married. The boy, a romantic and a Bollywood movie fan is looking for a wife. Yes, at 18. Sounds bizarre. But it is funny to see how he goes about winning his girl.

But this is make-belief and there has to be drama and nothing comes easy in reel life or real. There are bound to be twists and turns and there are several here.

But if you are the kind of person who likes to watch shows that have a clear-cut ending, this one be avoided since it is season one and given by how things end here, season 2 is definitely on the cards. When? Time will tell. Also, those who are always looking for meaningful content, this is predictable and somewhat boring, at least it will be for the adults. The teenagers are sure to find a connection and see themselves in at least one of the several characters.

While it is interesting to see diverse characters, since the focus is on the lead all the time, the back stories of the others have not been explored even when each has one. This means that there isn’t much depth to the characters, at least for now.

Overall, one can binge watch these six episodes.

Those who saw the original, this sequel will only be a takeoff where things left off. However, one does have to see the first one to enjoy this rather cute but preposterous love story. Preposterous because not only are there three Vanessa Hudgens but they switch again just so one from the original pair is able to spend time with her ex and they need closure while everyone around them is hell bent on getting them together because they look sweet together.

Preposterous because one of the three Hudgens’ is a villain and wants the crown for herself, steals all the jewels and disappear to a non-extradition country! Her own millions have sadly disappeared and her minions are not below stealing or kidnapping from the royalty even though she is one.

But it is a Christmas movie as well and everything has to be sweet and cute with plenty of love thrown in for good measure.

Also, one can’t have a Christmas movie where the halls and the entire façade doesn’t scream Christmas in bold letters. With everything warm and fuzzy around you, all you have to do is sit back with a mug of hot chocolate and enjoy this one.

Even though Christmas is more than a month away, people will tell you that there isn’t enough time to ensure things are in place if you want to get into the spirit of this festival. Holiday Home Makeover with Mr Christmas with Benjamin Bradley who is known in the industry and his clients as a designer of incredibly detailed, atmospheric and beautiful interiors is a series just right for you if you want to know how things are done.

If you don’t know how to do it right, then also, the show is interesting to watch. So much so that one actually wants to go out there but all the decorations there are so make one’s home welcoming and full of the festival spirit with family and friends and good food to eat.

One can always tweak it to Indian tastes and we do love a festival and love to celebrate it with all its trimmings — tree, food and OTT decorations. And even if you don’t have to go all overboard, Bradley gives little gems of advice on how one can still celebrate without being ostentatious and staying away from the commercial aspect of this festival.

But it is difficult to stay grounded when he goes around doing the absolutely beautiful home transformation. All one wants is to enjoy the brilliance of the reveal.

Not so simple after all

A lot of content is being generated on the OTT platform and in a hurry at that. Reason is simple, once the cinemas open and start getting populated the relegation of alternate entertainment avenues will become a natural process. Of course, committed OTT viewers will stay and carry on with their web series but the vertical surge of viewership will recede — equally vertically once life returns to normal.

Sensing this as no rocket science, the producers are dishing out jiffies and also getting lapped up by home bound bored viewers. A Simple Murder, in that sense is not so much of a drag, but calling it run-of-the-mill small budget series would not be an exaggeration.

Greed is of course at the centre of the story revolving around a proposed supari killing but on actual show is the degeneration of society at large. Be it marital relationship, adultery, sexual harassment at office, political criminal nexus, contract killing or, for that matter, even honour killing and inter-religion marriages, there is a peep into all aspects of what urban jungles ae all about.

Showcasing such wholesome negativity comes with obvious baggage and that’s what A Simple Murder carries with a lot of unease.

The characterisation and the actors chosen for it complement each other with excellence but for a story to carry on through the seven episodes and then into a second season, there needs to be something more.

Bollywood needs to take a leaf out of this miniseries to know how to make a show that will keep you glued to your screens from the word go. But then one can’t expect anything less from Your Honor given that it stars Bryan Cranston. Those who have seen Breaking Bad, Cranston will be a familiar face. The show that has 10 episodes is based on the Israeli series Kvodo created by Ron Ninio and Shlomo Mashiach.

Interestingly, despite the fact that it is a thriller, the pace is slow even though there is so much happening all at the same time. It is amazing to see how the makers have slowed the storyline without compromising on the tautness and the whole nail-biting thing to know what comes next.

There are so many characters and their stories and each intertwined rather beautifully to bring you a tale of a father’s love for his son and how a parent would go to any lengths to protect their child whatever be the cost, even it means at the cost of one’s profession and belief.

It is definitely a show that is not to be missed. Unfortunately, one will have to wait and see what the final outcome of this one will be since only half will be aired from December 6, 2020. The series will also air on Zee Cafe.

Reality bites, and how!

If you don’t mind added depression in these Corona days, Das Capital will grip you with a dark drama embedded in a complete loss of faith in humanity and humanness. Seeped in corruption, our society has nowhere to go except to hell and there is no gentle way of saying this. Das Capital encases the total ruination of man’s integrity, his existential compulsions and his ugly will to survive the life and times of modernity, whatever it takes. And if it takes selling his loving wife’s dead body to skeleton sellers, so be it.

Yashpal Sharma gives a stellar performance throwing up all this dirt at you with such convincing depression that you would be part of his society to not get affected.

This story of poverty, corruption and all that a rural society is beset with unfolds in the villages of Bihar where the BDO is king and king-maker, a shark who has no qualms in biting away the last flesh of decency from a trait called scruples. He makes money and down the line the racket eats up the insides of everybody — the common man, the clerks and even the crops and vegetation of the area.

What gets you in the end is the fact that all this is reality and it happens all the time as so-called well meaning administrators, politicians and NGOs look the other way, if at all they are not party to the chain of organised corruption.

Yashpal as a reserve quota clerk trying to make ends meet gives a reality slap to the audience with his topline performance which brings tears to your eyes along with his.

You cry with him, for him and ultimately for yourself for living in such torrid times where the life and death of a common man is of no consequence whatsoever.

Das Capital is a very gripping drama but too negative to take in, in such negative times.