Mystery 2.0 at your doorstep

Mystery 2.0 at your doorstep 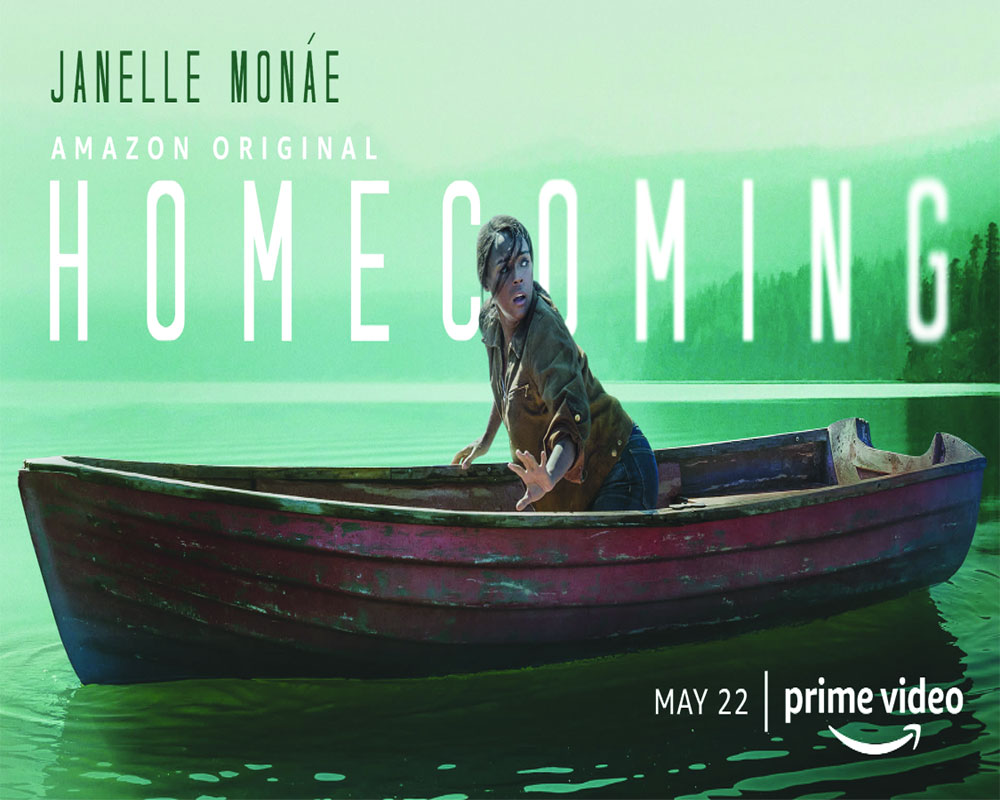 No, the American sweetheart is no longer in front of the camera to guide your homecoming through the web of mystery that hooked you forever in the last season. But she is producing Homecoming 2, the Amazon Special series that returned to viewers with the same net of subtle but engaging drama that come in the list of good suspense thrillers.

Julia’s role is consummately taken over by a less known but no less impactful Janelle Monae with expressive eyes and a bewitching smile whenever she gets out of the compelling situation she is in, which is rare.

The 2.0 pace is set right at the beginning and it takes just the first shadowy shot of a woman waking up on a boat floating over a deserted waterbody clinging to even more deserted forest land. She spots a man on the shore but he scoots the moment she calls for help. She has no memory of who she is and why she has found herself in such a dire situation.

That’s enough for you to forget about whining about the absence of Julia Roberts who helmed Season 1 to remarkable consequences. The mystery is so well and tightly knit that the purposeful intent of drawing the viewer from episode to episode comes across as one of the most subtle slow-moving, almost invisible ploys to keep the desperate curiosity on.

That it takes over four episodes to start stitching the conclusion in your mind, speaks of a good footnote in the mystery genre but the fact that most would be rearranging their conclusions as the story unfolds makes Homecoming 2 a viable option, even if you had not been homebound due to the dreaded Coronavirus.

Monae finds herself in an unenviable position with no friends and apparently many hidden foes as her military tattoo stares her back from the arm with some suspect injection marks. Is she really an air force veteran? Is she the victim of a place called Giest where she is being secretly led to? Or is it altogether a story that defies calculations? Must tune in to watch, even if it is not an intrigue fueller that this riveting series is actually an adaptation of a podcast, something that hooked Julia Roberts to such extent that the big star of the big screen decided to play the psychologist on a job to counsel military vets.

In Homecoming 1, Geist was the shady organisation giving amnesia pills to people troubling the Government. In Homecoming 2, it does not lose its status of being the deadly troublemaker but all that comes with a twist.

There are side stories too, though very intricately woven into the main plot. For more, there’s always Amazon Prime waiting for you.