58 new cases of coronavirus in Rajasthan

58 new cases of coronavirus in Rajasthan 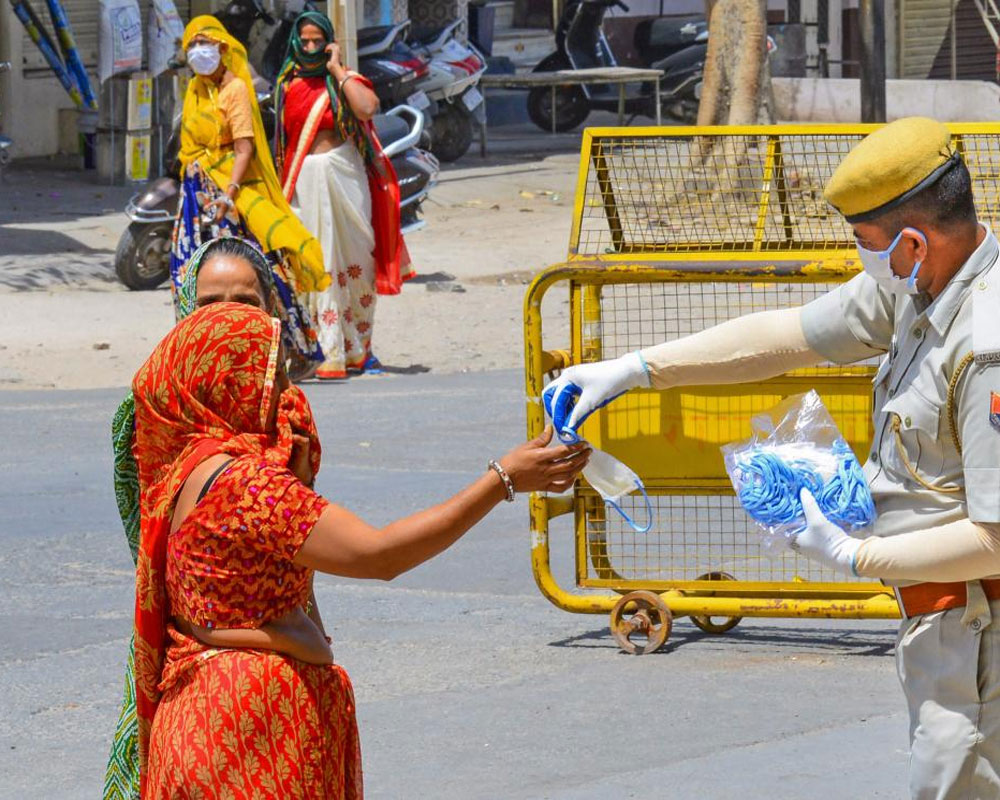 The state has so far seen 35 deaths due to the virus, with Jaipur accounting for 19 deaths.

"As many as 58 fresh cases have been reported in seven districts of the state, including 20 in Nagaur district," Additional Chief Secretary (Health) Rohit Kumar Singh said.

Besides Nagaur, 15 cases were reported from Jodhpur, 11 from Kota, seven from Jaipur, three from Kota and one each in Hanumangarh and Jhalawar.

A total of 2,141 cases of the virus have been reported in the state so far.

He said so far 513 patients have tested negative for the infection after treatment, of which 213 have been discharged from hospitals.

The total number of COVID-19 cases in Rajasthan includes two Italian citizens and 61 people brought from Iran to Army health centres in Jodhpur and Jaisalmer.

The entire state is under lockdown since March 22 and a massive survey and screening is underway to track the people infected with the virus.