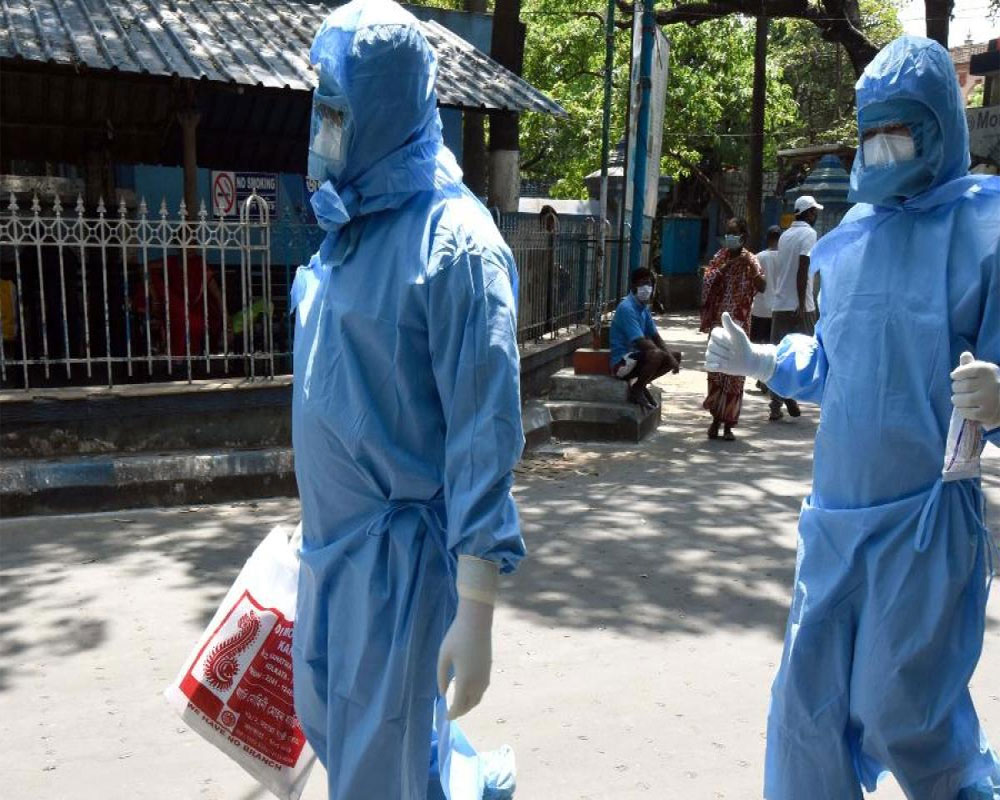 Arunachal Pradesh on Saturday reported its highest single-day spike in COVID-19 cases as 107 more people, including 40 security personnel, tested positive for the disease, taking the state's tally to 1,591, a Health Department official said.

Of the fresh cases, 22 were reported from the Capital Complex region, 38 from Changlang district, 14 from East Siang, 12 from East Kameng, 11 from Namsai, four from Longding and one each from Lower Dibang Valley, Lower Siang, Tirap, Papum Pare and West Kameng, State Surveillance Officer Dr L Jampa said.

"Forty security personnel of various central paramilitary forces -37 from Changlang and one each from Papum Pare, Namsai and Tirap - are among fresh patients," he said.

All, barring three, are asymptomatic and have been shifted to COVID Care Centres, Jampa said.

A total of 91 patients were discharged from various hospitals on Friday, he said.

Arunachal Pradesh now has 670 active cases, while 918 people have recovered from the disease and three died of it.

Arunachal Pradesh witnessed a spurt in coronavirus cases after the residents of the state started returning from other parts of the country during the nationwide lockdown.

A total of 1,400 people have tested positive for the infection in July, Jampa said.

The state government has conducted 81,865 tests for coronavirus so far, he added.

Arunachal Pradesh reported its first COVID-19 case on April 2 and the patient recovered from the disease on April 16. The state registered its second case on May 24.