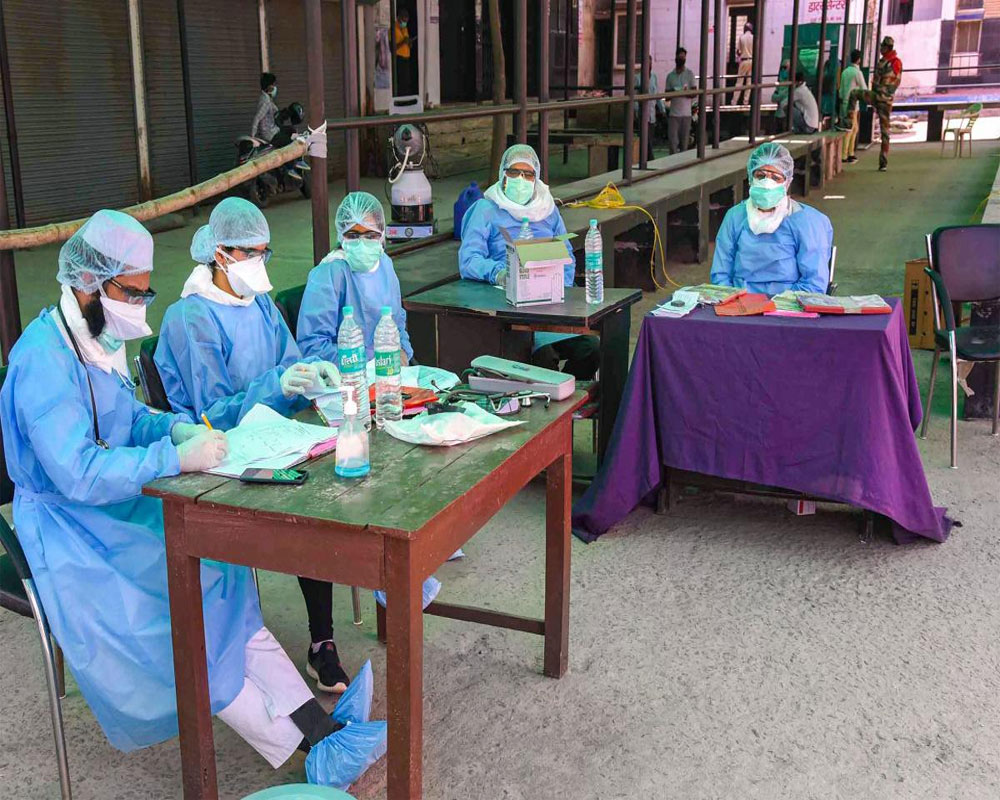 COVID-19 tally in Bihar skyrocketed to 68,148 on Thursday when the state recorded more than 3,000 cases, for the first time, in a single day even as 19 casualties spiked the death toll to 388, the health department said here.

In its bulletin, the department also pointed out that a record number 60,254 tests were conducted in the last 24 hours, a massive improvement since a month ago when the testing rate had stood at below 10,000 per day.

More than 50,000 positive cases have been reported in the last one month alone which has propelled Bihar to the eighth position in the country in terms of tally.

Cases of coronavirus in the state have now outnumbered those in Gujarat, Rajasthan and Haryana, where the incidence used to be higher until recently.

Of the fresh casualties, Patna district accounted for seven, followed by Bhagalpur, Gaya, Jamui and Nawada (two each) and Khagaria, Madhepura, Rohtas and Sitamarhi (one each).

Capital Patna is verily the district worst affected in Bihar by the pandemic, having reported 11,592 confirmed cases so far, including 67 deaths.

The district also reported 3966 active cases, more than one-sixth of the states aggregate.

Only 10 districts in the state have so far registered less than 1,000 confirmed cases.

A trend has been witnessed over the past few weeks that the number of cases reported on a day has been far in excess of the number of people who have recovered during the period.

As a consequence, the states recovery rate, still handsome at 64.30 per cent, has witnessed a sharp dip since a month ago when it was more than 70 per cent.

The number of people who have recovered in the last 24 hours was 1450 while the overall figure stood at 43,820, said the department.