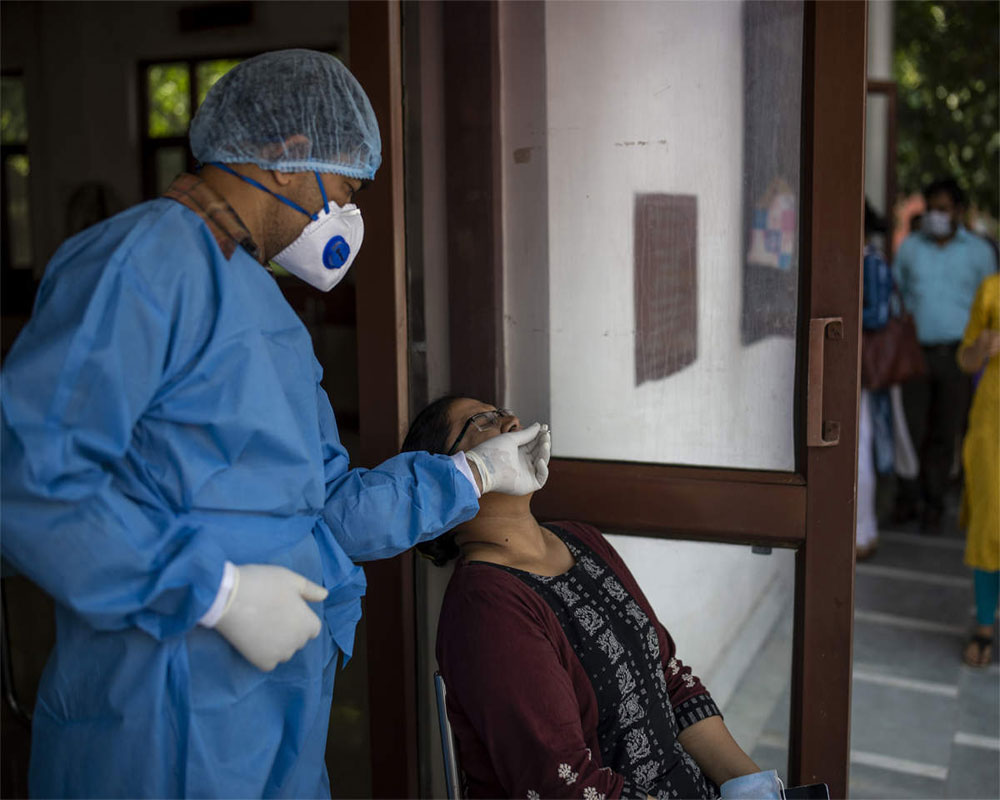 In a "significant milestone" India's active COVID-19 caseload has fallen below 7 lakh for the first time after two months, while the total recoveries have crossed 69 lakhs, the Union Health Ministry said on Friday.

The recovered cases are nearly 10 times more than the active cases, it said.

The active caseload of the country has fallen below 7 lakh for the first time after two months (63 days), the ministry said.

There are 6,95,509 active cases of coronavirus infections in the country as on date, which comprise merely 8.96 per cent of the total caseload, according to ministry data updated at 8 am.

"With a high number of COVID-19 patients recovering every day along with a steadily falling and sustained low mortality rate, India's trend of registering decreasing active cases continues," it underlined.

The data stated that a total of 73,979 patients have recovered and were discharged in a span of 24 hours, whereas 54,366 new infections were reported during the same period.

The national COVID-19 recovery rate has further progressed to 89.53 per cent.

Increased countrywide medical infrastructure, implementation of the Centre's Standard Treatment Protocol by states and union territories (UTs), and total dedication and commitment of doctors, paramedics and frontline workers have "led to a persistent increase in the number of total recoveries with commensurate dip in the fatality rate", the ministry said.

It said that "as on date the case fatality rate stands at 1.51 per cent".

"These have together resulted in a consistent slide in the active cases," the ministry underscored.

Twenty-four states and UTs have less than 20,000 active cases of COVID-19.

The ministry said 81 per cent of the new recovered cases are observed to be concentrated in 10 states and UTs which are Maharashtra, Karnataka, Kerala, Tamil Nadu, Andhra Pradesh, West Bengal, Chhattisgarh, Delhi, Rajasthan and Uttar Pradesh.

Maharashtra has contributed more than 16,000 to the single-day recoveries followed by Karnataka with more than 13,000 recoveries, it said.

Also, 690 case fatalities have been reported in a span of 24 hours. Of these, nearly 81 per cent are concentrated in 10 states and UTs -- Maharashtra, Karnataka, West Bengal, Chhattisgarh, Tamil Nadu, Delhi, Uttar pradesh, Kerala, Andhra Pradesh and Odisha, the ministry said.

Maharashtra has reported the highest number of single-day deaths at 198.