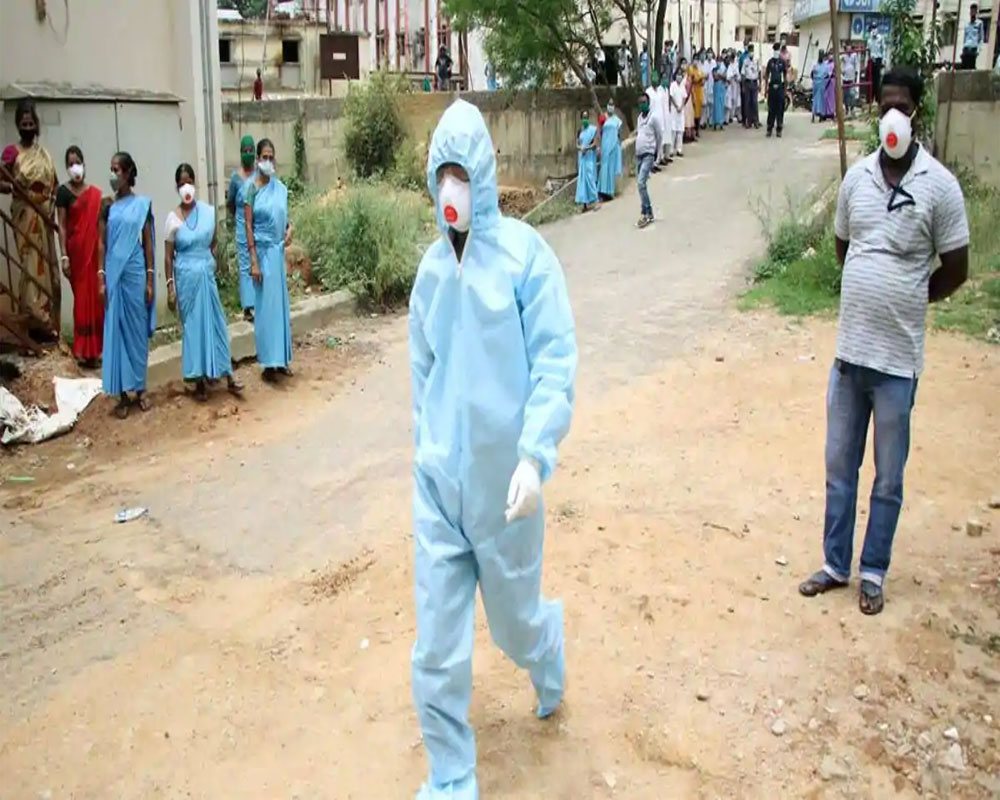 Five more people including two women succumbed to COVID-19 in Puducherry, taking the death toll in the union territory to 70, a top Health department official said on Thursday.

As many as 195 new cases were reported taking the overall tally to 4,621, of which 1,743 were active cases (including 510 patients in home quarantine in Puducherry and Yanam regions), Director of Health and Family Welfare S Mohan Kumar said in a release.

On the five deaths in the last 24 hours ending 10 am today, he said the deceased were in the 55-80 age group and most of them had comorbidities.

While one of the two women patients succumbed to infection at JIPMER, the other woman and the three male patients died at the Indira Gandhi Government Medical college (IGGMC) hospital.

As many as 2,808 patients have been treated and discharged so far, he said.

The 195 new cases were identified after examining 940 samples showing a 20.7 per cent positivity rate.

The fatality rate was 1.5 per cent.

The Health Department Director said 129 patients were discharged during the last 24 hours.

He said 44,158 samples were tested so far and of them 38,854 samples tested negative and the results of examination of the remaining samples were awaited.