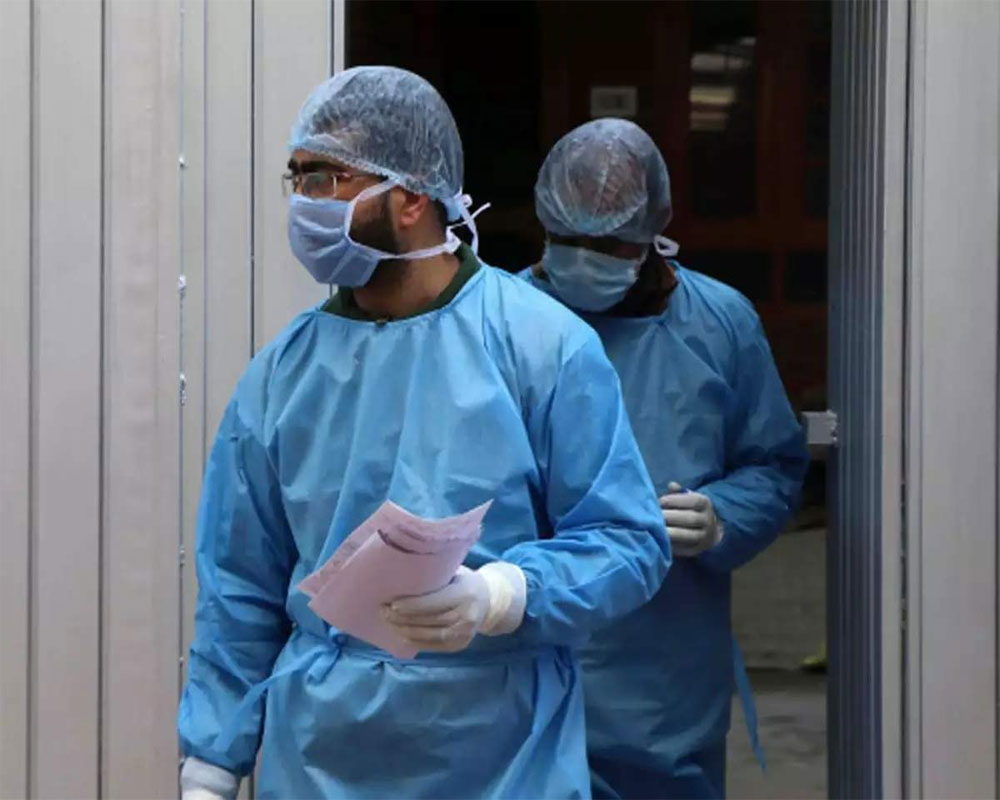 Five more persons tested positive for coronavirus in Uttar Pradesh's Gautam Buddh Nagar on Friday, taking the number of cases in the district to 307, officials said.

Also, five people, including an 80-year-old woman, were discharged from hospitals after recovery from COVID-9, the officials said.

District Surveillance Officer Sunil Dohare said 62 test results were obtained from the Government Institute of Medical Sciences (GIMS) and 10 from the National Institute of Biologicals (NIB) on Thursday, while others were from private labs.

"Five people have been found positive for COVID-19 on Friday and total positive cases till date stand at 307. Five patients were discharged on Friday and a total 204 patients have recovered so far. There are 88 active cases now," the officer said in a statement.

Gautam Buddh Nagar adjoining Delhi in western Uttar Pradesh has so far recorded five deaths - all of them male aged above 60 years, according to officials.