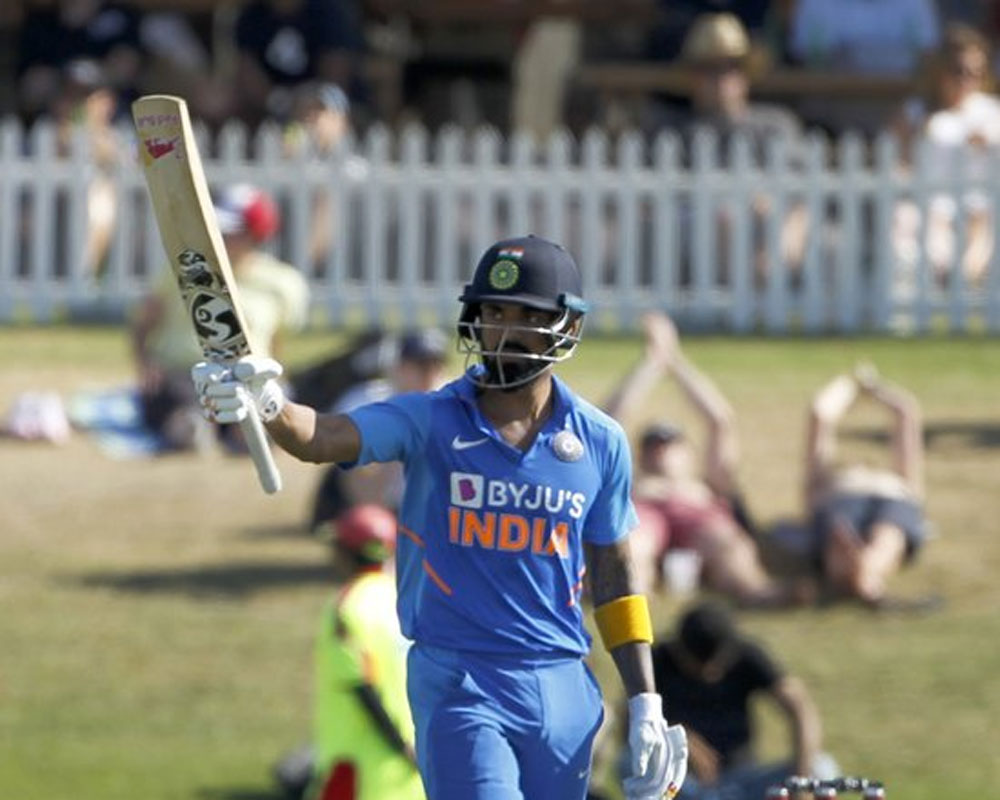 KL Rahul struck his fourth career century to rescue the Indian innings from a precarious position and take it to a challenging 296 for 7 in the third and final ODI against New Zealand here on Tuesday.

For New Zealand, who have already clinched the series after winning the first two matches, Hamish Bennett finished with 4/64 from ten overs to emerge as the most successful bowler.

The home made two changes, with captain Kane Williamson returning from injury. Spinner Mitchell Santner came in for Tom Blundell. India made one change with Manish Pandey included ahead of Kedar Jadhav.

India made another poor start. Kyle Jamieson (1/53) bowled opener Mayank Agarwal (1), who has suffered a torrid tour of New Zealand thus far. The big blow came when captain Virat Kohli (9) was out, caught at third man in the seventh over.

The other opener Prithvi Shaw provided the initial flourish with 40 off 42 balls, including three fours and two sixes. But, he was run-out going for a suicidal second run in the 13th over.

Iyer and Rahul then took charge of the proceedings, and anchored the Indian innings. The former batted steadily and reached his half century off 52 balls, his third 50-plus score in this series.

But Iyer could not carry on as he was caught off Jimmy Neesham (1/50) as the ball looped up, for a soft dismissal.

It was down to Rahul then, who crossed 50 off 66 balls. His partnership with Pandey progressed well as India reached 250 in the 45th over.

Rahul's hundred came off 104 balls, and he perished in a bid to accelerate thereafter. This is where India's innings fell apart, as Pandey also holed out off Bennett shortly afterwards.

India lost three wickets for 27 runs in the death overs and could not reach 300 despite the middle-order flourish.