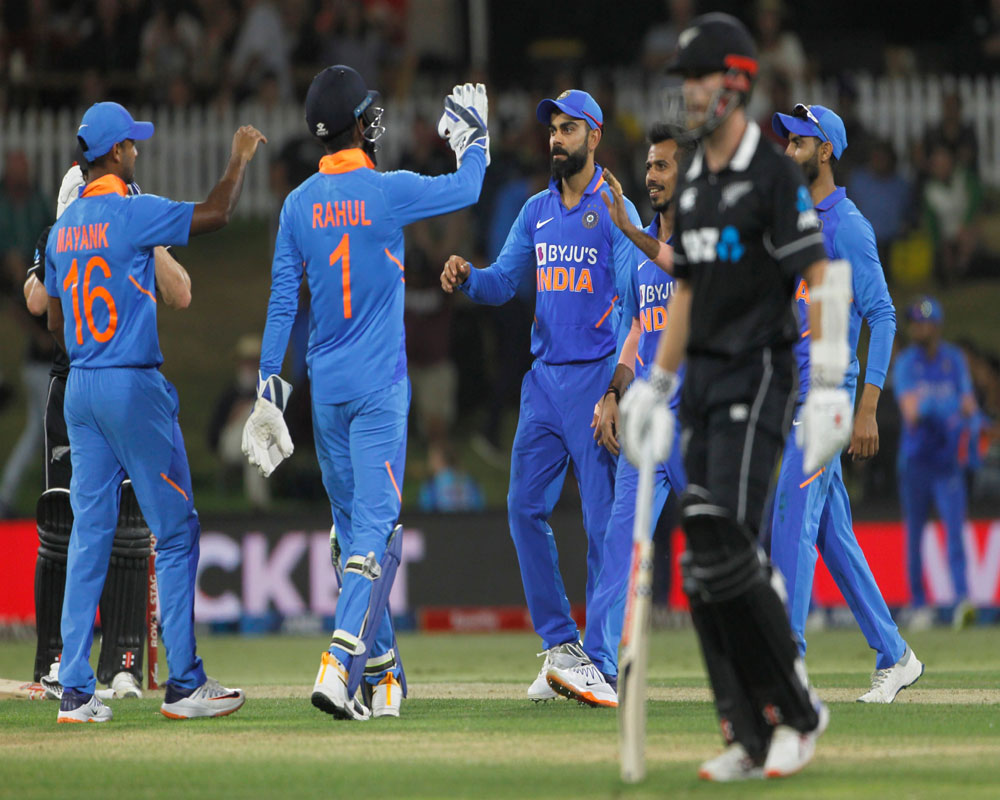 KL Rahul struck a combative 112 but New Zealand completed a 3-0 whitewash of India by winning the third ODI by five wickets, here on Tuesday.

Rahul helped India recover from a shaky start to post a challenging 296 for 7 but the Kiwis overhauled the target with 17 balls to spare.

This is first whitewash that India has suffered in an ODI series in more than a decade.

Sent in to bat, India were down 62 for 3 in the 13th over after the dismissals of Mayank Agarwal (1), captain Virat Kohli (9) and Prithvi Shaw (40) but Rahul got a useful ally in in-form Shreyas Iyer (62) to take India to a competitive total.

Rahul, who hit nine fours and two sixes during his 113-ball innings, and Iyer stitched exactly 100 runs from 18.2 overs for the fourth wicket to revive the Indian innings.

After the end of the promising innings of Iyer, Rahul shared another 107 runs for the fifth wicket with Manish Pandey (42).

The Kiwis were off to a confident start in their chase with Martin Guptill (66) and Henry Nicholls (80) and putting on a 106-run stand. However, wrist spinner Yuzvendra Chahal took three wickets to bring India back in the game.

Colin de Grandhomme (58) and Tom Latham (32), though, took their side past the finish line with an unbeaten 80-run partnership.