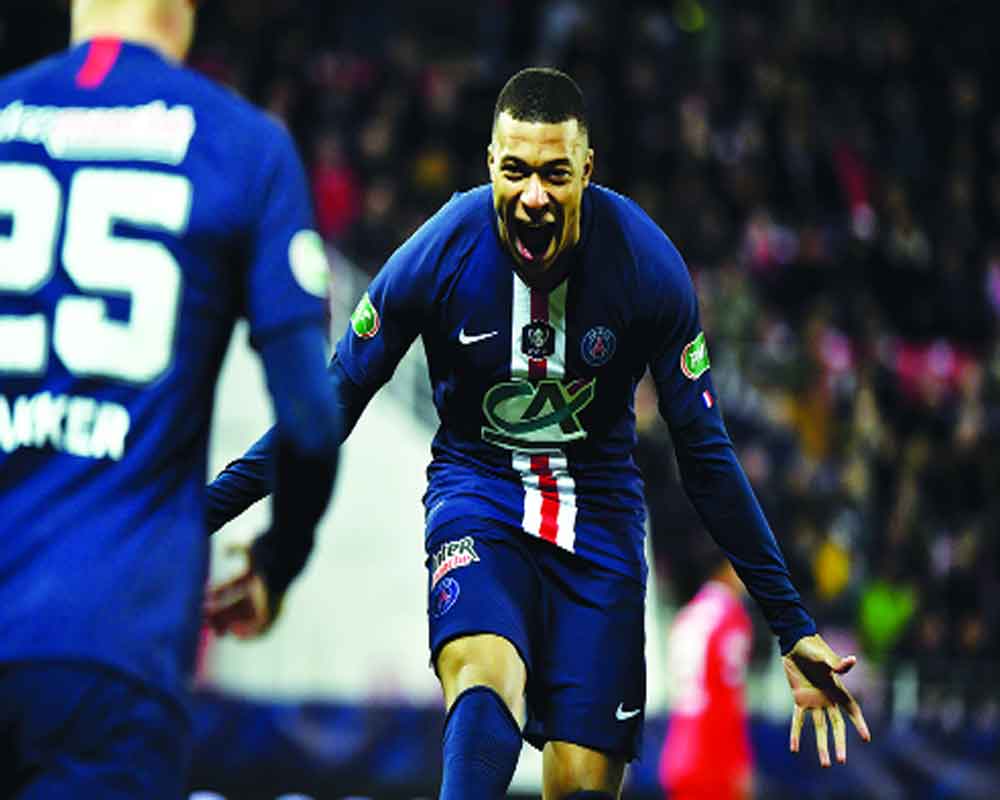 Paris Saint-Germain cruised into the semi-finals of the French Cup on Wednesday after thumping Dijon 6-1 in a match that saw the French champions benefit again from comical own goals.

PSG were ahead just 47 seconds after kick off thanks to Wesley Lautoa shanking Mitchel Bakker’s low cross into his own net to the bemusement of his teammates.

It was the second own goal in a week to be scored for PSG, who also saw Lyon’s Fernando Marcal slam a stunning effort past his own goalkeeper at the weekend.

However the hosts were level in the 13th minute thanks to a impressive low curling effort from Mounir Chouiar, which squeezed past Kaylor Navas.

While the away side were far from full strength, with Angel Di Maria and Mauro Icardi on the bench and Neymar not even in the squad, Thomas Tuchel’s team did include Kylian Mbappe and Edinson Cavani, who was making his first start in over a month after nearly moving to Atletico Madrid in January.

The Uruguayan was left waiting his 200th goal for the club in the 21st minute when he turned home Thomas Meunier’s cross, only for the strike to be ruled out for handball by the Belgian after a VAR check.

“It’s not that bad because he can score his 200th goal on Saturday (against Amiens) or Tuesday (against Borussia Dortmund). I can feel he’s there,” said Tuchel.

On the match, he added: “I’m happy because we deserved the victory. It’s a huge performance.”

Mbappe put PSG ahead a minute before the break, punishing Jhonder Cadiz’s miss when clean through seconds before by clinically slotting home a similar chance.

Thiago Silva added a third four minutes after the break with a header from a corner before Pablo Sarabia ended Dijon’s resistance by pushing home his 11th of the season on the rebound.

Senou Coulibaly watched on in horror with five minutes left when Mbappe’s cross looped off his thigh over helpless stopper Runar Alex Runarsson, before Sarabia tapped home his second in stoppage time from another Mbappe centre.