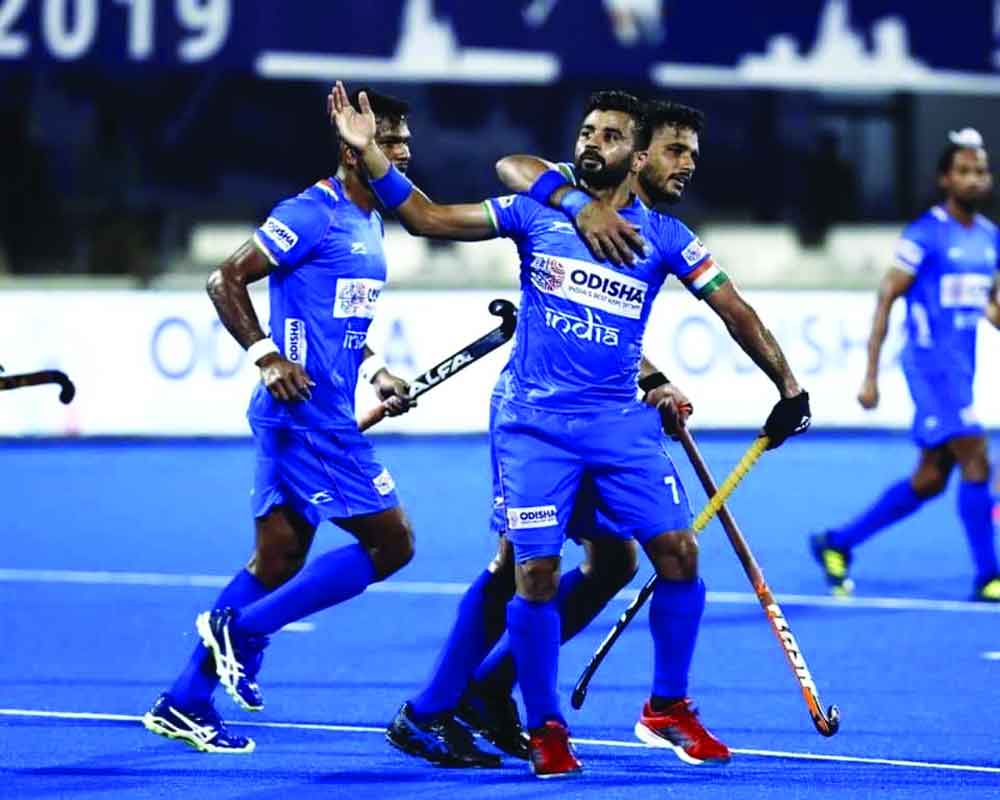 The Olympics-bound Indian men’s hockey team will kick-start its preparations for the quadrennial showpiece when it debuts in the FIH Pro League against world No.3 the Netherlands here on Saturday.

After having missed the first edition of the event, India will take on the 2019 Pro League and European Bronze medal winners, the Netherlands, in two matches in their opening tie at the Kalinga Stadium here. The second match will be played on Sunday.

With all the top teams of the world in fray, the home-and-away Pro League will be ideal preparation for world No 5 India ahead of the Summer Games later this year.

After the Dutch side, India will host world champions Belgium on February 8 and 9 followed by two more home fixtures against Australia on February 22 and 23.

The Indian team will then leave for the away games in Germany (April 25 and 26) and Great Britain (May 2 and 3).

India will return to play on home soil on May 23 and 24 against New Zealand before travelling to Argentina to play on June 5 and 6.

The Manpreet Singh-led side will play the last leg of the Pro League round-robin matches in Spain on June 13 and 14.

India’s head coach Graham Reid will be aware of the challenges that await his team in the Pro League opener.

Having served as a former assistant coach to the Dutch, Reid knows exactly what to expect from Netherlands in the double header.

The matches will also provide India a chance to avenge their heart-breaking 1-2 loss in the quarterfinal of the 2018 World Cup.

A look at the previous 10 meetings between the two teams reveals that there is little to choose between them.

The Netherlands have won five of those meetings, with India victorious on four occasions and one match ending in a draw.

Reid too insisted that they are looking at the Pro League outings as a platform for Olympic preparation.

“It will be important to start strong and sharp in the Pro League with our first three encounters against the top three teams in the world,” Reid has said.

“We will be focussing on getting our structures right and honing our set plays as preparation for our Olympic campaign.”

The Indians would also benefitted by their familiarity with the Kalinga Stadium turf, having trained and played numerous matches here.

It is the same venue where the eight-time Olympic champions qualified for the 2020 Games after thrashing Russia 11-3 on aggregate in the two-leg FIH Qualifiers in November last year.

“The matches against India are a very important opener. Playing against India at their home ground is challenging no doubt but it is also very exciting because we love playing in Bhubaneswar,” Max Caldas said.

“The players and combinations we wanted to test were experimented during the previous edition of Pro League. This edition we will have our most competitive team as this will be the stepping-stone for us to be the best at Tokyo,” he said.

India will field a full-strength team which will witness the return of midfielders Chinglensana Singh and Sumit, who were out with injuries.

Chinglensana was on the sidelines with an ankle fracture since the National Championship last year, while Sumit suffered a wrist injury in June during the FIH Men’s Series Final.