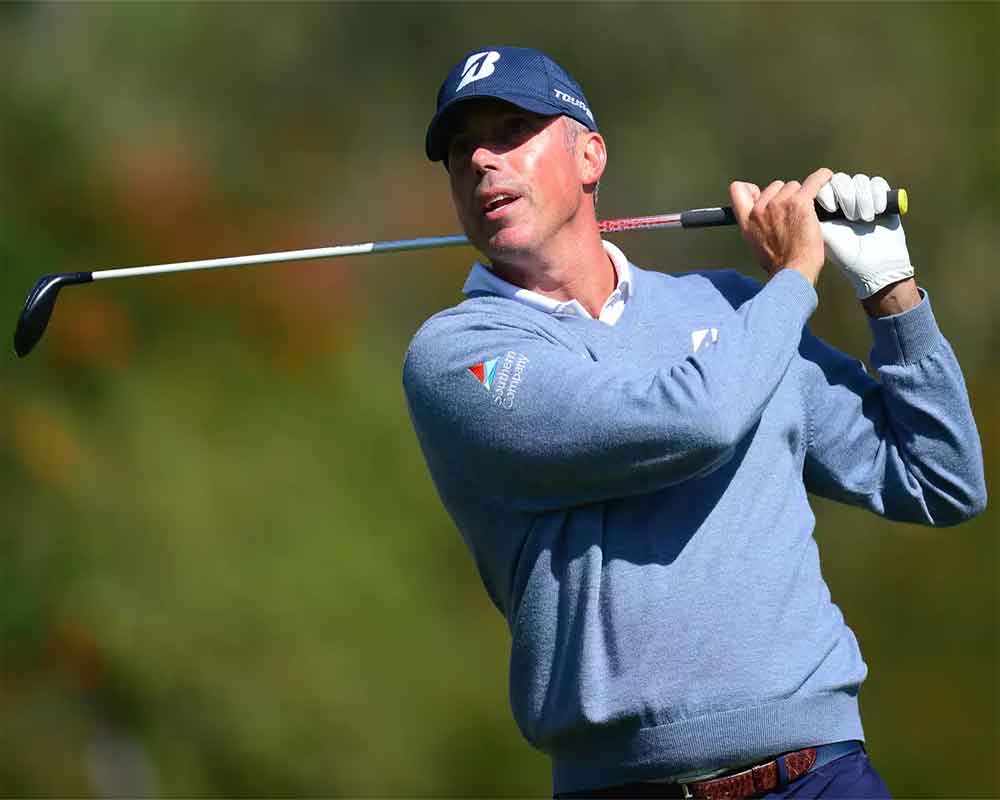 Matt Kuchar fired a sparkling seven-under 64 to seize a three-shot lead after the first round of the Genesis Invitational at Riviera Country Club.

Tournament host Tiger Woods on Thursday closed with a bogey to fall out of that bunch, cooling off after a hot start to post a two-under par 69 as he pursues a record 83rd US PGA Tour title.

Woods was still a teenager when he played his first US tour event at Riviera, but he has never won on the classic course in the Pacific Palisades west of Los Angeles in 12 prior tries, and his struggles continued on Thursday.

"I got off to a nice start on the front nine and just didn't hit many good shots on the back nine," said Woods, who opened with an eagle at the first and added two birdies before the turn but had two bogeys without a birdie coming in.

"It was a fun, fun day out there playing Riviera," said the nine-time US PGA Tour winner, who opened with back-to-back birdies at the 10th and 11th.

"Eighteen was a little bit more doable, basically a straight uphill putt," he said of his first birdie bomb. The downhill putt at the eighth was even more of a bonus.

"You can't count on that every day, but it sure is fun when they do go in," Kuchar said.

"To shoot a number like this, you kind of do most things well," he added. "I felt like it was just steady golf, a lot of opportunities and I was able to convert on a good number of the opportunities today."

Kuchar, who hit 14 of 18 greens in regulation, said missing in the right spot was the key to getting up and down when needed.

McIlroy had two eagles in his round, but said he put himself on the defensive too often.

"There's a couple times today I hit good shots but was on the wrong side," McIlroy said.

After getting up and down for par from an awkward lie in a bunker at the 10th, McIlroy was scrambling until an eagle at 17, followed by another eagle at the first.

The chilly morning temperatures were a factor in his "very sluggish start" as McIlroy saw his three-wood into the 11th come up 40 yards shorter than the 285 yards he can usually expect.

Six holes later, with the weather warming up, he had 289 yards into the 17th and put a three-wood pin-high, 35 feet from the hole.

"So it just shows you what temperature does," said McIlroy, who drained the eagle putt.