Magic''s Jonathan Isaac is lone player to stand for anthem

Magic''s Jonathan Isaac is lone player to stand for anthem 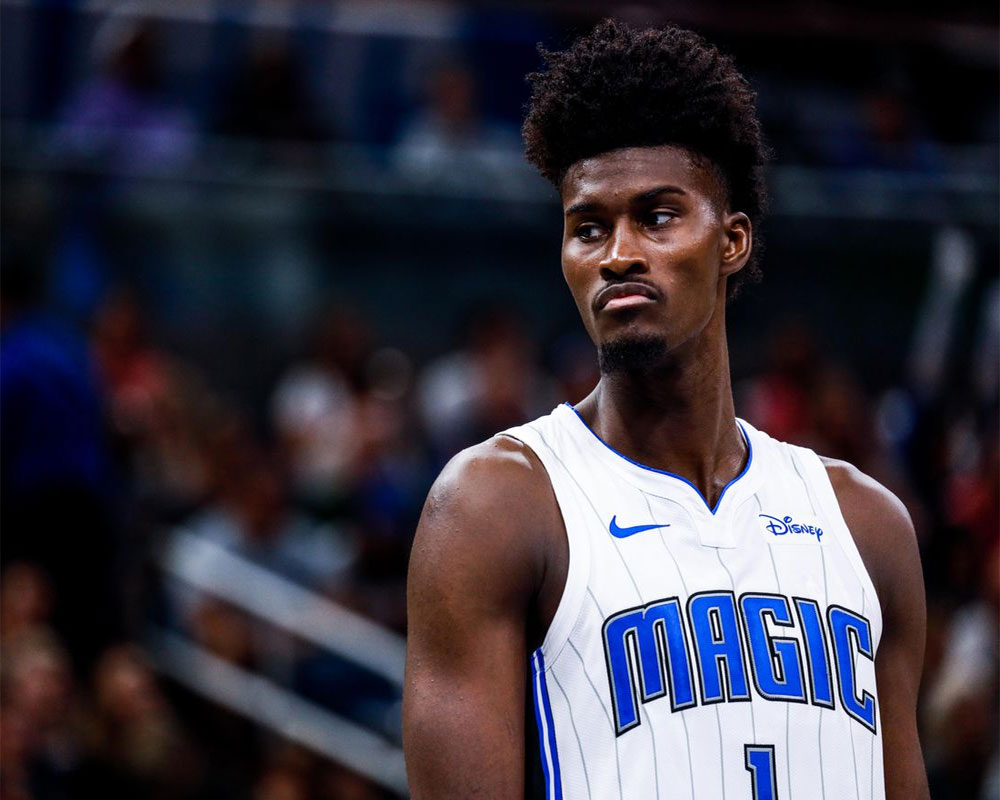 Jonathan Isaac of the Orlando Magic stood for the national anthem before his team's game against the Brooklyn Nets, the lone player or coach in that game who did not kneel.

Isaac stood with his hands behind his back on Friday. He wore his Magic jersey and not the Black Lives Matter T-shirt that other players have had on for the anthems so far in the NBA's season restart at Walt Disney World.

A person with knowledge of Isaac's decision said it was not a surprise to his teammates and that his choice was discussed ahead of time. Teammates supported the decision, said the person, who spoke to The Associated Press on condition of anonymity because Isaac had yet to discuss his decision publicly.

Isaac, an ordained minister, has a history of being active with various charities and churches.

Players and teams at the restart at Disney have elected to kneel for the playing of the anthems, doing so along the sideline nearest their benches which also happens to be the one where Black Lives Matter has been painted onto the playing surface.

Isaac was the first player to stand for the anthem in the restarted season. The Magic and the Nets were the third game since the season resumed; the other 16 teams at the restart were scheduled to play their initial games either later Friday or on Saturday.

The NBA has had a rule since the early 1980s saying players must stand for the anthem. But NBA Commissioner Adam Silver said Thursday night when the teams that played in the opening night of the restarted season, those being New Orleans, Utah, the Los Angeles Lakers and Los Angeles Clippers, all knelt for the anthem that he was relaxing that policy in these times where a desire for equality and social justice is at the forefront of many conversations in this country.