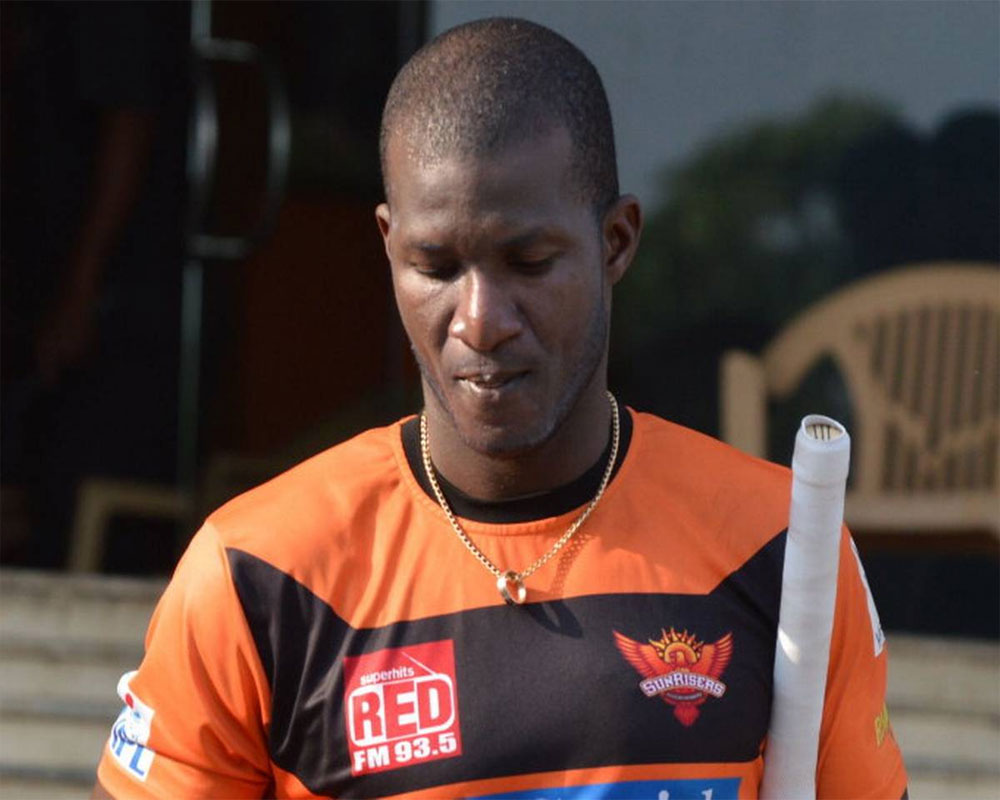 Former West Indies captain Darren Sammy has claimed that some of his IPL teammates addressed him with a racist nickname during his stint with Sunrisers Hyderabad and has demanded an apology from the bunch, which might also include India pacer Ishant Sharma.

The two-time T20 World Cup-winning captain had earlier said that he has understood that 'Kalu', a word that was used to address him, is racist. 'Kalu' is a derogatory word to describe black people.

In a fresh Instagram post, Sammy said his teammates used the word to call him during his 2013-2014 stint with SRH.

One of them could be Ishant, who had shared a group picture, also featuring Sammy, on May 14, 2014, using the word 'Kalu' to identify the West Indian in it. The same year, even Sammy addressed himself as 'Kalu' in a social media post to offer birthday wishes to VVS Laxman -- the SRH mentor at that time.

"I was listening to Hasan Minhaj (Indian-American comedian and actor) talking about how some of the people in his culture view or describe black people," Sammy said in his Instagram post.

"...I was angry after listening to him describing a word that they use to describe black people, which he was saying is not in a good way and it was degrading.

"Instantly I remembered when I played for Sunrisers Hyderabad in 2013 and 2014, I was being called the exact same word that he described," he added.

Sammy demanded an apology and asked the teammates, who he refused to name, to reach out and offer apologies.

"All those who used to call me that, you guys know yourselves... Reach out to me, let's have a conversation. Because, if it was in any way, shape or form what Minhaj said it meant, I'm very disappointed," he said.

"I will be messaging those people. You guys know who you are. I must admit, at the time in which I was being called that, I did not know what it meant," he added.

Sammy, who now plies his trade in the Pakistan Super League, said he distinctly remembers laughter at the very mention of the word.

"Me being a team man, I thought, hey, team-mates are happy, it must be something funny. You can understand my frustration and my anger when it was pointed out to me that it wasn't funny at all, it was degrading," he said.

"I've had great memories in all the dressing rooms I've been in, as a T20 player, as a leader in a dressing room, as a captain, I've always been one to build up a relationship or build up a team, not bring it down.

"So, all those who used to call me that, you guys know yourselves, some of you have my numbers, you have me on Instagram, on Twitter, wherever. Reach out to me, let's have a conversation," he added.

Sammy that reiterated he is very disappointed.

"...I'll still be angry, and deserve an apology from you guys, because I saw all of you guys as my brothers. So, talk to me, reach out to me, please clear the air," he said.