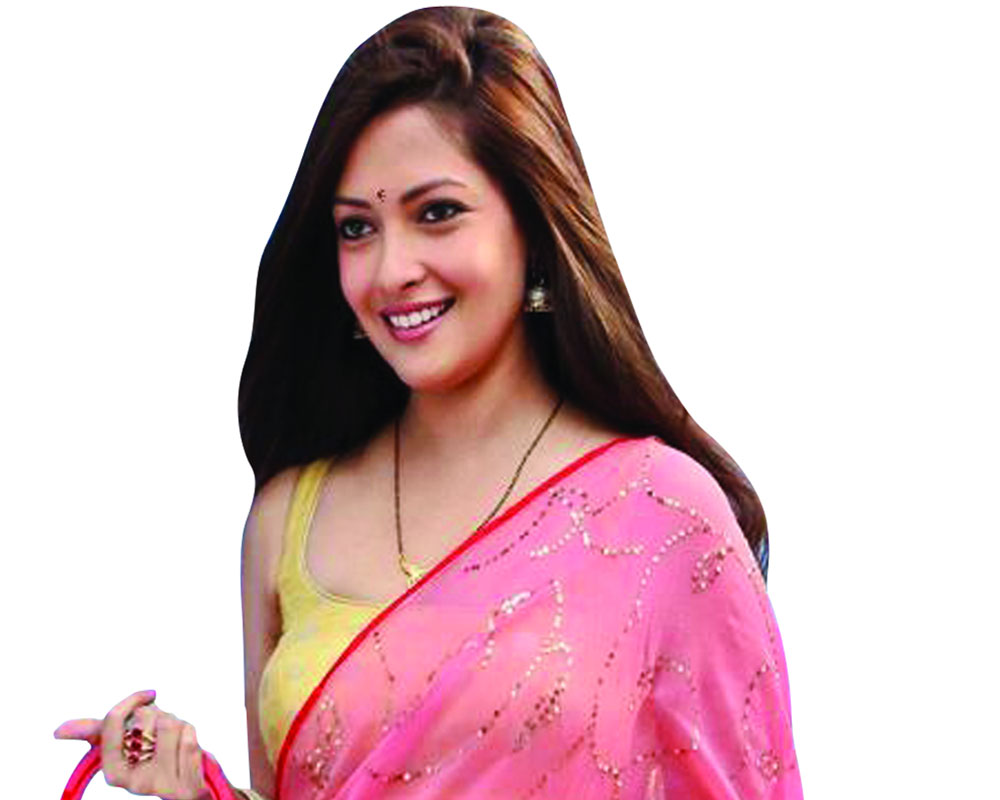 RIYA SEN, who began her career as a child artist and got recognition as a model when she performed in Falguni Pathak's music video Yaad Piya Ki Aane Lagi at 16, speaks with SHALINI SAKSENA about her latest project — Pati Patni Aur Woh for MX Player

What has been keeping you busy?

Fortunately, just before the lockdown was announced I had come up with my app — Riya Sen official app. I have been busy six days a week I go live and interview ordinary people, my fans and my friends. They interview me as well. There are rapid fire rounds too. I do live cooking, so people can see me.

What made you say to the mini-series — Pati Patni Aur Woh?

When I got the offer, I asked for synopsis and when I read it, I saw no reason to not do it. I have a lovely role in it, the whole story is cute and there was nothing to think about it — it is a pleasant romantic comedy when you watch it. The dialogues are funny. Anybody with a sense of humour would understand that. One can never say no to good humour. Even before I got my script, I had made up my mind to do it.

How much fun did you have doing this show?

I had such a good time, the one month we were in Mathura while shooting. Anant (Vidhaat), Vinny (Arora) we drove our directors nuts because we would chat all the time and pour our hearts out. Vinny and I are such chatter boxes and so is Anant. We were talking all the time. Before the take and after the take, we would talk and they would want us to take a break from all the chatter. By the end of it, it was New Year’s and I didn’t want to come back and my family said, the series is over and you come back home. I had made a home for myself there by placing little things.

How much does it help if you have this instant rapport with co-stars?

It helps a lot. When I went to the workshop, Anant and all were quiet but Vinny was nice and friendly. From day one we met in Mathura we became best friends. Vinny plays the ghost so one has to totally ignore her during the shoot. It is not easy since the person is such a chatterbox. It was tough but a lot of fun.

You come from a family of actors. Was it tough to make space for yourself?

I was already Riya Sen from the start. When I came to Mumbai, I told a journalist I am Riya Dev Verma but I was labelled Riya Sen since I was Moon Moon Sen’s daughter. For me to hear Riya Sen I was shocked. When I am shooting or go out and people ask if I am Riya Sen, I tell them no.

You began your career in the industry as a child artist. How has the learning curve been?

My journey has been great fun. I have made the full advantage of what my life has been. Yes, I started young, doing ads, music videos and Tamil and Hindi movies. While doing movies, I took a break and then came back to do web series. But when I took the break, I spaced myself and traveled the world. As an actress I have had many perks and ups and down but never let that do bring me down. There are a lot more things in being a human than just one factor. When I was partying, it was a taboo and looked down upon, but today everyone parties. I have enjoyed my journey and my parents are very nice and international in their way of thinking. They let me be myself and gave me the confidence about who I am.

How did you end up doing Tamil and Bengali films?

I wish I knew. I didn’t even know how I ended up in this industry. I was five when I did my first Hindi film. I was in Class VIII going into Class IX when I got an offer from P Bharathiraja (directors Tamil films). I never planned anything. It started off as a hobby before it became a profession. There was nobody to guide me and tell me what genre to take up or roles to do, I just went with the flow and did what I do. I never had a business plan nor do I have one today.

After doing films, why work for web series?

I knew that the OTT platform would boom in the country seven years back. I started saying no to offers to bad roles in Hindi movies and took a break. A lot of actors were getting impatient for lack of good work but I went back to Kolkata and did some amazing work. I realised that OTT platforms would take off and would be a perfect fit for it. I get a lot of good offers that are challenging.

A lot of actors are doing work for the OTT platforms. What is the reason?

It is not just because the work is different but also because they are not getting their due and work due to groupism and lobbying that exists in the industry. A lot of actors are taking this route because it offers them an opportunity.

Maybe that I started young and made mistakes back then. But then I feel that if I had not made mistakes then, I would be making them now and right now is not the time to mess up things.