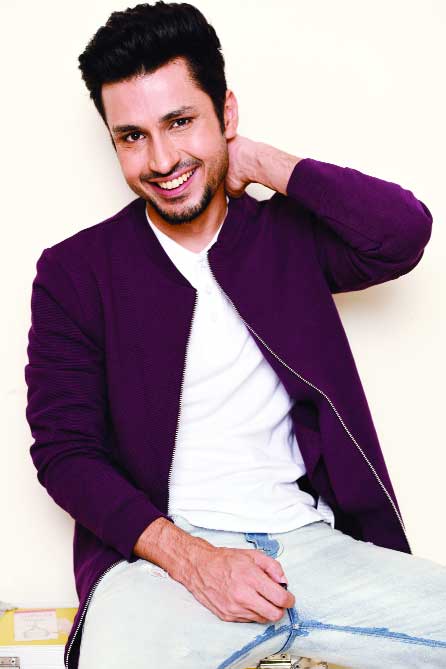 AMOL PARASHER, who will now be seen in Dolly Kitty Aur Woh Chamakte Sitare, speaks with SHALINI SAKSENA about his role & how he got into acting

What is Dolly Kitty Aur Woh Chamakte Sitare about?

I play Usman in the film that is about issues that women middle class families face in their lives. There are different characters that come in Dolly and Kitty’s lives. My part comes in Dolly’s (played by Konkona Sen) live and the two form an interesting and strange friendhsip — Dolly is married Usman is a young boy. With time, they form a bond and share all kinds of things and confide in each other. Usman’s character sees Dolly’s life differently as opposed to how others see her. But the movie is more than just this.

What attracted you to the role?

The people associated with the film. Alankrita (Shrivastava) who is the director. She has done some great fims like Lipstick Under the Burqa. She gave me an outline of the film. Though it was not enough to judge the story, I knew that Alankrita was directing it and had written it. I knew my character was with Konkona Sen and then Ekta (Kapoor) is involved whom I had worked with, Alankrita with whom I wanted to work with and acting opposite Konkona was good enough for me. Though I had already made up my mind, but like a professional actor, I told her I would read the script. I was assured that there would be a certain quality to the project. I really liked the script and the perspective it takes as well.

Bollywood is making different kind of cinema. What does it mean to actors like yourself?

I am getting certain kind of work. They are not films like Tiger Zinda Hai where I play Tiger. It doesn’t fit in anybody’s mind to offer such movies to me. These movies are made keeping in mind a certain scale and purpose. Probably, at this time in my carerr, the kind of films that I am doing today, the fans that I have anyways, I will not be able to do justice to such kind of movies at present since they are made with certain sensibilities. I know that the kind of films that will be offered will be what I am getting doing. But I get to do different kind of roles. Once you become big and are in the paid business, I will end up doing different versions of Amol. I am at the best stage in my career at present since I get to do a variety of characters and take risks craft wise.

Do you think that the industry makes slapstick comedy?

I am doing a comedy but don’t know how much I can talk about it. This is the kind of movie that will be riding on my shoulders. I can safely say it is not a slapstick comedy. It is done by a friend of mine and genuinely laughed when I read the script. But don’t know if the audience will laugh. It may not make 50 people laugh and maybe just five, but it will make them laugh.

How did acting happen? Was it something that you wanted to do?

No, not at all. I got a job after doing my engineering from IIT-Delhi. A lot of my friends were quiting and going into start-ups. I did a bit of theatre on the side. But never saw myself in that set-up. But then I quit my job and met a few people in Mumbai who were excited about a play that I had written. Then I started getting work. That gave me confidence to explore. Then three years back, I took it more seriously and here I am.