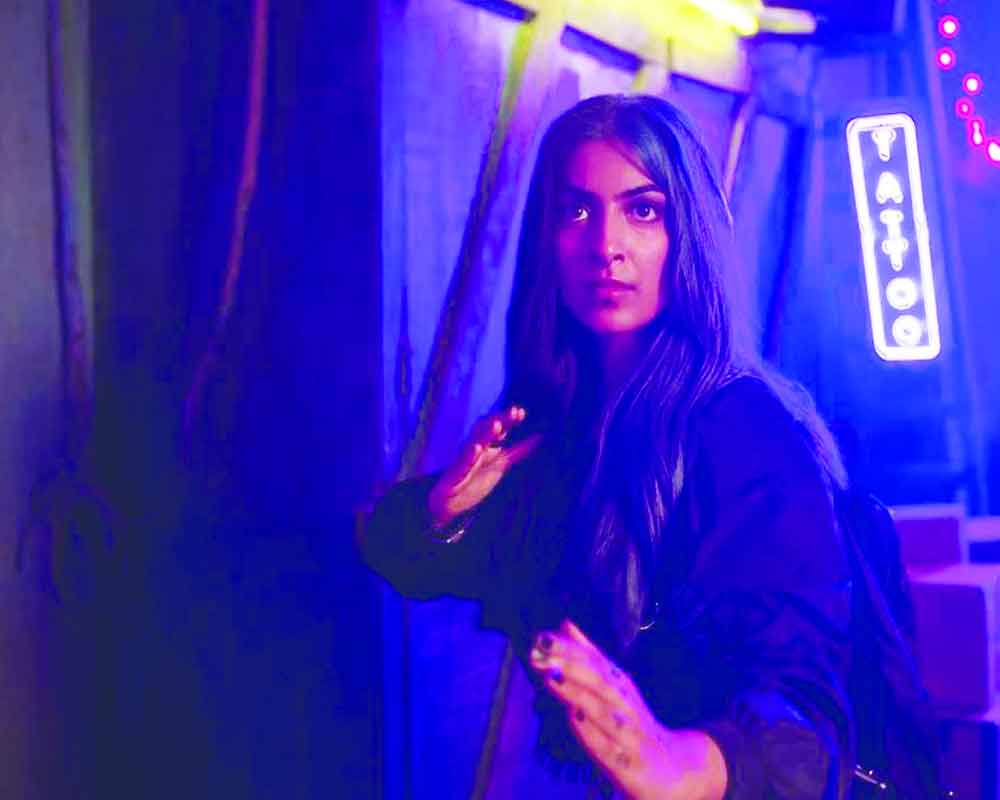 ZAYN MARIE KHAN, daughter of Mansur Ali Khan, speaks with MUSBA HASHMI about her debut — Netflix’s Mrs. Serial Killer and preps that she had to do for the role

What is your role in Mrs. Serial Killer?

I play Anushka Tiwari, a young, tough and uncompromising girl. It is an exciting role to play. Although she is a victim but one doesn’t look at her like that because she comes out of the problems that she is put in. When I read the script, I thought of how different I am from the character. But then slowly, I started getting into the skin of the character. So this was like I could live out my fantasy. It was great fun.

Since this is your debut, did you have to do any extra preparations?

I had done theatre for three years before bagging this project, so acting was not much of a concern. But the bigger challenge was to do martial arts. I had never learnt it in my life. So I had just one and a half month for the preparations and I joined martial arts classes. I never missed out on a single class. Then I would go to the gym. It was like a total of four hours of workout regularly. I was that obsessed. That was about the physicality. Talking about the lines, dialogue delivery and characterisation, Imran bhai, helped me get through it. I would go to his place and rehearse. He would play Jacqueline’s part and help me revise. He gave me a lot of guidance as this was a completely new medium for me.

Some best moment from the sets of the film.

This project was like a dream come true. Working with Jacqueline Fernandez was great as she was always sweet and motivating. Getting a chance to work with Manoj Bajpai and acting right in front of him and seeing him act was a fantastic experience. But one moment that will always stay with me is how Jacqueline and I would run down the streets, chasing each other while shooting in Nainital in the freezing weather.

The film is trending No 1 and many memes are also being churned out. What are your thoughts on it?

A few days ago, a friend of mine sent me a meme which had me and I felt so happy. It felt as if I have made it in life and can retire now. It’s our generation’s way of appreciating things that they have enjoyed. Also, I am glad that my film has been able to bring joy to people’s life at a time when people are low. People are clearly loving it.

Everyone who has known me will tell you how I have always been a drama queen. But I had always thought that I would be a director like my father. When I was in college, I was casted for a play. I was not interested at all, but the girl who was directing it showed a lot of confidence in me. Also, when you act on stage and the live audience reacts, you get an instant response and review from them. And that is a high that I have been chasing since then. That was a turning point.

Any actor or director that you would like to work with?

Would love to work with Farah Khan, Zoya Akhtar and Meghna Gulzar. They have a phenomenal body of work. Not just because they are women but it’s just that they are my top three directors to work with. Also, it would be fun to work with someone from my family.

Farah Khan spoke on how life came a full circle for her. What do you remember of Jo Jeeta Wohi Sikander?

I wasn’t born when the movie was released. But I have seen it so many times that I feel I was always a part of it. Farah is someone whom my father has always spoken of with a lot of love, so much that I felt I knew her since ages. My father had a lot of stories to tell about Farah and then when my brother and I grew up we fell in love with Main Hoon Na. So when I met her for the first time, it didn’t feel as it was my first time with her. Also, I was so so glad and relieved that she was going to produce my debut. She made me so comfortable. It was like the universe conspired this to happen.

There were a few things in the pipeline but going by the current scenario, everyone is unsure about what the future holds for them and when will we be able to work again. I just hope that we all come out safe from the pandemic and can get back to working again.