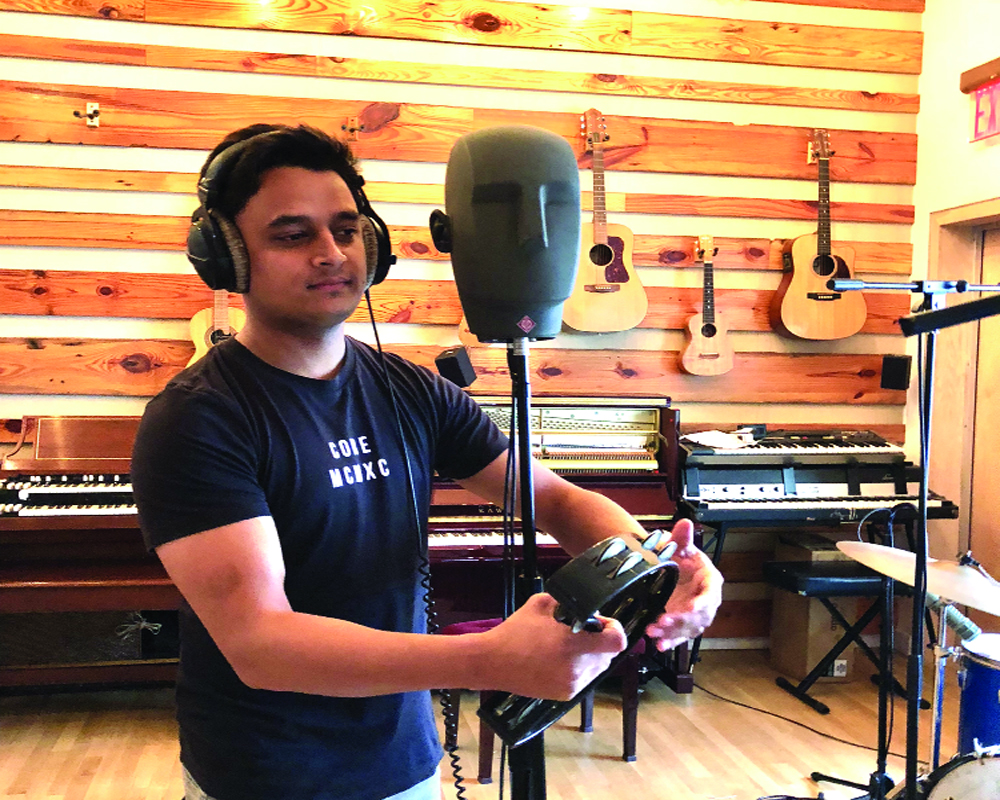 Music director ATIF AFZAL, who has recently shifted base to New York,  speaks with SHALINI SAKSENA how his journey began and how he came on board for series NCIS: Los Angeles

nHow did you go from working at KPMG as an engineer to becoming a music director?

I always had one belief — dreams don’t work unless you do. I was making good money for my age while working with one of the best firms in the world — KPMG. But I had bigger dreams. I was making music since childhood and it evolved into a concrete passion. I wanted to pursue it. I also realised that I would not be able to sail in two boats — work at KPMG and make music. I quit my job and went all out. I didn’t have anybody who could guide me or show me the way. It was like being thrown into the open sea — either I learnt how to swim or drown.

Was it tough to get a break?

Yes. It was beyond tough especially when you don’t have anybody in the industry. It was just me and had to figure everything on my own. Sometimes it felt like why I was here and whether I had taken the right decision. I believed in myself but there are points where one questions the challenges. Ten years back I had no clue that I would end up in Bollywood one day. Now, 10 years down the line, I am working on Hollywood projects. Now, that I look back, it feels good but it was a tough decision to make. My first break was for a Salman Khan film in 2011 and worked on it for six months but it was shelved. Then I got Prague and music got noticed and started getting work.

Did you train professionally?

A lot in fact. When I stepped into composing, I knew that I would be tossed all kinds of projects and genres and films. I knew I had to have knowledge of all kinds of instruments and music from around the world. I couldn’t have the luxury to say that I didn’t know something. My knowledge has made it possible for me to sit here in New York. I trained for piano, guitar, Hindustani classical and Carnatic Classical to understand the difference. There is so much to learn in each category. For example, I know every aspect of the flute and can instruct the flautist what I actually want. I have extensively trained and continue to do so.

You recently shifted base to NY. Any particular reason?

I wanted to explore the international market though I had already started working on international projects while in India. I had worked on two documentaries — one American, Horn Please and the other A Hero Comes Along, UK. Then I did Gift, a German project. I worked on a couple of games as well. I would visit the US to increase my network. I met people who opened other gates and kept showcasing my music. But I still work on Bollywood projects.

How did you come on board for the series NCIS: Los Angeles?

This was quite a shocker. I got a straight mail. It took three months to finalise though. Though I don’t follow the show, my friends here in the US have been doing it for years. It is one of the longest running and popular shows on CBS network and grabbed the opportunity. I knew it would open more doors and it did. I am working on other CBS projects.

You have worked in Bollywood and now working with Hollywood and European films. Is there a difference?

There is a huge difference in the process of making music and getting it through. The creative involvement here and in Europe is minimal. They hire you because you are the best fit for that project otherwise, they won’t hire you. This elevates your morale since you are the captain of the ship. In India, the director is the captain of the ship and things work a bit differently.

What is the biggest challenge of working out of NY?

It is the best city that I have been to. I love it more than Los Angeles and comes with challenges. I have been here for the last three years and took me the first two of them figuring things out — like protocols to follow in the recording. Things here are different. One thing that I have learnt is that while in India, we prepare but improvise when in the studio. Here, the cost is so high, one can’t enter without fully preparing. Not that one can’t improvise but one has to be sure of what one wants to do.