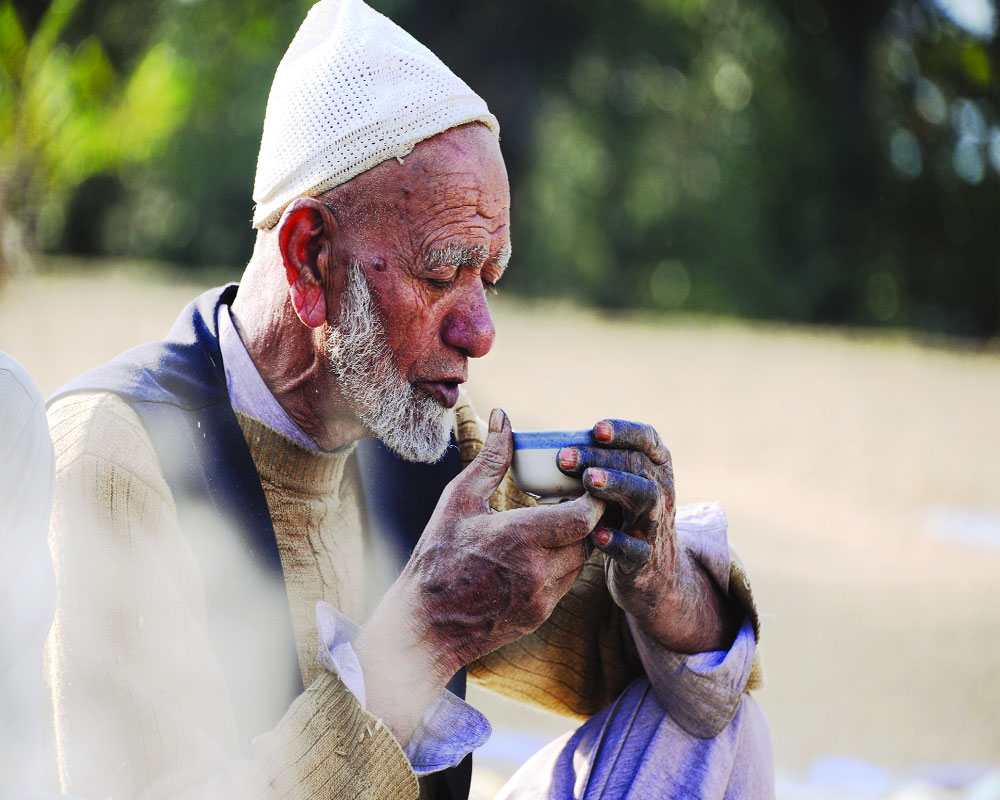 Chai: The Experience of Indian Tea is a journey into the heartlands of tea, across the length and breadth of India, offering a glimpse into the making of the cup that cheers — the locales, the people, the process — a visual treat for the tea connoisseur, the casual tea-lover, the tea industry enthusiast, the tourist, write Rekha Sarin & Rajan Kapoor. May 21 was the International Tea Day. An edited excerpt:

My experience…convinced me that tea was better than brandy, and during the last six months in Africa I took no brandy, even when sick, taking tea instead.

Tea deserves all the preference it receives from those who relish it. The beverage not only has a high sustenance value, but has also been proven to endow several positive effects on health. In a world of progressive scientific research, the biological composition of the tea plant has come under study because of the correlation of longevity and health in many ancient tea drinking cultures like China and Japan.

In its everyday aspect, tea is considered a beneficial agent for relieving fatigue and aiding clarity of thought, besides being favourable for digestion. Although its stimulating effects are derived from its caffeine content, unlike coffee, drinking tea in large quantities does not cause hyperactivity, insomnia, or stomach irritation, as this compound is present in a ratio that is half the level of caffeine in coffee. A 190 ml cup of tea contains approximately 40-50 mg of caffeine, while full flavour coffees average 110-120 mg per cup.

Green, oolong, white and pu-erh tea infusions contain even less caffeine than black teas. Not only do they undergo lesser oxidation, but it is so because such teas are made with multiple infusions: since water is added more than once, and as the liquor gets poured off, it reduces the content of caffeine. Caffeine is considered safe when it is consumed at a dose of 400 mg or less per day which would include the intake of soft drinks such as colas. Hence, be it black or green tea, whichever it may be, it is safer to enjoy several cups of tea rather than multiple cups of coffee.

In all, this exhilarating beverage ranks as a useful component of nature’s health repository. The leaves of the Camellia Sinensis, especially the buds and tender shoots contain catechins and polyphenols. These are part of the molecular family of flavonoids that are beneficiary compounds made by plants.

Tea gains much of its refreshing pungency from its secondary ingredient, polyphenols TF and TR which are derived from a precursor magic compound Epi-gallo-catechin-gallate (EGCG) that is found in green tea leaves.

Its content is a little higher in green tea, as compared to the fully fermented black teas, because during the oxidation process, most of the catechins are converted into complex polyphenols, thearubigins and theaflavins. Oolong tea contains a mix of catechins and polyphenols, as it is semi-fermented. Instant and iced teas, on the other hand, do not have the same amount of polyphenols as an equal volume of brewed tea. Instant teas are generally derived from low grade source material.

All these different types of catechins and polyphenols have great value as they serve as antioxidants that neutralise the damage caused by an excess of free radicals in the body. The latter, in simple terms, are the by-product of the normal process by which oxygen is combined with glucose in our body cells, to make energy; they are not in themselves harmful. In fact, the immune system may itself produce free radicals to neutralise viruses and bacteria. It is only when they are produced in excess that they begin to attack the cell membranes and tissues and pave the way for cancer, besides perpetuating blockage that plays a role in heart disease and accelerates the ageing process.

Antioxidants act as vital scavengers that mop up the damage caused by rogue free radicals by neutralising them and consequently preventing cell and tissue damage.

Although antioxidants in the form of catechins and flavonoids are found to some extent in red wine and in green leafy vegetables like broccoli and spinach, and fruits such as apples and berries as well as in dark chocolate, tea remains one of the most important sources of antioxidants.

A study at the Antioxidant Research Centre in London published in Free Radical Research in February 1999, put forth the following formula: 2 cups of black tea = 1 glass of red wine = 7 glasses of orange juice = 20 glasses of apple juice.

Tea, therefore, with its high content of antioxidants, is a potential agent for fighting cancer. Similarly, biological research also reveals that the antioxidants in tea can counter the artery-damaging potential of the reactive free radicals. According to TNO, a Dutch innovation organisation, quercetin, a valuable polyphenol found in tea and other vegetables and fruits, has anti-oxidative properties and prevents the formation of plaque.

In this manner, it helps the endothelial layers of the arteries to remain flexible for good circulation and makes the blood cells less prone to clotting and is a good preventive for heart disease and strokes. Although these diseases are attributed in great part to genetic and lifestyle factors, health studies do show some positive insights into the antioxidant benefits of this beverage.

Moreover, the catechins in tea offer the advantage of being an aid for killing infection as they block viruses and bacteria from hooking on to cell walls. Therefore they can help protect against diseases like influenza, food poisoning, dysentery and cholera. By the same measure, they can kill mouth bacteria that are harmful for teeth and gums and lead to periodontal disease.

Tea also improves the functioning of the intestines by blocking the growth of bad bacteria and enhancing good bacteria and is therefore a good digestive. It is said to be detoxifying as the catechins can scavenge harmful heavy metals like lead, chromium, mercury, which may get ingested with food.

In itself tea has no calories at all, and it is merely the addition of sugar in each cup of tea that leads to weight gain. Milk however, is not objectionable, as long as it is just a dash.

There is also the belief that green tea helps in slimming. While it can by no means be construed as a miracle drink, green tea is known to give a metabolic boost that may shed off a few extra calories by about four per cent. By virtue of its antioxidant qualities that help fight ageing and skin damage, tea extracts with their refreshing aromas are also used in facial creams, skin packs and perfumes.

The comforting qualities of the beverage are no old wives tale either. There is a natural bioflavonoid found in tea that has been found to significantly increase endorphin levels, which in turn reduce pain and anxiety so that in cases of shock and stress, a cup of tea soothes the nerves.

Tea as a Source of Minerals

The tea plant has the natural ability to absorb fluoride from the soil and so a tea infusion readily releases this mineral into the water, making it a beneficial drink for healthy teeth. It is estimated that a single cup provides 0.1 mg of fluoride and can provide forty-five per cent of the body’s daily requirement. Studies have also shown that there are some estrogenic compounds in tea, together with elements of manganese that help in increasing bone mass by five per cent, thereby reducing fracture risk. It also contains potassium, a mineral vital for maintaining body fluid levels. The beverage acts as a diuretic. This benign brew is also known to have Vitamin C, zinc and folic acid, and is therefore regularly recommended for pregnant women.

Finally, it is not to be forgotten that during the days of its discovery in China, the beverage was recognised at first for its remedial worth. Modern health research still continues to reiterate this fact.