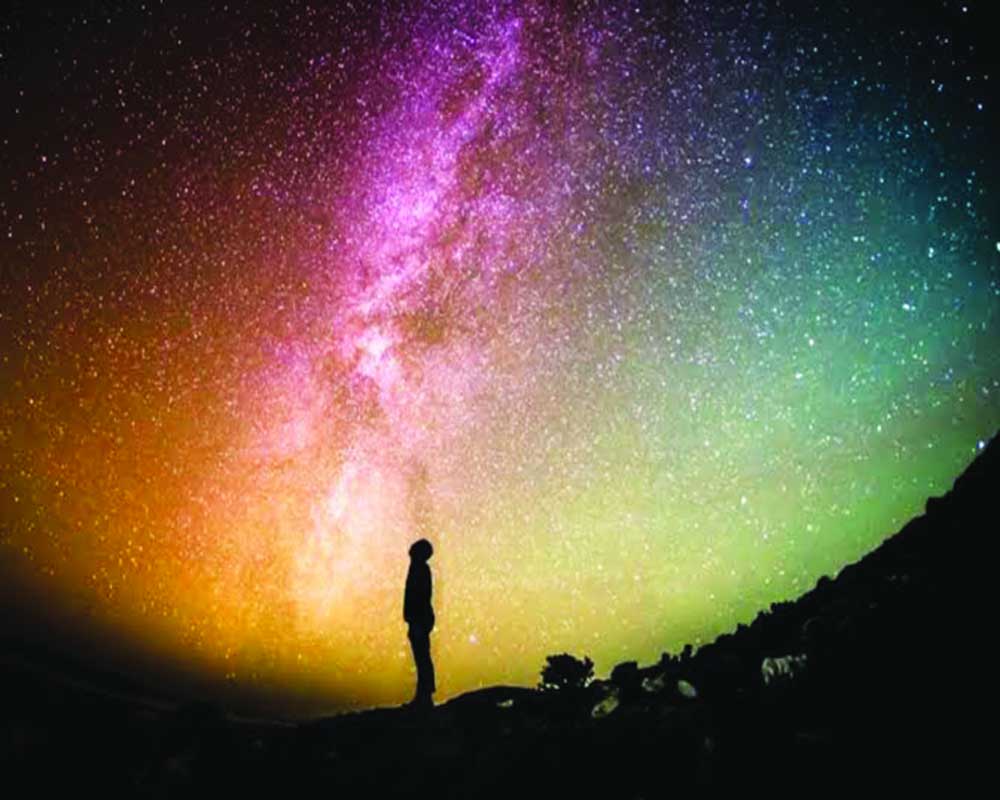 A professor of Philosophy came the other day looking for what lies in store of his habitually errant daughter’s destiny. In his opening statement he said: “My teenaged daughter is erratic, haughty, and impulsive, and could offend anybody with her caustic remarks. She is in the habit of rebuking all socially accepted norms. Her behaviour is causing us worry. Sir, on the advice of a friend who has been following your column for a long time, we are reaching out to you to seek answers to our questions.”

“However, before a reading of her horoscope, I request you to please dispel my doubts over the efficacy of astrology. How can planets’ gravitation pull, so distant from earth, affect our lives, and that too reflecting varied ways on different people. How can imaginary division of zodiac influence our life pattern? In a world, subject to continued change every moment, how can a being’s destiny be defined in finite terms? And if the whole course of life is bound by a predefined trajectory, what then would be left in the hands of a human being? Is it possible to change one’s attitude through conscious efforts?” he asked

Well, the planets are not to be seen just as physical objects moving in the cosmos influencing us with their gravitational force. It will be worth mentioning here that a planet needs to be seen as an energy ball — as marker of energy stream passing through a particular region with that planet in the centre. A zodiac sign is again marked with a cluster of energy emitting stars grouped in a particular formation. And the energy streams marked with a particular planet or a zodiac sign would vary from those identified with other planets.

Having exposure to various disciplines of Indian philosophy, you would know that energy streams excited from the primordial source, following a course of progressive evolution, eventually manifested into a world of name and forms. So, all form existences in the world are rooted to the energy orchestra of the cosmos, all sourced to a singularity — the primal source.

Here again, it has been scientifically established that energy particles emerging from a common source are in immediate and intimate connect with the rest. So, looked at in energy frame, the whole world is framed as a unified organism. This fact of life has been highlighted in the Kathopanishad through the metaphor of inverted Ashvata tree standing for the whole world. Here I quote the observations of an Australian physicist Paul Davies: “For a naive, the world is a collection of objects. For a quantum physicist, this world is an inseparable web of energy patterns, where no individual component has a reality independent of the entirety, included in that entirety is the observer.”

It, thus, comes out that any change at one end of the cosmos, its reverberations would get carried over far and wide. And we know that all energy balls in the cosmos are ever on their move. Seen with reference to earth, which is moving at a great speed, almost 30 km per second, the energy flux excited in the cosmos, would vary widely every moment. Being a part of the larger world, we can’t evade the influence of that continual cosmic change.

Efficacy of astrology is thus established, as it is premised on energy mapping of the cosmos at the time of one’s birth. That reflects upon the basic frame of mind one is born with, which throws light on the probable trends of life. That, however, is subject to three variables — Kaala, Patra and Samaya.

Kaala speaks of the overall environmental condition. Patra reflects upon the personality trends with all the changes that it would have undergone so far. Samaya here stands for probable destiny indication. So, a being is not fully bound by destiny indicators. But how we respond to energy changes in the cosmos, depends on us. This is where the power of freewill comes into play, and which applied rightfully, can help bring about the desired change through conscious efforts.

To sum up, astrology allows enough of scope to change the course of destiny. Remember, energy serves as a double-edged weapon — if used rightfully, it can be productive, and when misused may turn self-defeating. All that is needed is to exercise one’s power of freewill to self-reflect upon one’s own inherent trends, identify and acknowledge the fault lines. Having known thus, one could make conscientious choice to make amends with the help of educative inputs.