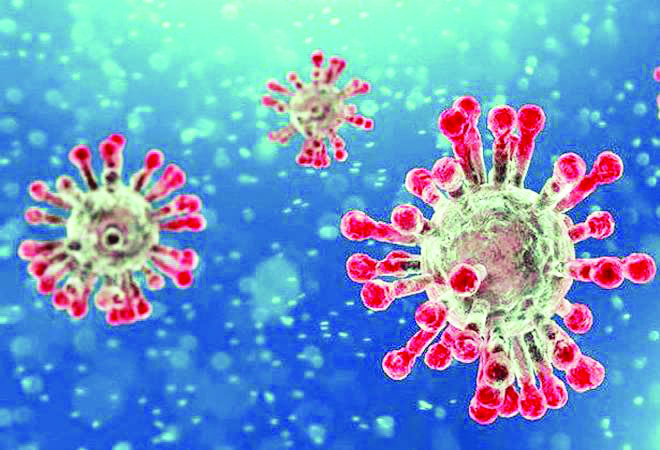 The first calling of the present pandemic is not to panic. Should you panic, you may lose your sense of reasons and alert, which may not let you carry on your fight prudently in all strength. Let us brave the situation by exercising all the care and caution as suggested by the experts. We have braved many such pandemic in the past. Even this one will pass. Rest assured, the situation may begin to ease out soon.

In the cosmic game plan, global health situation is figured out through a look at progressive movement of the Sun. That is about to reach its zenith on April 14th. Till then, watch your health carefully and remain live to our collective obligations as well. Situation may begin to gradually ease out thereafter. Once the Sun moves considerably beyond the Rahu-Ketu axis by June end, the situation may expectedly be in control.

Even otherwise, if we ever lose our alertness and become complacent, we could be taken for a ride. Only a few days back, Chaitra navaratra got over, when the devout would have offered prayers to Mother Goddess Durga, believed to be repository of Shakti. Mind it, it is a period of major weather change in India when one needs to rejuvenate oneself and be well geared up to face the challenges during the emerging season. We maintain austerity and regulate our food regime to tone up our digestive system, vital to our overall health condition. Regular prayers help clear off the clutters of mind, regain confidence, and strengthen vital forces playing within.

It may be pertinent to note here that all ancient puranic stories necessarily discuss terror — fight between devtas (high born) and rakshas (demon), in which, the latter always have the first laugh. Why? Perhaps, the devtas would have been complacent, not been alert against impending danger from unseemly forces, and forgotten their sense of collective obligations. Hence their fall. But when all devtas gather, invoke the divine — the all-powerful and all-knowing eternal element of consciousness, which drives all our dynamic functionalities including power of knowing — they outsmart the demonic forces and regain their lost ground. Import of the above simile does not need any further elaboration.

Mother Goddess, in the form we perceive, is shown with 10 hands — carrying weapons in eight, a conch shell (blowing instrument) in one, and lotus flower in the other — having two imports. First, the ten directions. Second, the 10 sensory organs — five each of perception and action. She combats negative energies flowing through eight directions with her armouries, with the rest two marked with productivity.

The conch-shell when blown excites a sound note comparable to ‘O?’ — the primal-sound that supposedly got excited when the first motion happened at the primordial source, which, in turn, excited the creation chain. The conch-shell thus naturally symbolises the source energy, up above in the cosmos. The majestic lotus flower in all colours made of numerous petals signifies enormity and diversity of creation. Mind it, lotus flower grows in the mud underneath water body. But not even a trace of mud or water droplet can stay on flower leaves, which implies that though being all-powerful, yet, she does not carry any sense of ego, or attachment to the primal elements making it.

The evil forces are in evidence all across, making us vulnerable to their onslaught. Their killing potential would be felt much faster and relatively cover a fairly wider range than our productive initiatives, which could take us for a ride if ever we become complacent. We, therefore, need to be fully on guard in a combative mode against the evil forces to make optimum use of our productive potential, vital to our existence.

Now, why weird form assigned to the demons? It is said that demons are conjurors, capable of hoodwinking us by making varied illusionary presences and take us for a ride. Remember, no such form-existence is in evidence anywhere in the world. It is so characterised just to exemplify in clear terms the danger inherent in the evil forces playing from within or beyond. Coronavirus could be taken as one form of unseen demonic force available in our surrounding carrying killing potential. Negative memory implants in our minds are another form of negative forces playing within, which often make us lose our sense of reasons and order that may cost us heavily. Let us be always war-ready to combat such demonic forces for a smooth sail of life.