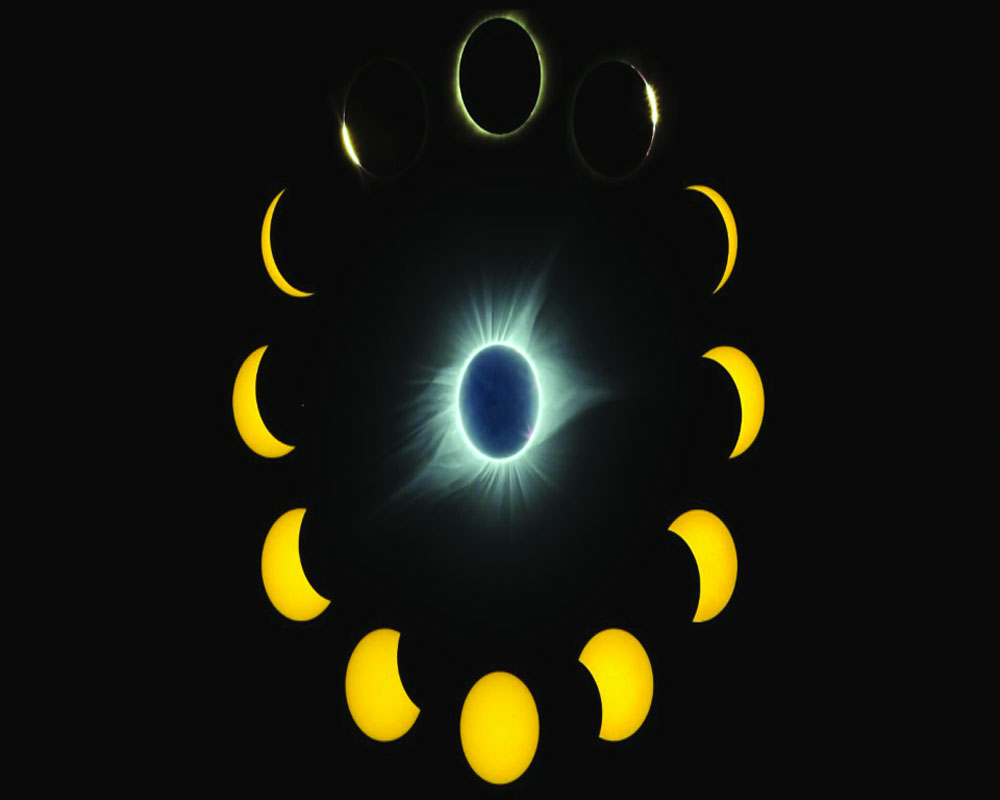 On the day of eclipse, last sunday, from early morning, I was flooded with calls from all those seeking to learn how to mitigate its curse. They wanted to know: Is it necessary to observe fast during the eclipse time? Why no cooked food should be kept in house during eclipse? A detailed list of food grains identified with each zodiac sign (Moon sign of an individual) that should be offered to pundits to ward off evil influence of eclipse is in wide circulation on social media platform. What is its relevance? Is eclipse necessarily a curse? Why are doors of temple closed during eclipse? The eclipse is over but for future reference, the readers need to be made aware of truth.

First, let me reiterate that eclipses are usual astronomical phenomenon that take place at periodic intervals. These are a part of nature’s process of periodical realignment of the energy orchestra of the cosmos, vital to run the life cycle. It would, therefore, be unfair to term this usual cosmic phenomenon as a curse that would call for its mitigation. To understand what an eclipse means in real terms, it is desirable to first understand what Rahu and Ketu mean in real terms. Two imaginary points where the elliptical paths respectively traversed by the Sun and Moon, cross each other, are marked as Rahu and Ketu, also known as nodal points. Whenever a New Moon happens close to the nodal point, Moon intercepts Solar radiation from reaching the earth. This phenomenon is termed as Solar eclipses.

For a moment, let us assume that solar eclipse could bring about some unseemly effect in nation’s and individual run of life in the emerging times. The question now is: Is it possible to reach out the two imaginary celestial points to appease them? Second, can these imaginary points selectively respond to offerings of different colours of food grains identified with specific zodiac signs made to pundits, and relieve us of our suffering? It is simply difficult to digest, no matter how much assumed Puranic stories try to justify.

Now, let us understand, what happens during Solar Eclipse. Because Moon stands in way of solar radiation reaching out the earth during eclipse, the amount of infrared ordinarily available gets significantly reduced. Here, it is pertinent to note that it is the infrared available with solar radiation which keeps bacterial growth in check. And cooked food or cut fruits remain vulnerable to quick bacterial growth. In olden days proper facility for preservation of food was not available. Nor was such heating mechanism in place that could be effortlessly ignited to warm up the food just before you eat. Accordingly, in order to ensure intake of healthy food, the elders improvised a method to avoid such food as would be susceptible to bacterial invasion. In today’s time, we are equipped with proper preservation facility. Also, we have user friendly heating devices that could be effortlessly used to warm up our food as and when we need. So, the age old practices of fasting and not to have in store cooked food or cut fruits during eclipse are no longer relevant as of now.

Now coming down to the closure of temple doors during eclipse time, it again appears to be an unmindful exercise by the self-acclaimed custodians of our belief system. Temples are supposed to be the place of abode of deities, symbolising divine bodies, supposedly engaged in discharging different heavenly duties vital to our existence. Is it humanly possible to ever put the system driving the universe individually and collectively to a state of rest? Don’t you think that if it were possible, the system as such will collapse? How long shall we allow the ignorant to drive us crazy with such ill-conceived blind beliefs?

It is high time that we show doors to the charlatans known to instil a sense of unnecessary assumed fear in gullible people’s minds to serve their vested interest. In so far as the possible good or bad implication of eclipse is concerned, it has already been detailed in the previous issue.

But having said that, let me make it clear that if we are aware, we can prepare ourselves to intelligently negotiate with the challenges coming our way. We can’t stop cyclones, pandemics, earthquakes and societal churning from coming. But, through human efforts, we can certainly minimise the damage, as we have been successfully doing during such eventualities. The so called belief driven remedial measures would do no good.