Astroturf | If we resolve, we can change

Astroturf | If we resolve, we can change 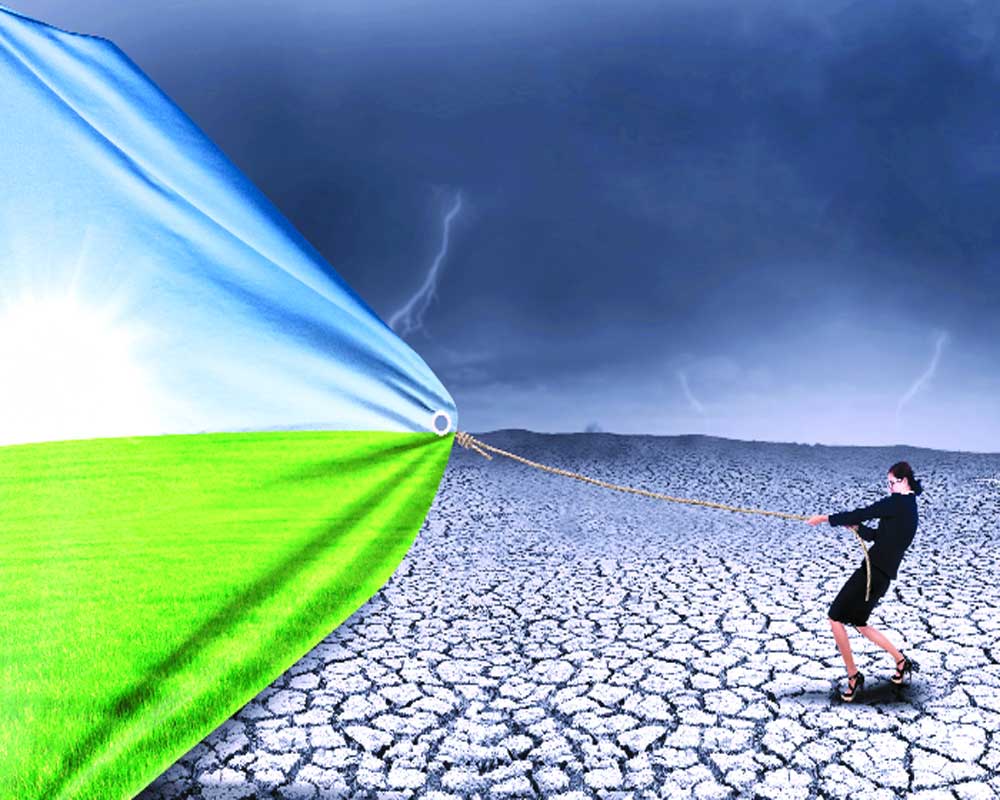 My secretary ushered in a seemingly gangster character to my chamber, making me wonder what he had come for. “How can I help you?” I asked. “Sir, I have come for an astrological consultation. I don’t have my actual birth time. It is somewhere between 13.30 to 14.00 hrs. Your secretary tells me that you need to figure out the exact time of birth, before she can draw my chart,” the man replied.

Having ascertained his particulars, I made a ruling planet chart at that particular moment. Based on that, I fixed his time of birth at 13.29 hrs. “How could you arrive at my exact time of birth so quickly? And how authentic is that?” asked the young man. “My friend, there remains continuum in time. Remember, what you encounter this particular moment is the culmination of the doings in the past. And this moment carries the seeds of how things are expected to evolve in future. Going by this gnosis, the ruling planets at the moment of consultation should match the one at the time of your birth. This is the premise on which the Krishnamurty system of astrology rectifies time of one’s birth. We then try to cross check whether the chart drawn reflects major happenings in the past. This is a well proven method.

Based on observations of the chart drawn at the corrected time of his birth, I then asked him a few questions: Are you eccentric by nature? Do you have a fixated one-track mind, often stuck to your own perceptions, no matter how delusionary or realistic it might be? On slightest provocation, do you get into fighting mode? Did you leave your education unfinished? Have you been ever associated with criminal activity? You are highly egotistical, not open to look beyond your own perceptions? Have you ever been to jail? “Yes, that’s all true. But I have since changed myself, and now single pointedly pursue my business,” he answered. I, then, asked him time bound questions? How good or bad was close to your 22nd year? What good initiative you took at the age of 26-27? “Sir, 21st and 22nd years were horrible. During the 26th year, I formed an all India organisation, and a year later I took business initiative,” the man responded.

So, his chart reflected with precision not only his inherent personality traits but also important happenings in the past stood true to the callings of the timeline arrived out from the chart. Let us now look at the astrological pointers to above. The Sun placed adverse to Uranus speaks of his eccentric nature; to Neptune makes him stuck to his delusionary perceptions; and to Jupiter reflects his inflated ego. The lagna lord and the mind signifying Moon though exalted but occupying the nakshatra owned by the Sun, too, resonates latter’s traits. Mercury placed adverse to Saturn accounts for fixated one-track mind. Saturn and Mars are together, with latter conjunct erratic Rahu. Both Mars and Rahu occupy the nakshatra owned by Moon, the lagna lord. That makes him temperamental, irritable, haughty, intolerant and impatient. Also, it makes him susceptible to criminal association. 12th sub-lord Venus occupies the nakshatra owned by Mars, which is conjunct Rahu. Association of the 12th cusp to Rahu makes one vulnerable to imprisonment. 4th house marked with formal education seems to be clouded, being the reason for his incomplete education. For, in the first place, 4th lord Venus is ill-disposed off to the Sun. Second, the 4th cusp sub-lord Mercury occupying its own nakshatra, happens to be the 3rd lord, which being 12th from 4th serves as contra-indicative to education prospects.

Now about the events, during 21-22nd year, the 10th cusp would have progressed close to natal Moon, which being ill-disposed to mischievous Neptune, had put him under great strain. The natal Sun being 26 degrees behind the 10th cusp, would progress at that age on latter’s axis, is how he could establish an all India organisation and took business initiative. All these vindicate efficacy of the system put to use.

The question now is, despite all negative traits, what brought about positive change in him. Wisdom oriented Jupiter occupying intelligence signifying Mercury owned sign, made him self-reflect and take corrective steps. Remember, ego, which would be otherwise limiting, if given a positive turn can prove equally rewarding. Also, bear in mind; human beings enjoy the exclusive privilege to guide their actions by choice and discrimination. So, once someone makes a conscientious choice to reform oneself, he can transcend all odds.