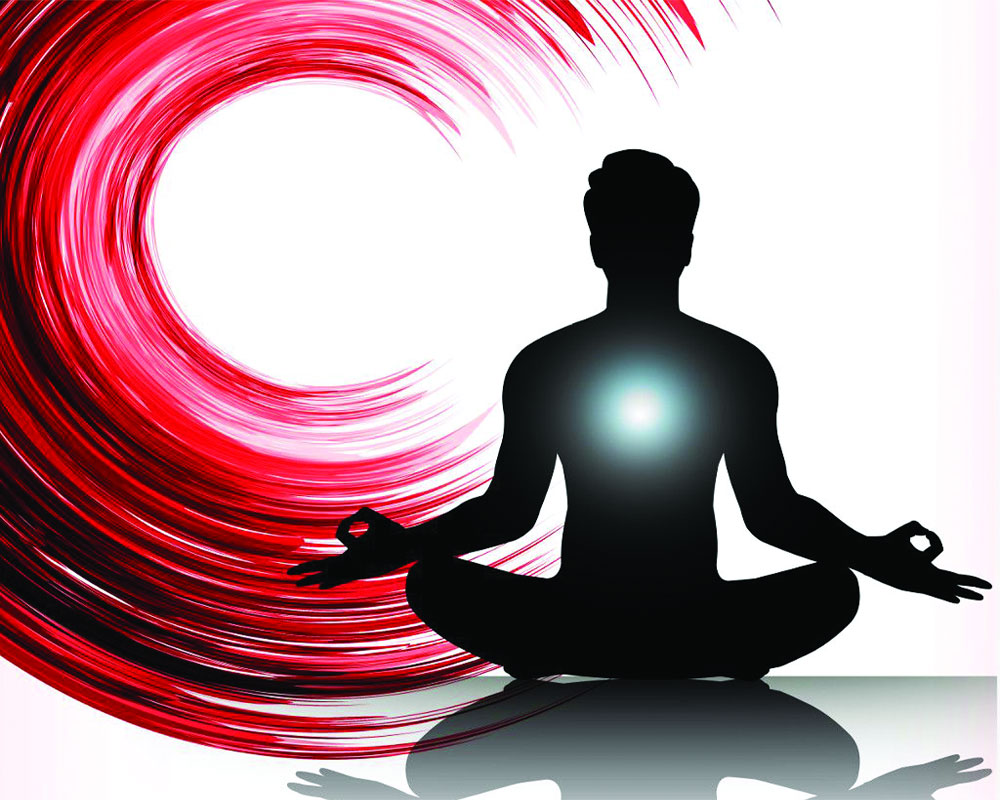 Since ancient times, 112 methods of attaining the state of Yoga are known. Meanwhile, a good number of new methods, improvised by many experts all across, are also in evidence. The obvious question now is: Which one out of them to pick up that may prove the best? You can’t anyway evaluate and rate them, as all are equally potent. Based on my experience, I suggest Contextual Meditation. It very well follows the footprints of none other than Patanjali, the proponent of the concept of Dhyana.

The process is named as such because it is so designed as to suit each individual seeker, and so acquires contextual relevance. In this scheme of things, two working tools are in use — an imagery to focus upon, and a mantra specifically dedicated to the former. Both the imagery and the related mantra have to be individual specific, based on what particular aspect of one’s personality traits would be wanting, warranting necessary correction. The process calls for focusing attention either on a specific concept or some iconic figure carrying valued educative import, simultaneously reciting the related mantra. Remember, we are all born imperfect, each one of us carrying inherent weakness. We need to address our individual specific weakness and get empowered to ensure a successful life ahead with ease and comfort.

The paradox, however, is that often the seeker’s ego won’t allow dispassionately identifying and acknowledging one’s fault lines. Evidently then, it will be still difficult to identify the right iconic figure and the related mantra. Here comes the role of an enlightened Guru. He first lets you see your mirror image, with all its good and bad. Accordingly, he picks up the right imagery and its related mantra. Say for instance, if one is to focus attention on Ganapati’s imagery, there are specific mantras dedicated to it. One out of them as advised by the Guru, as would suit you the most, is to be repeatedly recited while focusing attention on the imagery.

The mantra is so designed as to excite vibrations that resonate to the spirit underlying the imagery in focus. The two tools put to use simultaneously helps becoming one pointed faster. Pursuing the process for a continued stretch of time on a regular basis, one’s mind gets well-tuned to the both the imagery and the mantra. Eventually, one gets into a state of seamless awareness. Mind, thus trained as such, wherever one pays attention, shall remain effortlessly focused for long. You, thus, would be able to put in your whole into whatever you attend. That may help you successfully pursue the task in hand to its logical end with relative ease and comfort.

The process as such is pursued in self-reflective mode. Purposely so as to absorb and imbibe the specific virtue reflected by the iconic figure. Over a period of time, as the concept gets absorbed in the inner realms of mind, it begins to spontaneously find reflection in one’s usual conduct. Some of the iconic figures suggested may apparently look like religious symbols. The intent, however, is not to promote any religious belief. Rather it works two-fold. First, it serves as a focal point for mind to dwell upon. Second, it helps induce particular value system through repeated self-reflection on the educative import that the symbol carries. Those averse to the idea could improvise a symbol or a concept suited to their belief or perception.

The concept as such is based on sound reasons. Remember, ancient India’s learned masters had very well understood the realities of life in holistic terms. They understood very well that our personality trends are rooted in the thought seeds parked in the inner realms of mind in energy format. Ostensibly then, for any personality related weakness on our part, there has to be some deficiency in our energy-construct as well. Accordingly, they designed the process in a way that takes care of both the aspects simultaneously, and hence the two tools suggested — imagery in focus and its corresponding mantra.

To address our personality related weaknesses, they wished to drill in our mind a sense of how to ensure measured conduct. This would be achieved by reflecting upon educative import of the imagery in focus. The echoes generated through repeated recitation of the mantra, helps find connect with corresponding energy-source, and augment its absorption level to meet up any void in our energy construct. Thus, came into place, a composite self-awareness and holistic self-healing programme.